Respawn Entertainment officially released the second major update for Apex Legends on Tuesday, February 19, and data miners have already began scouring through the game files – and have stumbled across some that suggest movement and Titans from Titanfall could be on their way.

The February 19 update brought a whole host of fixes for the game, as Respawn attempt to combat bugs that have saw the game crash on various platforms.

While the update itself didn’t introduce much in the way of new content, files that have been found in the patch suggest that fans of the game won’t have long to wait before they get to try out some new modes. 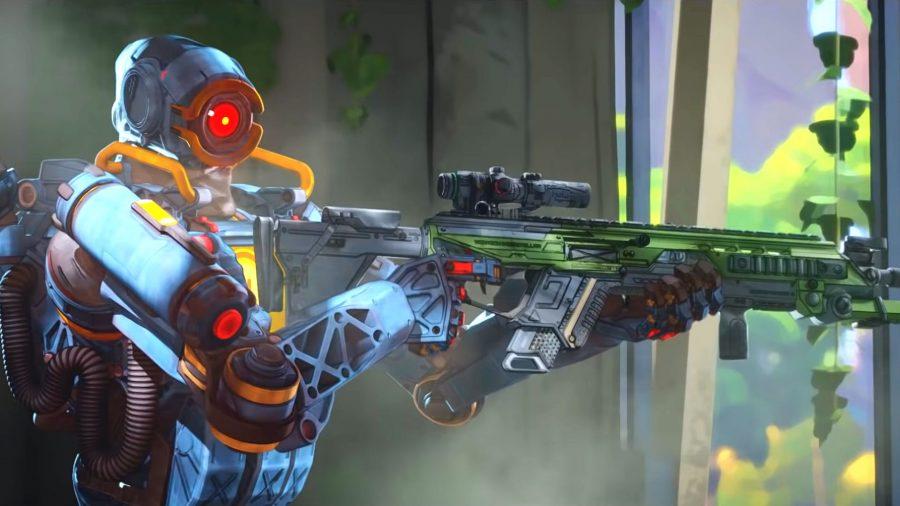 A new Titanfall-themed game mode could be on its way.

First reported by @RealApexLeaks
on Twitter, it seems that fans of one of Respawn’s other major
franchises may soon see a crossover between the two, as files suggest
that a Titanfall-esque game mode could be coming to Apex Legends.

Mentioned specifically in the mode is the JumpKit that has become a staple of movement in Titanfall, which sees small jetpacks strapped around the waist of a player, allowing players to use the item’s thrusters momentarily to help them gain altitude or move away from danger.

Wallrunning was also spotted in the files, meaning Apex Legends players could soon see themselves running along sheer vertical faces to enter into combat, or escape the grasps of enemies.

I really don't know what these do, but it definitely mentions these 2 abilities – Wall Run and Jumpkit.#ApexLegends #ApexLegendsBattleRoyale #ApexLegendsleaks pic.twitter.com/RmFwwyBPkN

Also found in the game’s files were four four lines of code specifically mentioning Titans, the
name given to the giant robots that players can sit inside and use to
dominate opponents in Titanfall, but it’s currently unclear as to whether we will see Titans in the same mode as wallrunning or the JumpKits.

The code, which appears to be named JumpKit, mentions building time,
health and rebuild time which seems to indicate that players will be
able to repair their Titan if it gets destroyed.

LEAK: Okay, so I found this new mode. It has used the word "Titan" a lot in it's class.

This is definitely a test mode for devs as max players and max teams are only 1. This is not cache from Titanfall as it was added just today.#ApexLegends #ApexLegendsleaks pic.twitter.com/WCHFDiWHqQ

Apex Legends was originally intended to be Titanfall 3, with various files created for the game found in Apex Legends. RealApexLeaks states that these are not residual files from the original Titanfall 3 development, as these were not previously in the game, and were definitely added today.

As with any leaks, nothing is set in stone, and Respawn may never choose to use the JumpKit mode in the actual game.

There is currently no official date for any of these leaks to be added to the game, but stay tuned to Dexerto for more information as it becomes available.