One Apex Legends fan has caught the eye with their amazing Wraith cosplay from the recent Iron Crown Collection event.

Ever since the game launched back in February, the Apex Legends community has been awash with fan creations – including everything from cosplays, fan art, and even concepts for new in-game items. The cosplays, in particular, have impressed everybody from fellow players to the game’s developers.

In an ever one-upping contest, fans don the look of their favorite heroes. One of the most popular, Wraith, always helps produce an eye-catching look – and it’s no different this time around either.

Wraith Iron Crown skin is a world away from her usual look.

In a post to the Apex Legends subreddit, user robot_giggles showed off their stunning cosplay look that they took to the recent PAX West event. The costume is inspired by Wraith’s ‘Protector of the Void’ skin from the Iron Crown Event.

While some cosplayers will go as far as wielding an impressive custom-built weapon, robot_giggles just went all out with their look – detailing the maroon and gold-colored skin with insane accuracy.

The cosplay even came complete with the huge new shoulder pads and cross-angled face paint to make it seem as if Wraith had just stepped out of Kings Canyon and into the real world. 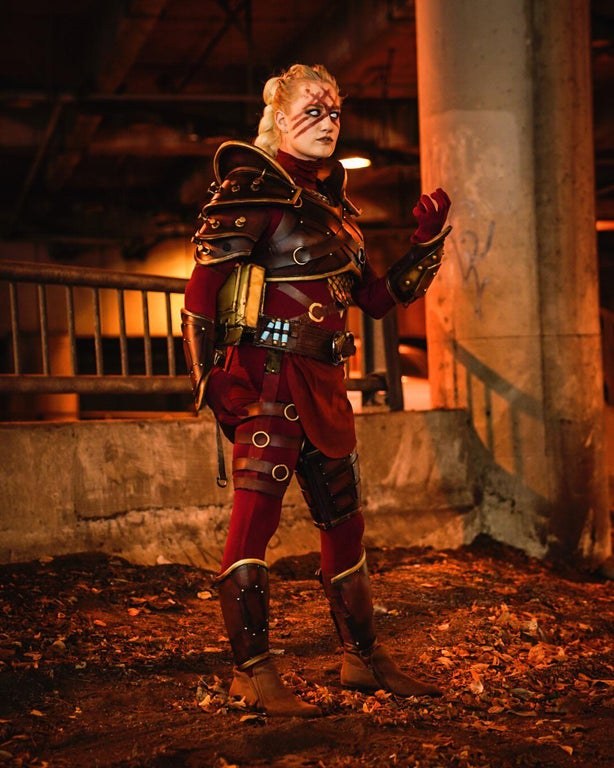 The cosplay was that impressive that some members of the subreddit thought they were seeing an in-game screenshot.

“I thought this was a screenshot, bravo,” posted user GT_Legend2. Another, going by the name Flikkrz, added: “Holy shit, I thought that was actually Wraith for a second and thought there was going to be a Pax wraith skin.”

Comment from discussion For PAX West I decided to try Wraith’s newest skin. I hope you like it!.

As Wraith continues to be one of the most popular characters in the BR game, Respawn Entertainment is even gearing up to give the legend her own event called ‘Voidwalker.’

It has already been revealed that there will be significant in-game content, including the Wraith Town location, a brand new limited-time mode called Armed and Dangerous, as well as some cheaper cosmetics.

It remains to be seen if the character will get any new skins in her dedicated event, but if she does, it won’t take long before we see plenty more stunning cosplays.