The release of the Apex legends Season 5: Fortune’s Favor launch trailer has hinted at many changes coming to the game. However, some think it’s also teased an ability for the next after Loba.

A new trailer was released just days before the arrival of Season 5 on May 12, which shared a full look at the latest character Loba Andrade, and changes to Kings Canyon.

However, some fans believe that Loba was not the only new character to have a presence in the trailer, after an ability resembling something from Rampart’s kit, a leaked Legend, was seen in action.

Loba is the latest character to be added to Apex Legends.

Rumors around the release of Rampart started to spread following leaked game files in February 2019, which also predicted the addition of Wattson, Octane, Crypto, and Rosie (who has been renamed Loba ahead of Season 5).

While little has been heard about Rampart for some time, one of his leaked abilities allows him to place a mounted turret on the ground. A data miner believes we may have now seen the turret in action.

Apex Legends data miner ‘Suum’ was among the few who noticed the turret in the trailer, which appears around the one minute mark for a split second, and suggested that it could be a teaser for Rampart in Season 6. The color scheme on the device is similar to Rampart’s expected look, according to a leaked image of upcoming Legends.

This will maybe be reused for Rampart's Turret in S6. pic.twitter.com/JFcnq6GoiU

“This will maybe be reused for Rapmart’s Turret in S6” Suum explained, revealing which Legend he was expecting following the release of Loba.

Rampart’s other leaked abilities are similar to that of an engineer, with a wrench rumored as his melee weapon that can repair any damage dealt to structures, as well as strong synergy with LMG’s in his kit.

You can see all of Rampart’s leaked abilities here.

When rumors first began to spread about the Legends, many believed that Rampart was likely to be next in line following the release of Crypto and Loba, although Forge has also been highlighted as a potential character too. 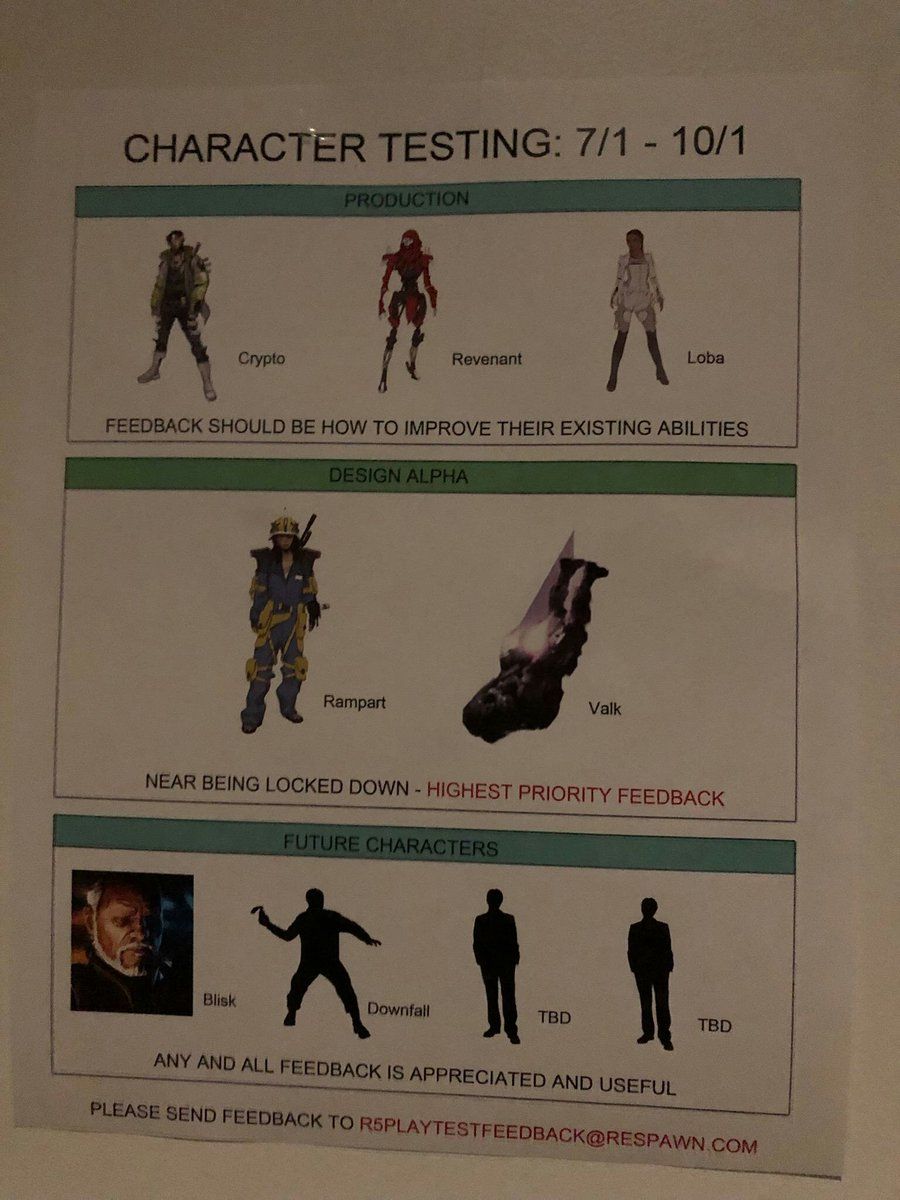 An image of Rampart among other Legends which allegedly surfaced from Respawn’s studio.

As of now, it is unclear which future Legend Respawn has shifted their focus to, and if this bizarre device resembling a mounted turret in the trailer is a sign of things to come.