A strange bug has been discovered in Apex Legends that’s causing players to suffer untimely deaths for apparently no reason.

Despite the fact that it’s been one of the most popular online multiplayer games since its release, Apex Legends continues to be plagued by a large variety of bugs, glitches, exploits, and hacks.

While some of the bugs are minor and have mild effects, others, like the one that’s found recently, can potentially be game-breaking and ruin players’ gaming experience.

On May 1, Reddit user ‘thedarkmuse’ posted a gameplay clip from one of his matches in Apex Legends which showed the effects of this inexplicable glitch.

In the clip, the player and his squad were looting the supply ship when his teammates noticed a few death boxes stuck between the ship’s main body and one of its thrusters. 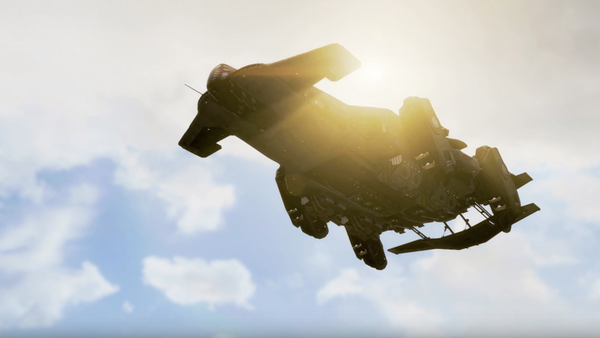 This is not the first odd bug discovered to exist on the Supply Ship.

Deciding to loot those death boxes, both teammates jumped down from the side of the ship to the thruster, but as soon as they got close enough to start looting, they immediately got eliminated and their death boxes added to the stash that was already there.

The in-game kill-feed indicated that both players got “crushed,” and despite their third teammate still being alive, they got fully eliminated right away and were never in a knocked state, which means they never got the chance to be revived.

Similar to other insta-death bugs

This is not the only instance where a bug in Apex Legends has caused players to inexplicably get fully eliminated with no apparent reason whatsoever.

It’s been widely documented that certain points on the map have issues with their coding, and when players step on those specific points, they game reacts as if they’d fallen off the map and causes them to be instantly eliminated.

Of course, the fact that the Supply Ship can be buggy is a fact well-documented, and it became apparent when a different glitch was causing players to awkwardly slide across its surface and meet their doom.

Another example of insta-death bugs includes one that randomly applies a fatal amount of fall damage to players flying down from a respawn ship, an example of which can be seen in the video below.

It goes without saying that experiencing bugs like these can lead to a very frustrating gaming experience, and can eventually cause players to turn away from Apex Legends.

While some glitches can be put up with, the truly game-breaking ones pose a real threat to the game’s longevity and integrity, which is why Respawn should make fixing and cleaning up the game a top priority.