Popular Twitch streamer Chance ‘Sodapoppin’ Morris recently took aim at so-called “no-lifers” in World of Warcraft Classic who put the grind above all, but he seemed to forgot one very important detail during his rant.

WoW Classic came out on August 26, 2019, and it proved to be one of Blizzard’s biggest surprise successes of the year, with old and new players going back to play the game how it was when it first came out in 2004.

Now, roughly five months since release, there are still plenty of players grinding away in Classic Azeroth, especially after the introduction of the PvP ranking system and battlegrounds.

PvP is one of the highlights of WoW Classic for some players.

Before we go any further, a brief explanation of WoW Classic’s PvP system, and the grind it requires, might be helpful for those of you who aren’t familiar with how it all works.

To make things simple: a player’s rank in Classic is determined by the amount of honor they can accumulate, and players gain honor and rank primarily by playing PvP matches in the various Battlegrounds.

Some of the most powerful items in WoW Classic are only available to those who grind to the highest PvP ranks (the top is Rank 14) which can literally take days, if not weeks of playing just PvP. 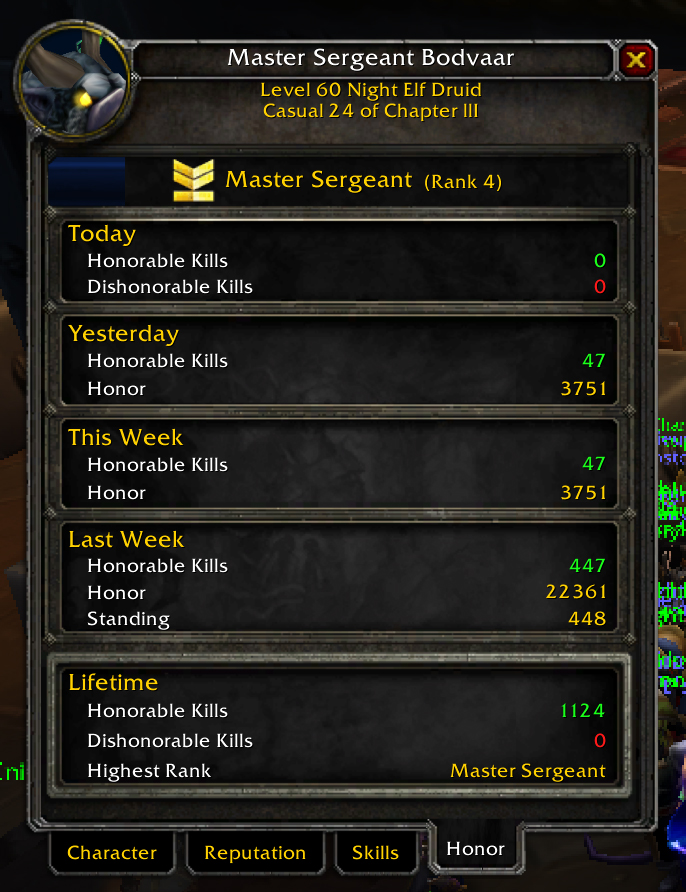 Honor is tallied each week in WoW Classic, and the amount of honor points a player has determines their rank.

The Alterac Valley Battleground first came out on December 10, 2019, and almost everyone was immediately grinding away trying to get the highest rank possible.

During a stream on January 17, Soda blasted players who had put their WoW honor and rank ahead of their family and loved ones for the Christmas season.

“I made fun of a lot of the players because they skipped Christmas to grind Rank 14, and I mailed them coal,” Soda joked. “Who the f*ck skips Christmas? At that point again, I was kinda done.”

But, Twitch chat being who they are, weren’t about to let Soda forget that he was also among those who had no life during Christmas.

“You?” I didn’t skip Christma-oh,” Soda laughed after he realized he had inadvertently been talking smack about himself and that he had been playing during the holiday as well.

The WoW Classic grind doesn’t show any signs of letting up either, with the endgame dungeon “Blackwing Lair” going live on February 12 and offering players even more powerful weapons and gear.