Blizzard announces when Ahn’Qiraj will open in WoW Classic

Blizzard has officially announced the start date for the new dungeons in WoW Classic, which will take players deep in the desert of Silithus to Ahn’Qiraj.

Ahn’Qiraj, or AQ as it’s more commonly known, originally came out in January 2006, and actually contains two different dungeon areas; the 20-person Ruins, and the full, 40-person Temple, both of which will be unlocked after players open the Gates of Ahn’Qiraj on their server.

To unlock the Gates of AQ and open up both areas, there will be a server-wide world event that will begin on July 28 and go through three different phases. Every player can (and should!) participate in gathering war supplies whether they’re on the Alliance or Horde, and there are also Epic and Hardcore quest chains for the top guilds on the server to complete in order to open the gates. 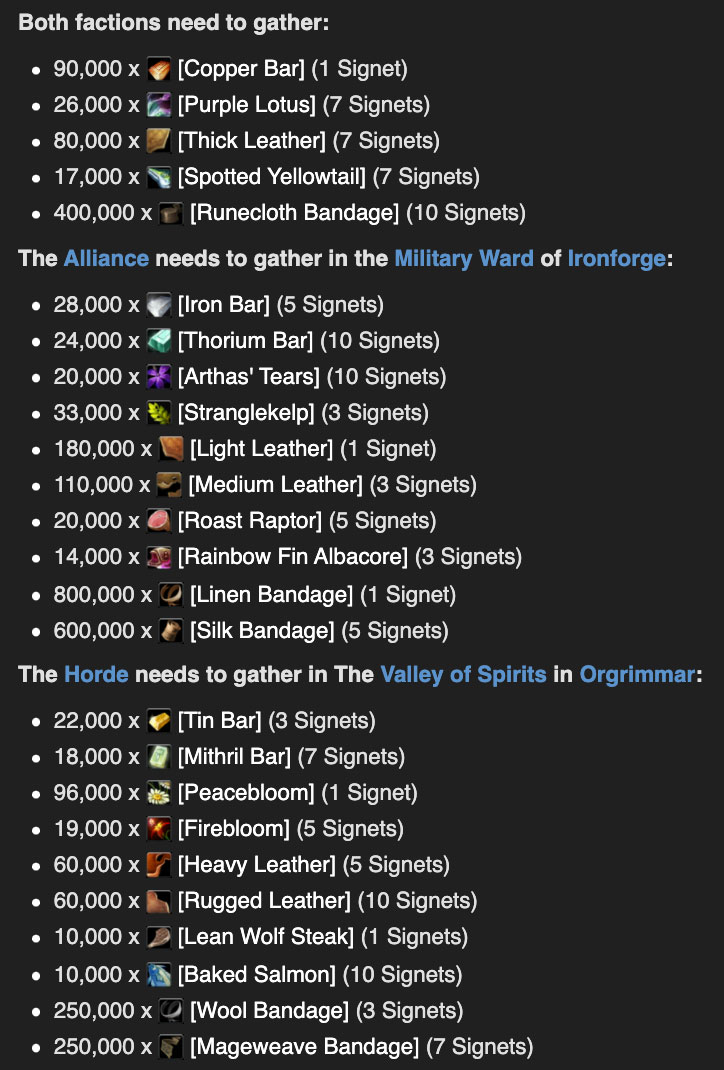 Finally, once both of those are done and Alliance/Horde war supplies are transferred down to Silithus (which usually takes about 5 days), there will be a large, 10-hour battle starting as the gates open. Players will have to defeat powerful enemies and bosses before guilds and groups can start running the 20 and 40-person raids.

Ruins of Ahn’Qiraj (AKA AQ20) is the 20-person raid, and it uses a similar loot system to Zul’Gurub, in the form of tokens dropped from bosses and mobs that can be used to complete quests for item rewards. Like ZG, the quests and items from Ruins are class-specific.

For AQ Temple (AKA AQ40), it is highly recommended you come equipped with gear that can resist nature damage if you want to make a clean run. The first few bosses are on par with the hardest in Molten Core, while the second half is tougher than anything Classic players have faced so far, minus World Bosses.

The Gates of Ahn’Qiraj is often referenced as one of the best world events to happen in WoW.

There is a ton of good loot to find as you descend into the instance and work your way towards the final battle with C’Thun. AQ40 is one of the first raids where Blizzard actually gave items the correct stats for the classes that would be using them. For example, useless modifiers like strength or defense won’t be found on healing items from the instance; instead, items will actually be tailored for use by specific classes.

The Ahn’Qiraj world event and instances are fondly remembered by players who were around when it first came out on January 3, 2006. Back then, the first server to open the Gates was Medivh, on January 23, 2006, so it will be interesting to see if over a decade of experience will have it open sooner – and which realm will take the bragging rights this time around.