Nintendo might only be considering video game characters for future additions to Super Smash Bros. Ultimate, but we couldn’t help think about how these 10 TV characters would look in the arena!

There are many popular figures that feature on our television screens, whether that’s from movies from the past or booming TV series of the present, and many of them would make incredible fighters – while others would not.

However, we can’t help but feel that the Super Smash developer is missing a trick by not trying to entice popular personalities to join fighting experience – in a way that Negan from the Walking Dead, who was arguably the biggest villain on television at the time, was announced for Tekken 7 in August 2018.

While Smash clearly has a very different identity to Tekken 7, moves like this enhance the game’s chances of attracting a larger audience.

So, let’s take a look at the Top 10 TV characters we believe would take Smash to the next level… 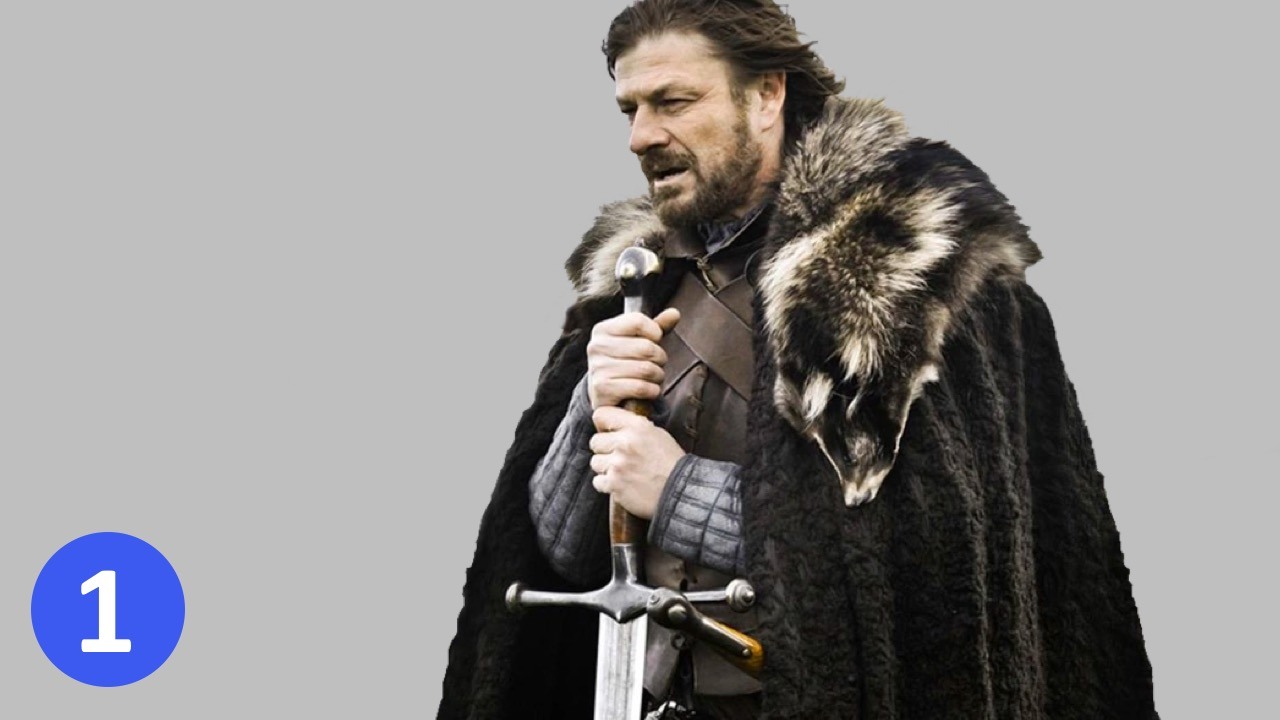 Ned Stark, one of the most prominent characters in the opening season of HBO’s Game of Thrones.

Let’s kick off with one man from Game of Thrones whom fans wished they saw a lot more of in the HBO series – the noble Eddard ‘Ned’ Stark.

He introduced the saying: “He who passes the sentence should swing the sword” to viewers around the world and that, in itself, captures what type of values this tremendous character has. Lord of Winterfell, a great swordsman, and a powerful presence – everything you would want in a Smash character. 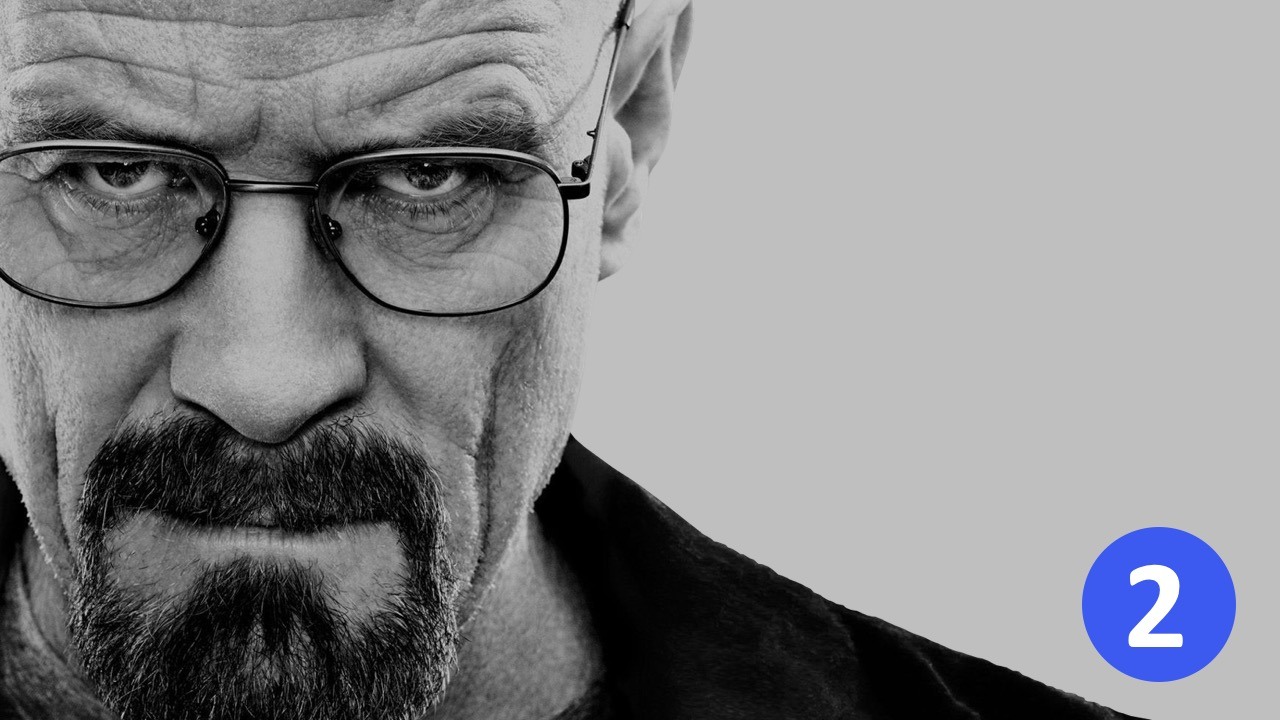 Walter White first gave himself the street name ‘Heisenberg’ in Season 1, after meeting Tuco in an epic showdown.

Whether you choose to call him by his actual name, Walter White, or the nickname he gave himself in Breaking Bad – Heisenberg – one thing is for sure, he would be an amazing fit for a fighting game.

Just thinking about how he would work in Super Smash Bros. Ultimate, Walt could have many different evil maneuvers in his locker. After all, on TV we have seen him switch between both a normal husband who leads a calm life as a teacher and a guy who goes around blowing up buildings – that dynamic would play out impeccably in a video game. There are so many possibilities! 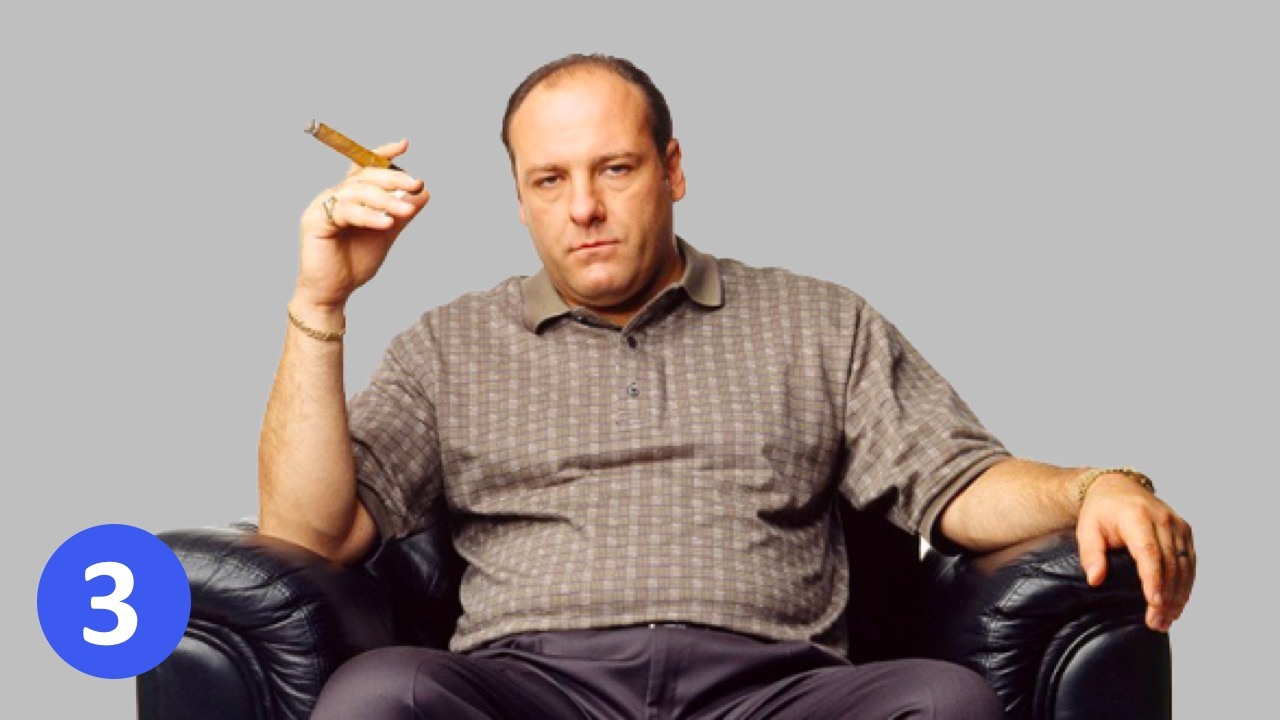 Tony Soprano, perhaps one of the greatest characters to ever appear on television.

Tony Soprano would easily be able to transition between the business of waste management to taking on puny characters like Mario, Luigi and others in Super Smash Bros. Ultimate. If you have seen The Sopranos, which was first released by HBO back in 1999, you will know that this no-nonsense protagonist is built for this sort of thing.

What his fighting character might lack in speed, he would definitely be able to make up for in strategy and power. You wouldn’t want to come up against this guy 1v1, that’s for sure. 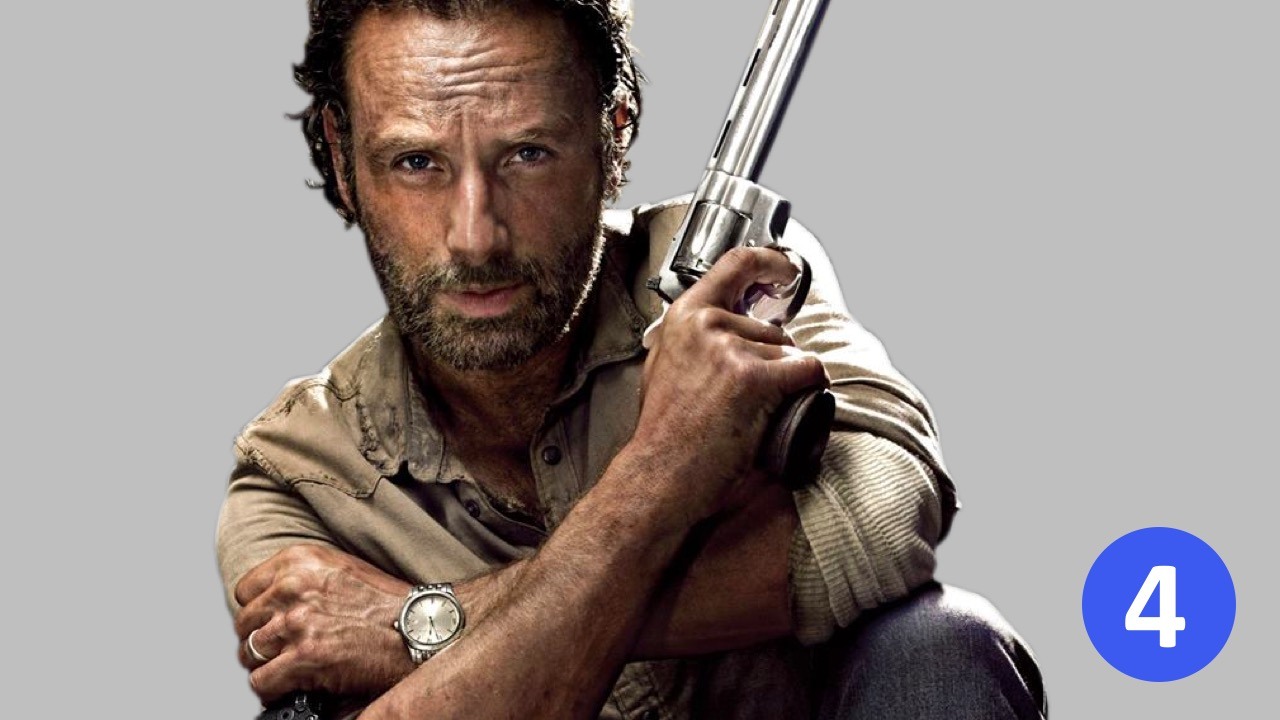 Rick Grimes has been the main character in AMC’s The Walking Dead TV series since the beginning.

Now, this was admittedly a toss-up between a few characters from The Walking Dead. Of course, Negan has already debuted in a fighting game, Tekken 7, so he won’t be picked – despite him being an obvious choice. Daryl Dixon is widely popular among the fan base, particularly those that have watched the AMC TV series from the start, and Michonne is too busy keeping the group together on the show to branch out to other things right now.

There’s just something about Rick Grimes that makes us think that he’d fit the part in Super Smash Bros. Ultimate. Whether it’s the swagger in his walk, the multiple weapon opportunities for the character or the fact that he’s put every ounce of everything he has to survive a zombie apocalypse, Rick deserves to be in a fighting video game like this.

Perhaps his Smash attack could involve the axe he was forced to use in Season 6 or maybe another famous weapon from the series, such as Michonne’s sword or Daryl’s crossbow. Maybe not today, maybe not tomorrow, but they should make this happen! 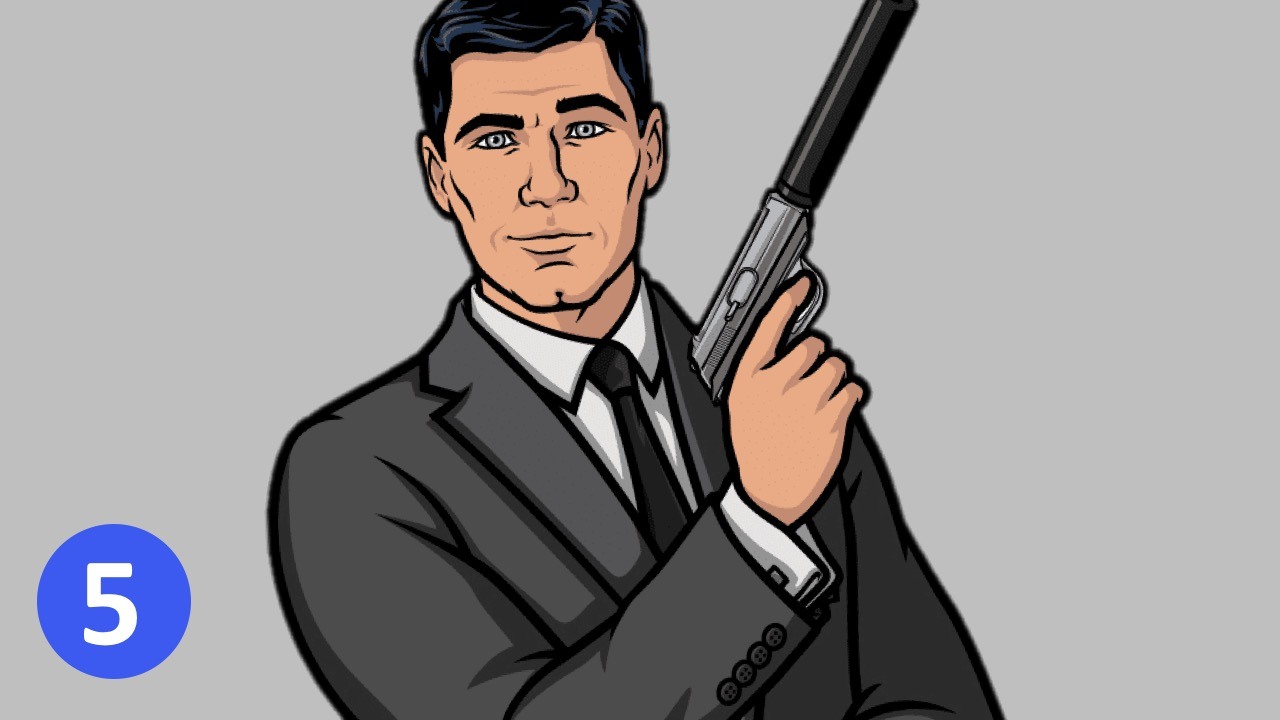 The fictional character might be known as the world’s deadliest spy in the animated adult sitcom Archer, but he would also slot right into Super Smash Bros. Ultimate as one of the most effective characters.

While an obvious choice for his Smash attack might be to pull out any weapon from his arsenal, we think something that delves deeper into his character might be more fitting. The character is petrified of crocodiles and alligators, so how about incorporating that into his move-set and having one of the two leap up from behind him and crash their tails into his opponent! It might settle his nerves a little. 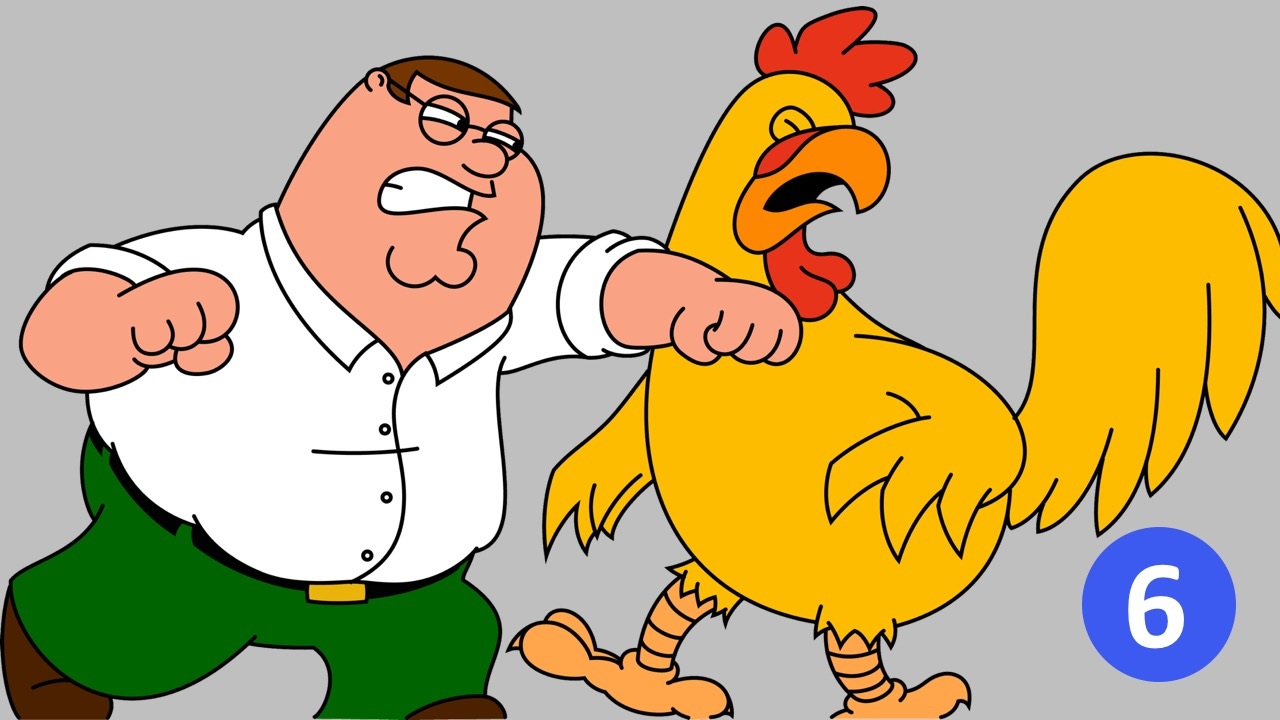 Peter Griffin has had some epic showdowns in Family Guy over the years.

You know, maybe some video footage of his prolonged fighting scenes from Family Guy should be played by Peter Griffin in front of a panel of Super Smash Bros. Ultimate characters if he is ever interviewed for the job.

The FOX character might not strike you as a mean character with the physique for battle, but if you’ve ever seen him go toe-to-toe with the chicken – or even Homer Simpson in Season 13, Episode 1 – it’s quite clear that Peter could be in Super Smash Bros. Ultimate.

Despite viewers being aware of him since 1998, on and off, Griffin is still a very unpredictable man and perhaps that should show in his move-set. Maybe his signature move would vary, one minute it’s a strike with a bottle of Pawtucket Patriot Ale and next time he pulls a sword on you in a pirate costume. Who knows? 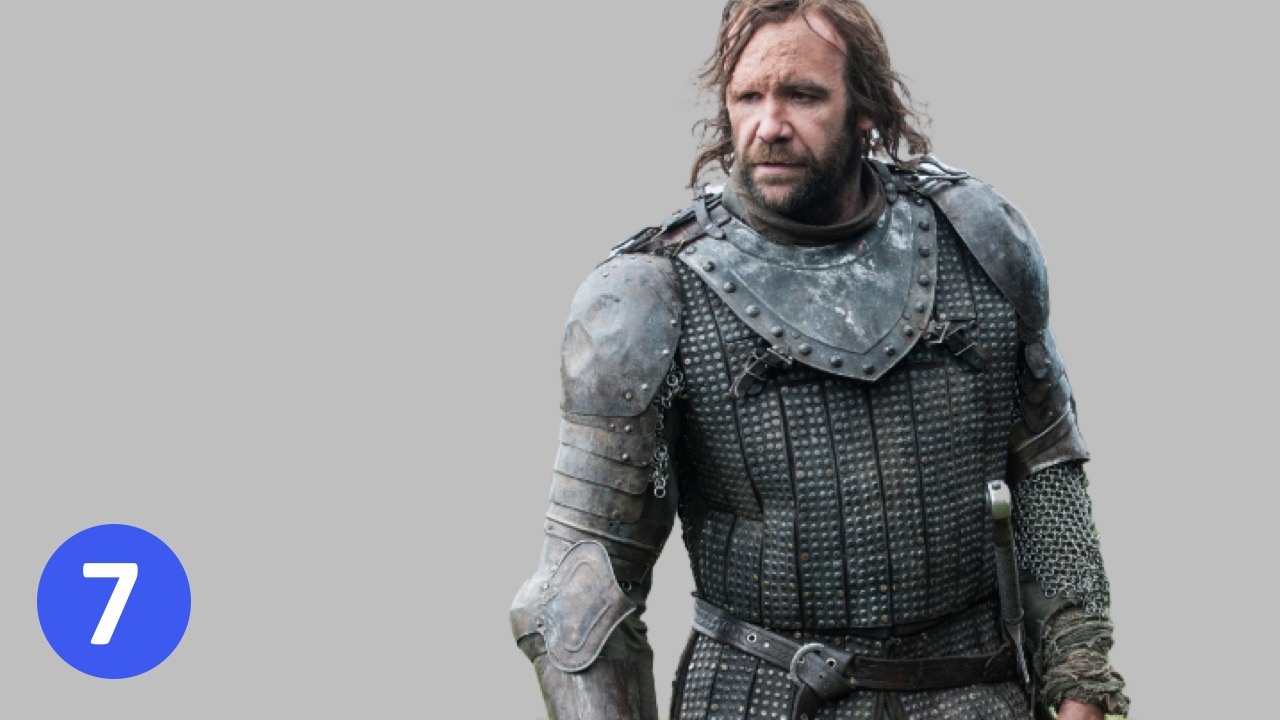 The Hound from HBO’s popular television series Game of Thrones.

There are a lot of big characters in Game of Thrones and strong cases could be made for each of them. With a likeness to The Mountain and Brienne of Tarth, in terms of their size, fighting style, and stature, The Hound is one of the most dominating forces in the television series. He could destroy other fighters in Super Smash Bros. Ultimate with his bare hands if he wanted to.

But, aside from that brutal side to his character, he’s got a softer side to him as well. His character is much more than a scary face, there’s a strong backstory and his fear of fire is a big part of what makes him different to other tough guys in the series.

It could be interesting to see that play out in a video game and despite his size and raw power, his weakness could be the fire of Charizard and other fighters in Smash. 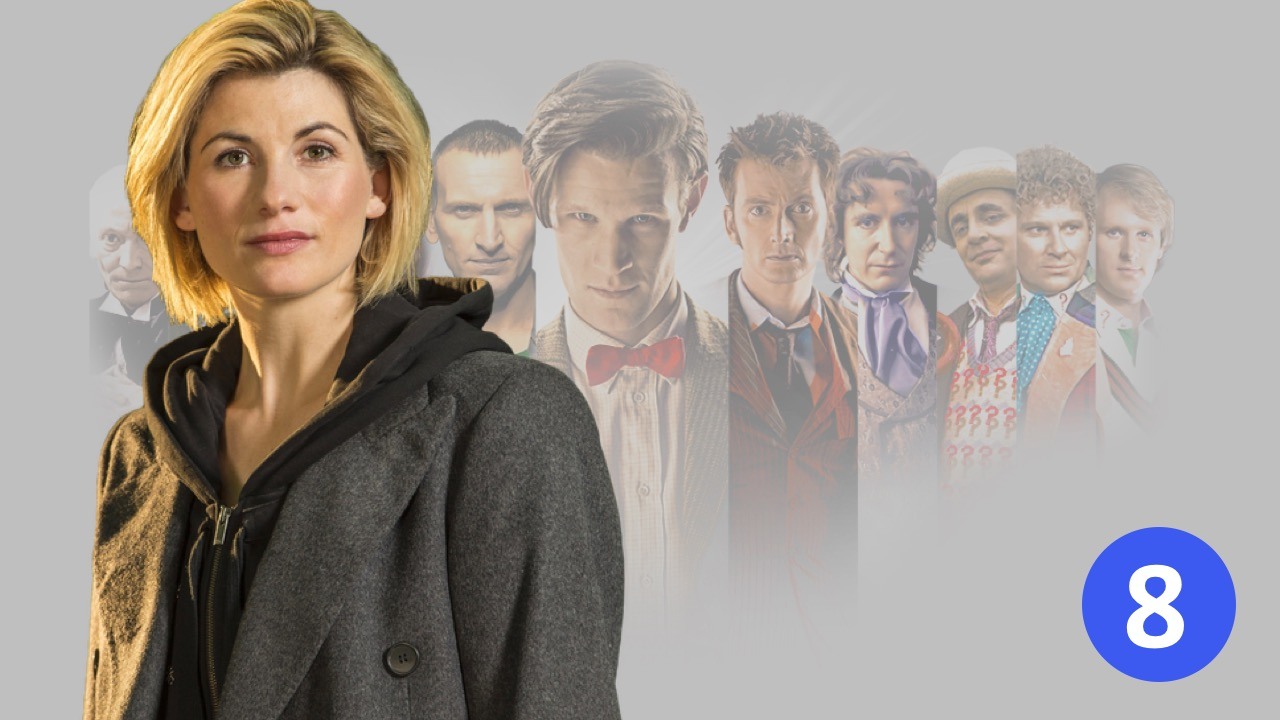 Doctor Who, a mysterious time lord character from the BBC’s popular TV series.

Where many other selections have been concrete and certain about which character we’d like to put forward, building the Doctor into a game like this would provide players with endless opportunities. Any of them could appear!

The Time Lord has the ability to regenerate into different characters every so often and it would be really interesting to see him – or her, as the character is currently played by the series’ first woman lead Jodie Whittaker – use their Sonic Screwdriver and genius inventions to bypass shots on Smash. They could still transform into Doctors of yesteryear for their Smash Attack too, possibly including some popular characters from the series too, such as the Daleks, Cybermen and more. 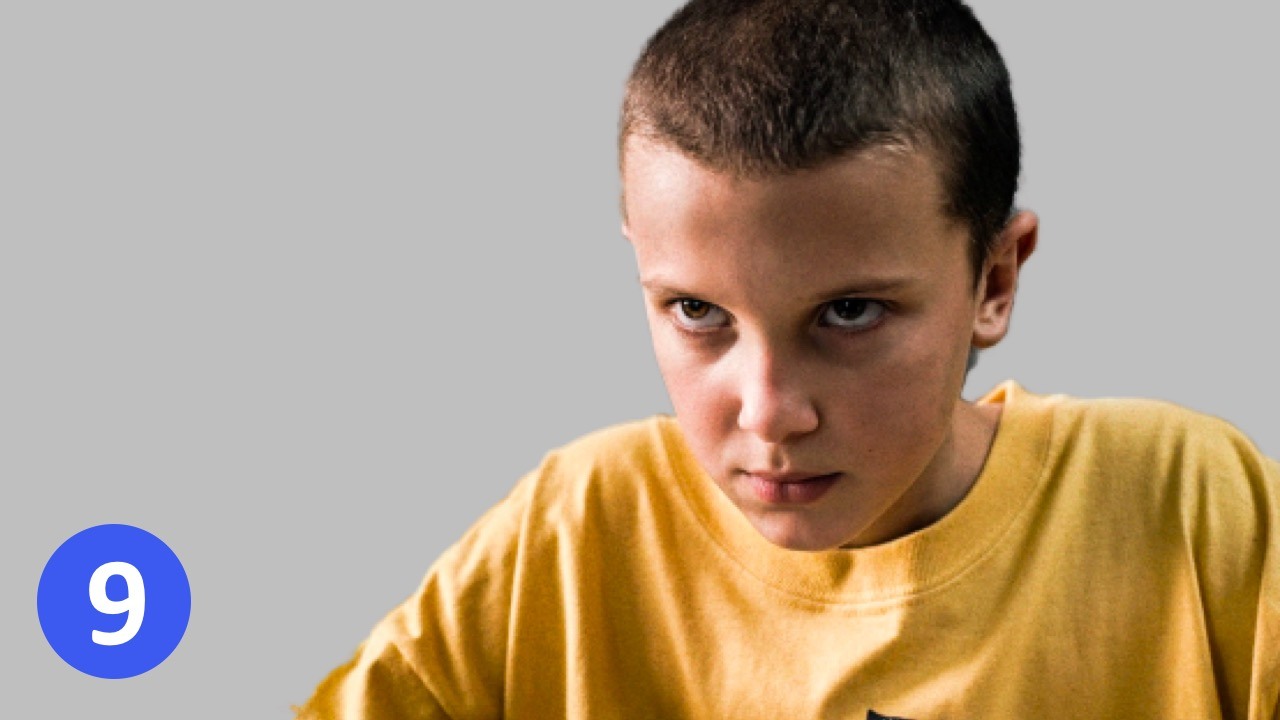 Eleven, a fictional character from Netflix’s very own Stranger Things.

Our ninth pick is actually Eleven, which sounds rather confusing, but she had to be included in this wishlist!

She is the main protagonist in the Netflix exclusive series Stranger Things and has the ability to do things that some us can’t even imagine. As fans wait anxiously for Season 3, which is expected to be released in July 2019, we can’t help but feel that Eleven’s powers could be used to destroy players on Super Smash Bros. Ultimate as well as fending off The Demogorgon in Hawkins.

Her Smash attack might cause her nose to bleed a little. However, the effects could be devastating for anyone who stands in this young girl’s way. 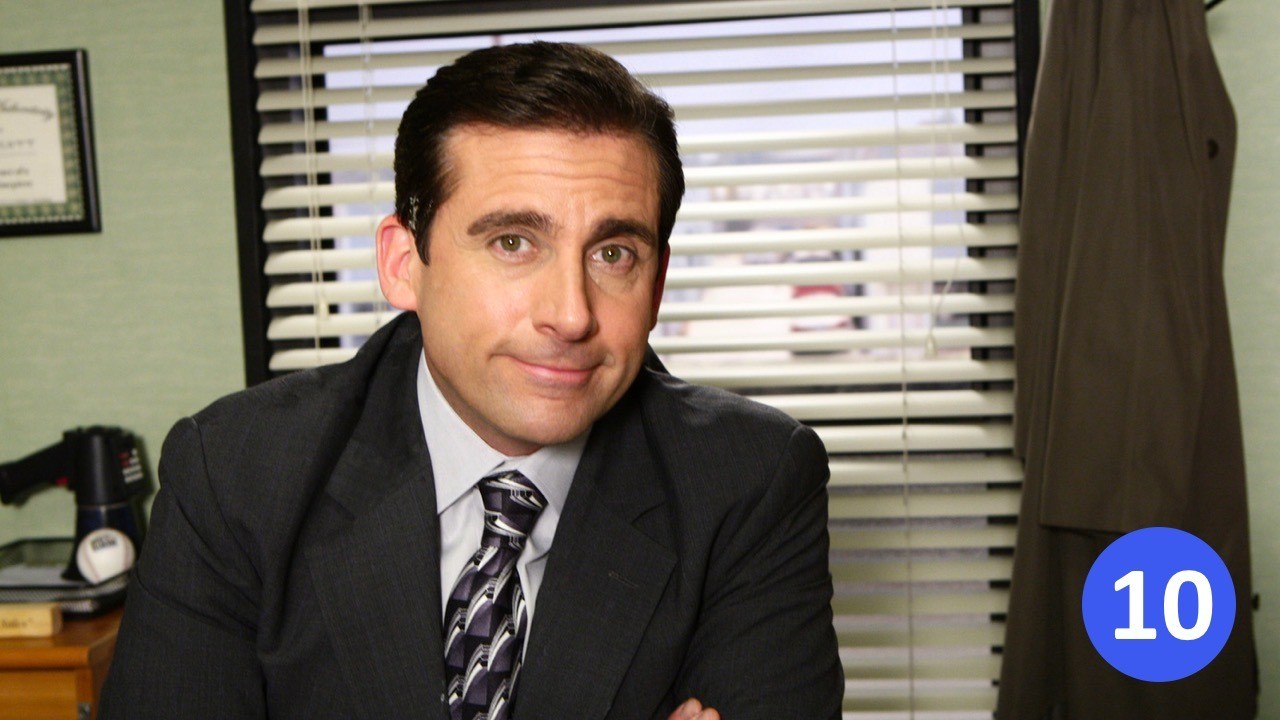 Michael Scott from The Office (US), the hilarious regional manager of Dunder Mifflin’s Scranton branch.

When we were picking the last character of this list… We knew exactly what to do, but in a much more real sense we had no idea what to do.

Michael Scott might be one of the most hilarious, offensive and awkward characters ever shown on screen, but we think he’d make one hell of a fighter – though, there’s not much evidence to that claim.

This is a man who somehow managed to burn his foot with a George Forman grill. If that’s not a dangerous character, what is?