A year after the Xbox release, PUBG is finally available on the PS4! Here is everything you need to know for the launch, including gameplay video, maps, settings and more.

The game is ready to download and play right now! Further modes such as duo and FPP will become available when there are enough numbers playing the games to sustain these modes.

Until today, PUBG PS4 gameplay videos had been almost non-existent. There are now some 720p live streams floating about but given the resolution it is difficult to obtain a full impression of the game.

Here is the pre-lobby in full 1080p. There are a couple of frame rate hiccups but overall it feels smooth enough. In comparison to PUBG Xbox it is either slightly better or at least equal to it.

*Only on Xbox One S

Three maps are available from the PS4 launch: Erangel, Miramar and Sanhok. These three are the maps currently available on PC and Xbox also. Vikendi, the upcoming snow map, is scheduled to be released in January.

For first time players checking the settings before you drop is very important.

Aim sensitives can be very different to other shooting games on console. Battlefield and COD (Blackout) uses aim assist. Therefore the aiming feels very different and consequently there is a learning curve attached to it.

The default aim assist values are on the slower side. Presumably this is intentional to get you used to the game. However, if you are used to playing with that aim mobility then we recommend increasing each of these.

The settings are broken down into various parts which are explained below. If you play with average sensitivity on Call of Duty then you’ll want to increase the defaults on PUBG.

Hip-firing in COD is different to PUBG whereby you can slow the aim down by holding L2 (or L1). More information on this in the controller button preset below. We recommend increasing the sensitivities of the closer scopes more so than the long-range ones.

The default controller button preset in PUBG is set to type A. This results in you tapping L2 to aim down your scope (ADS). This isn’t what most gamers are used to. Initially, it was an issue on PUBG Xbox as there was no alternative. After lots of feedback, type B was introduced which lets you ADS by using the traditional method of holding L2.

Finally, don’t change your sensitivities too frequently. Even if you have a suitable sensitivity for you, it will still take a little bit of time to get used to. 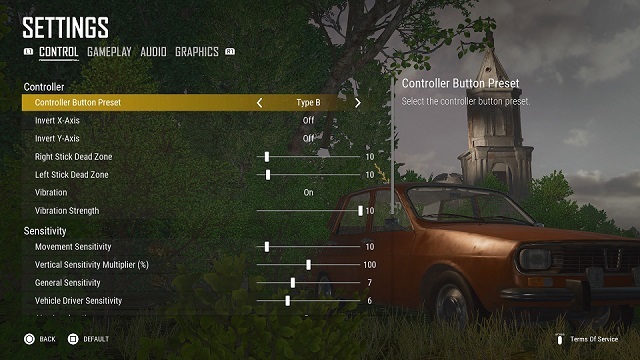 The settings menu for PUBG on the PS4…

Vikendi will be coming to the PS4 (and Xbox) in January. Meanwhile for PC players it is available to play on PTS right now!

Tips from a friendly Xbox player from r/PUBGPlayStation