Official: PUBG is coming to the PS4! The hugely popular Battle Royale, Player Unknown’s Battlegrounds, game will be released on December 7.

It has been rumored for several months now, but Sony have now made it official. PUBG will release on December 7.

PUBG was considered the first “realistic” Battle Royale game with its competitors, upon its initial release, being Fortnite and H1Z1. An early access version of the game first came to PC in March 2017. A game preview edition would then release for Xbox in December 2017 also.

The PUBG PS4 release will be the full version.

100 players will be competing for the coveted Chicken Dinner in Erangel, Miramar and Sanhok. That’s right, all three maps will be available on release day with a further “winter map” coming in December.

The standard 100 man Battle Royale will be available alongside custom matches, event mode, trophies, a ranked system and “much, much more”. The following versions are available to pre-order: 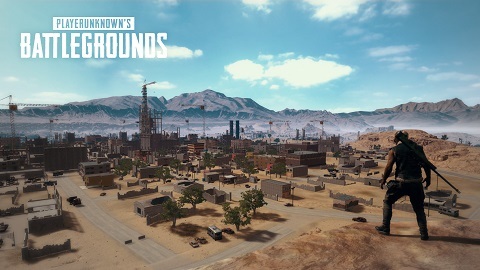 Why the Delay on PS4?

There is no official reason why the PS4 release has come so long after the PC and Xbox versions. There do appear to be two primary reasons though.

Firstly, the Xbox release was dubbed as a console exclusive. Consequently, many assumed this would be a year’s worth of exclusivity, which based on the December release date would be correct.

Also though, the Xbox version has been plagued with bugs and performance issues. These issues were so prevalent that it was rumored Sony wanted all of the issues ironed out before allowing it to release on PS4.

The OG Xbox ran PUBG in 1080p whilst the Xbox One X outputted the game at 4k. Both games were programmed to run at 30 FPS but in truth it frequently fell below this number.

This was one of the performance issues that frustrated the PUBG Xbox community. As a result Bluehole have confirmed they are working on performance options for the Xbox game.

Optimistically, yes. It has been suggested Sony’s release process is stricter than Microsoft’s. This suggests any issues will be at least diminished when PUBG is released on PS4.

The base PS4 system is more powerful than the OG Xbox also, meaning the game will have more power to play with. The PS4 Pro isn’t as powerful as the Xbox One X though.

Consequently it appears the PS4 may have a base resolution of 720p whilst the PS4 Pro runs PUBG at 1080p. The resolution could also be dynamic whereby it changes depending on what is happening in the game.

The official PUBG website also states the game will run at 30FPS. This will be disappointing for console gamers who were optimistic the Playstation may out-do the Xbox and run at 60FPS.

Hopefully it results in better peformance than the Xbox experienced.

It has also been confirmed there won’t be mouse and keyboard support for the PS4. Interestingly, the website listed this news as “unfortunately” it won’t support it.