Despite the PUBG PS4 announcement occurring nearly a month ago, there hasn’t been any PUBG PS4 gameplay released. Until now…

Even with just two days to the release of PUBG on the PS4, Sony and Bluehole remain coy when it comes to PUBG PS4 gameplay footage. However, one gamer found the game on a local listing online which turned out to be legitimate!

Surprisingly after popping the disk into the PS4, and after a 33GB download, the game is already working. Interestingly, this is significantly more than the PUBG Xbox download size which is 14.5GB.

Moreover, you can actually play online! Well, sort of. Lobbies are available but given the release date is still two days away, there are no players in them! This does mean you can enter the pre-lobby though and get a feel for the game. The below video comes from Redditor u/Tastes-Jammy.

In truth, not a lot can be ascertained from the video. The menu is the same as Xbox. When entering “spawn island” the textures take a second to load in. This may seem slow but if the textures load this quickly across all the maps then this is an improvement on Xbox.

We can then see Erangel from the plane before the game finishes giving out the chicken dinner. The video footage was recorded on the PS4 Pro and is described as a solid 30 FPS.

The Real Test Is yet to Come

Roaming the map without any other players and being in the plane by yourself isn’t exactly testing the PS4’s capabilities. The real test will come when there 100 players in the game with close quarter gun fights.

Nevertheless, it is an encouraging start. Console gamers will be cautiously optimistic the game releases with a solid frame rate and that the early input lag that plagued the Xbox is a thing of the past.

For those interested here is the PS4 cover art, front and back. 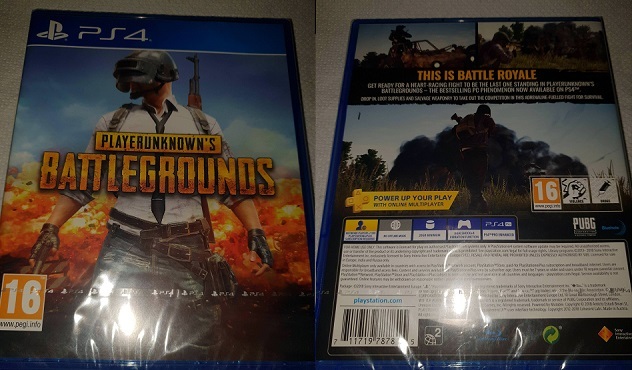 The front and back cover for PUBG on the PS4. Image from: u/Tastes-Jammy

For PUBG news and memes head over to our PUBG Facebook page.

The Sims 4 Moonlight Chic & Little Campers Kits review – Are they worth it?

xQc reveals he lost $2 million during a single gambling stream