Attention is slowly turning to what the 2021 Pokemon game will be. It looks like it will be one of four options: a Pokemon Diamond & Pearl remake, a Let’s Go sequel, X & Y remake/sequel or more Sword and Shield DLCs.

Long-term fans of the franchise will know that new Pokemon games aren’t announced until February at the earliest. However, this year has been a little different – in multiple ways.

With a brand new title being skipped over this year for two Pokemon Sword and Shield DLCs, it makes the timeline for a new game less clear. So, while we expect whatever the next game will be to come in late 2021, we can’t be sure when an announcement/release for that title will be.

What we can be sure of – or confident on – is that the 2021 title will be either a Diamond/Pearl remake, a sequel to Let’s Go, a game based on the Kalos region, or more Sword and Shield DLCs.

We can even narrow this down further as the safe money is on a Diamond/Pearl remake or another Let’s Go game. Which of these four options do trainers want the most, though? 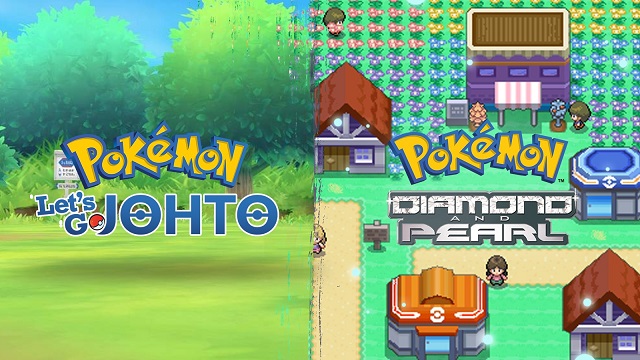 A poll has been created to find out that very question. As of writing, there have been over 1,100 responses and already there is a clear winner.

70% of respondents said they wanted the next Pokemon game to be a Diamond/Pearl remake. Given the cult status of the Gen 4 games, which many believe are the best in the franchise’s history, it’s hardly a surprise it is currently winning.

The margin as to which it is winning though is a little more surprising. 70% shows just how much hype there is about a return to the Sinnoh region.

Which #Pokemon game is next? 🤔

A new Sword Shield DLC and some form of continuation of the Kalos region came in at 12% and 11% respectively. This probably shows two things. Firstly, despite having two DLCs already, there is demand, at least from some players, for more Sword and Shield content. Secondly, while Kalos is a popular region its appeal doesn’t span throughout the entire Pokemon community.

The most shocking takeaway from this poll was how often trainers responded for a Let’s Go sequel. It has only received 7% of the vote.

Whether that’s down to trainers being really excited for a Gen 4 remake or that there hasn’t been enough time since the first Pokemon Let’s Go game released, we don’t know.

Outside of potential new Sword and Shield expansions, we’d think the rest of the games will come to fruition at some point. The only question is when.