Shiny hunting in Pokemon Let’s Go is the latest craze! Some Pokemon trainers have been more successful than others whilst attempting to catch shiny Pokemon. We discuss how to increase the odds.

With the hype surrounding shiny Pokemon you’d be forgiven if you assumed there was a statistical benefit to them. Put bluntly, there isn’t.

Shiny Pokemon behave and perform exactly the same as their non-shiny counterparts. Their benefit comes through their scarcity.

The rarity of them makes them extremely coveted. This is primarily due to bragging rights and being a collector’s item.

Consequently, Pokemon Let’s Go players have been putting in an incredible amount of hours trying to find them.

Some have found them without trying to whilst others have spent in excess of 10 hours trying to get them, with no luck. Understandably those who are trying so hard to find them are becoming frustrated.

What is the rarest shiny Pokemon you have captured and how long did it take you? ⏱️ #PokemonLetsGo pic.twitter.com/2KL968o9eH

The data mine before the Pokemon Let’s Go release confirmed that catch combos increase the chance of a shiny spawn. Logically this is further increased when using a lure as more spawns are occurring.

Furthermore, the shiny charm, which is obtained after completing the game, will increase the chances further. We explain catch combos and the shiny charm in the link below.

Catch combos, also referred to as chain count, unquestionably increase the chances of shiny Pokemon spawning. This has been proven in the code so it is a factor you can bank on.

However, there is a misconception whereby a lot of Pokemon trainers believe a catch combo of greater than 31, even beyond 100, increases the odds further. Whilst this isn’t proven to be false there is no evidence to suggest it’s true. Nevertheless, if shiny hunting make sure you are putting those catch combos together. 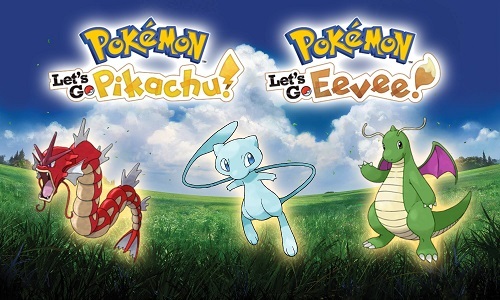 Some of the rarer shiny Pokemon in Let’s Go… don’t waste your time on Mew though!

Increasing the odds of spawning a shiny Pokemon in Let’s Go has been a hot topic all over the Pokemon community. One method that has come to light is the RAM method.

This is based on the premise that wild Pokemon reappear unless you encounter them. As a result you may be seeing the same Pokemon over and over. With that said there are two ways to remove these “repeat” Pokemon.

If you encounter these Pokemon, and then run away, they will be removed from the spawn pool.

More simply however, is to reset the RAM. This results in an entirely new pool of wild Pokemon being used. Changing routes or even going up/down a ladder apparently resets the RAM.

There are two big differences between catch combos and this recently plugged RAM method. As stated above catch combos have proven to increase the chance of a shiny Pokemon spawning in the game code.

The RAM method makes sense also but is not proven. Even so given the simplicity of potentially resetting the RAM (leaving a route), it seems sensible to utilise this.

An interesting subplot to the validity of this theory is whether ignored shiny Pokemon respawn when ignoring them. Anecdotal evidence thus far suggests they don’t respawn although this could easily be down to statistical variance.

Stand Still or Fly Around?

Shiny hunting in Pokemon Let’s Go will continue to evolve until the odds of encountering a shiny Pokemon are maximised. On top of catch combos, lures and the game code (RAM), there is the debate as to whether it is more efficient to stand still, walk or fly around.

Now, Pokemon trainers have different opinions on this but the numbers indicate there is a conclusive answer. By flying around, on a route which covers a large patch of land like Route 17, you can go through more wild Pokemon spawns than you can by walking or standing still.

The counter argument to this is it is less efficient on your lures. However, when factoring in the increase in Pokemon spawned vs the cost and time of acquiring those lures, it is still far more efficient to fly around.

Verlisify actually explains the logic behind this very clearly in the video below. Examples of numbers behind this are included as well.

Legendary Pokemon such as shiny Mewtwo should be caught with a different strategy, however. The quickest way to capture a shiny Mewtwo is discussed below.