Nearly two months after release, Pokemon Let’s Go is getting its first update. Whilst not officially confirmed, the update is expected in January.

The first patch for Pokemon Let’s Go, also being referred to as update 1.1, was first reported by serebii.net. The date of patch 1.1 is yet to be confirmed but is scheduled for late January.

The patch focuses on bugs and fixes. This is opposed to new content or even the introduction of new features.

The one confirmed change for 1.1, at least according to serbeii.net, will fix an in game error which causes Pokemon not to register in the Pokedex if received from Mystery Gift.

Another requested change is a quick dismount feature. Currently, in order to dismount a flying Pokemon, you need to select another one of your Pokemon to follow you. This is simple when you know how to do it but nonetheless a longer process than it should be.

Perhaps the most obvious fix required is when thrown Pokemon balls go in the opposite direction. The cause or reasoning of this is unknown but doesn’t appear to be intentional.

An additional change that would be welcomed by all Pokemon Let’s Go players, would be the ability to use more than one candy at a time. If you have saved up a lot of candies, it takes an unnecessary amount of time to use them all. 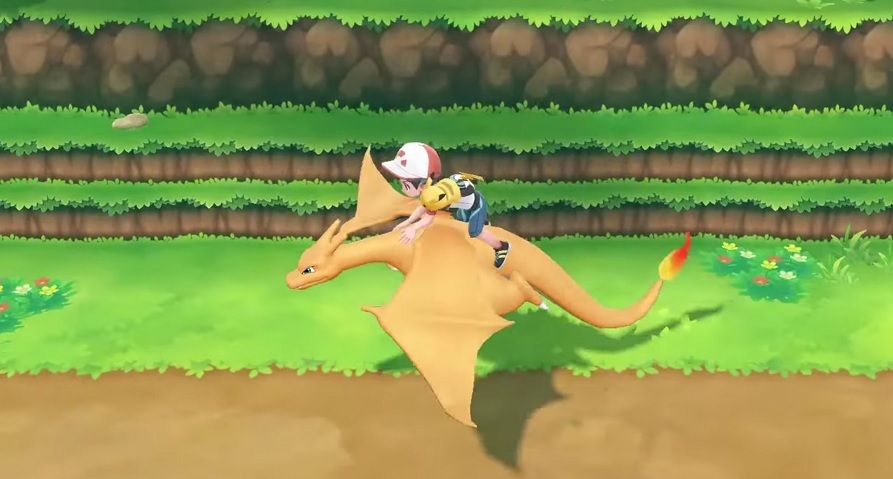 A lot of feedback regarding Pokemon Let’s Go revolves around the ease at which you can control the game. Due to the requirement to have the Poke Ball Plus as a controller, some processes within the game, take longer than they need to. Therefore, compatibility with a Nintendo Switch Pro Controller would streamline the game.

Assuming these reports are true, we can expect an announcement from Nintendo themselves in the coming weeks. To clarify, the above suggestions are logical changes and have by no means been announced or even hinted at.

If you want these changes in Pokemon Let’s Go then let Nintendo know! In the meantime we’ll keep you updated on our Pokemon Twitter page.