Confirmed last month, the first Pokemon Let’s Go update is available to download now. The 1.0.1 patch fixes various bugs but does not include any new content.

As per the Nintendo support site, the first Pokemon Let’s Go update focuses on fixing an issue with the mystery box. Other updates include a small change in the form of Pokemon markings as well as other gameplay fixes which remain unspecified. Full patch notes can be found below:

Here is how to download the latest Pokemon Let’s Go update: 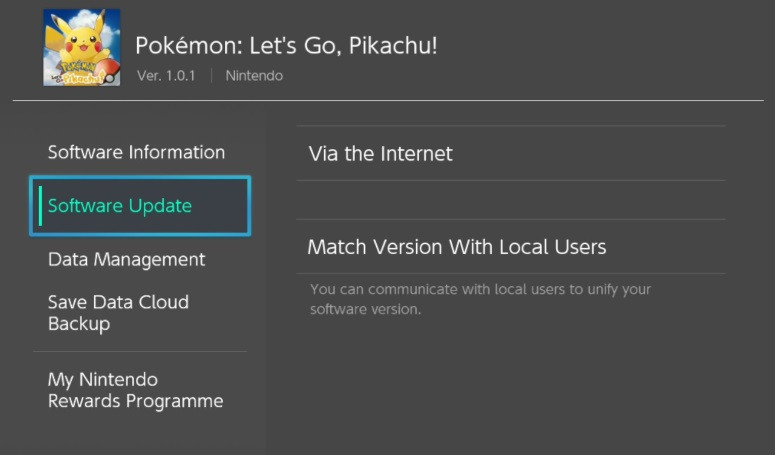 The 1.0.1 Pokemon Let’s Go update will disappoint some fans. The Pokemon community were optimistic that this patch would bring new content and potentially even new features to the game.

However, with nothing substantial and a download size of just 33.9MB, Pokemon Let’s Go players will have to remain hopeful for those type of changes in a future update.

With a reported Pokemon Let’s Go sequel coming down the line, it might be the Pokemon Company’s strategy to leave big changes until then. Consequently, Pokemon’s first appearance on the Nintendo Switch might not receive any new content unless it’s in the form of a DLC.

Nevertheless, there is little doubt that Pokemon trainers will continue to request the more obvious changes for Let’s Go, such as: