Funko, the manufacturers of the popular licensed pop culture collectables, have announced that Bulbasaur will be the second Pokemon to be released. A line of additional Pikachu Funko Pop’s were also announced!

Following the initial release of Pikachu, Bulbasaur has been confirmed as the second Pokemon to be collected in the series. The grass-type Pokemon from generation 1, will be available on February 27. This day isn’t just any day either, it is the official Pokemon day!

Funko Pops have proven to be a collector’s dream. Last year, when the Pikachu Pop was released, both the normal and large sizes sold well. Funko have provided various cult figures such as characters from Harry Potter and Lord of the Rings. They even have a model for MMA superstar Conor McGregor.

The success of the first Pikachu Funko Pop has clearly encouraged Funko to make some more. A new Pikachu figure will be released every month through to January 2020.

The official Pokemon page has even provided the names of these yet to be released Pikachu Pops. These are in chronological order by month. 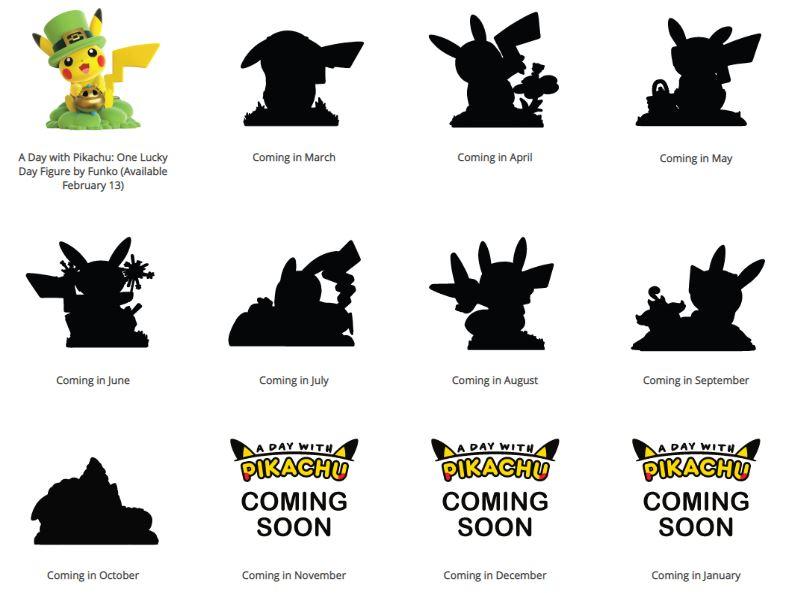 Fans of the Pokemon video game series have been eagerly awaiting news on the upcoming gen 8 game. Nintendo have confirmed a new Pokemon game for the Nintendo Switch will release in late 2019, which will most likely be November.

Read More: Pokemon 2019 Game – What to expect and could the game look like this?

Interestingly, the November edition of the Pikachu pop is called, “A Cool New Friend”. It could be coincidental but the pieces of the puzzle fit together to suggest a surprise here!

Moreover, the silhouettes of the last three models are blanked out. Could this be the traditional three starter Pokemon for gen 8 or perhaps three other Pokemon from the yet to be announced generation.