A new batch of Pokemon Sword and Shield details were revealed on October 1, with the most interesting of those being the upcoming game would host 18 gyms. This is not true however, as the Pokemon Company have clarified.

The initial reported stated that Pokemon Sword and Shield would feature more gyms than any other mainline Pokemon game has previously. The report elaborated by saying that these would be split across between a ‘major league’ and ‘minor league’.

The Game Informer website have now clarified this though, after the Pokemon Company reached out to them. They shared the original quote from Shigeru Ohmori: “From an actual gameplay and experience perspective, there will be certain gym leaders that will be different depending on which version you’ve played. In terms of the setting itself, the background to the story is there’s like this Japanese-style J-1 and J-2, like minor league and major league kind of concept. There are 18 different types of gyms in the story, and depending on the version, which gyms are in the minor league and which gyms are in the major league are different. For example, in Sword, the fighting-type gym will be in the major league, but in Shield, the ghost type. The idea is that every year, the Galar region is playing and which gyms make it into the minor league versus the major league changes. Of course, as always, there’s a difference in the kinds of Pokémon you can encounter.“ 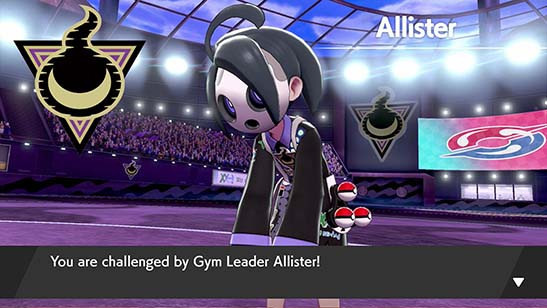 Allister will be exclusive to Pokemon Shield…

Following the misinterpretation the Pokemon Company clarified there will not be 18 gyms: “In the Galar region, Pokémon Gym Battles are popular sporting events, and the 18 different types of Gyms that exist in Galar contribute to the background setting of the story in Pokémon Sword and Pokémon Shield. In each game, Trainers must collect eight Gym Badges to complete the Gym Challenge and earn the opportunity to participate in the Champion Cup. Over the course of the main story, Trainers will challenge eight Gyms, which are all in the Major League. Which Gyms appear in the Major League and Minor League will differ between Pokémon Sword and Pokémon Shield. For example, depending on the version of the game, Trainers will be able to challenge different Gym Leaders, such as Bea or Allister. Each version will have eight Gyms and eight Gym Leaders that Trainers can battle for a traditional Gym Challenge experience that fans have enjoyed throughout the Pokémon video game series.“ 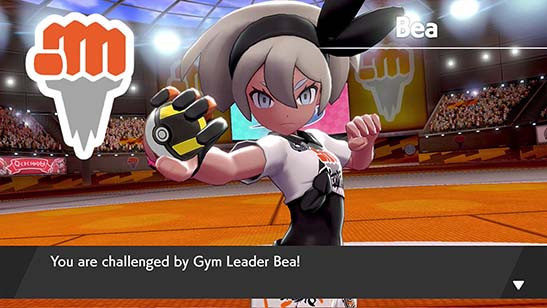 Bea will be exclusive to Pokemon Sword…

One Twitter user clarified the confusion: “The article says 8. In terms of the LORE of the game, there are 18 but we’ll only fight 8, the ones that made it into the major league in the “year” this game takes place.”

The article says 8. In terms of the LORE of the game, there are 18 but we'll only fight 8, the ones that made it into the major league in the "year" this game takes place.

Game Informer have confirmed that HMs won’t be present in Pokemon Sword and Shield. Traditionally HMs have been used ever since the first Pokemon games to progress through the game.

HMs have featured in all generations but Gen 7, which were the Pokemon Sun and Moon games. The region with the most available HMs was Sinnoh, with 7. However, Gen 5 and 6 only featured three before they were removed entirely in the Alola region.

The decision to keep them absent in Pokemon Sword and Shield was a philosophical one: “I think they played a role in the series traditionally to be like the relationship between a door and a key; the HM will unlock something and you’re able to progress and feel the ability to go to a new place,” Planning Director, Kazumasa Iwao, stated. 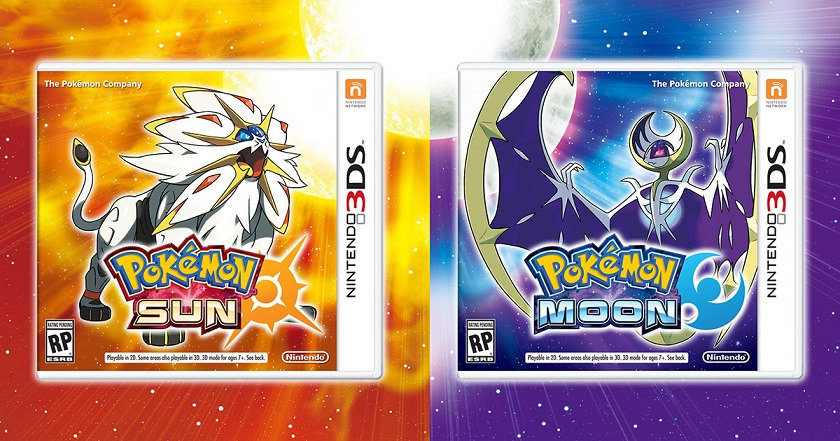 “We didn’t have them in Sun and Moon, and this time around, we didn’t feel it really matched the concept, especially with the Wild Area and wanting to have this higher degree of freedom. The player can kind of choose how they want to engage with the gameplay. Having the more HM-based elements, we didn’t feel it really matched the game, so this time around they’re not in it.”

The removal of the National Pokedex has made Pokemon Sword and Shield one of the most controversial Pokemon game releases in its nearly 25 year history.

It’s safe to say fans weren’t happy with the news of its removal. The extent of the outrage must have even shocked those at Game Freak with Junichi Masuda responding several days later.

Over time that outrage has subsided slightly and it appears Pokemon fans have grown more understanding to the decision. Nevertheless, it is still a hot topic which Masuda recently addressed again.

Fact checking the rumors about the #PokemonSwordShield National Pokedex removalhttps://t.co/2Xw2rKYzfS

When asked if the yet to be announced omitted Pokemon will return, Masuda said: “Definitely. You can look forward to seeing Pokemon that don’t appear in these games appearing in different regions in future games.”

It remains unclear just how many species will be missing from the Galar region but at least it has been confirmed we will see them all again.

Pokemon Sword and Shield will release on November 15 where we will finally be able to see what the post-game has in store and which Pokemon will be roaming Galar.