How to get special Gigantamax capable Pikachu & Eevee for free

Trainers are making the most of Gigantamax Pokemon in Sword and Shield but even months after its release some still haven’t managed to obtain a Pikachu or Eevee capable of Gigantamaxing.

As many who have already played Pokemon Sword and Shield know, it isn’t as simple as just getting a species capable of Gigantamaxing to take advantage of the mechanic. Only Pokemon caught in a particular way will be able to Gigantamax.

If you find a Machop, for example, in the wild and evolve it to Machamp, despite it being capable of Gigantamaxing, it won’t be able to do so. This is because any Pokemon with the capability must be caught in Max Raid Battles. 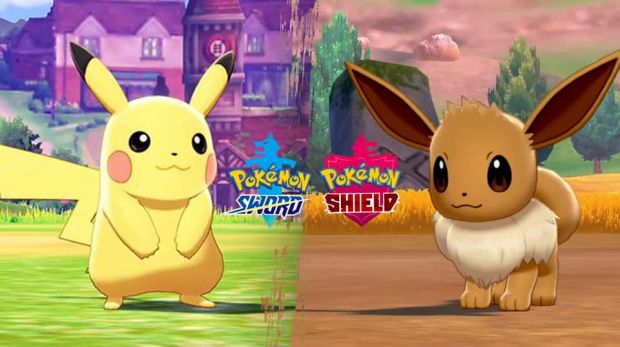 Why can’t I find Pikachu or Eevee?

Despite being some of the more famous Pokemon, their appearance in Max Raid Battles is rare. Of course, finding either Pikachu or Eevee in their wild spawn locations won’t help either.

They might be fairly easy to find in the wild but it looks Game Freak are keeping their Gigantamax availability to a minimum.

Let’s Go will give you them for free

Fortunately, there is a way to get them and you can do so with ease – as long as you have played Pokemon Let’s Go Pikachu! or Let’s Go Eevee! More specifically, you will need save data from either game.

If you do, travel to the Wild Area train station, the first station you’ll encounter during your journey through the Galar region. Talk to the NPC standing inside and they’ll give you a special Pikachu or Eevee.

Which of these you’ll get will depend on your version of Let’s Go – Pikachu will give you Pikachu, and surprise surprise, the Eevee version will give you Eevee. You can also get the both of them should you have save data on both games.

Gigantamax Pokemon are clearly a big part of Sword and Shield and it has been confirmed there are plenty more species to come. Among those are Gigantamax versions of Rillaboom, Cinderace and Inteleon – all of which will be available in The Isle of Armor expansion pack when it releases in June.