What are the best ultimates in Overwatch? - Hero tier list - Dexerto
Overwatch

What are the best ultimates in Overwatch? – Hero tier list

Ultimate abilities are a massive part of Overwatch – some might even argue their impact can be too big, with the team possessing the greater number or ultimates, or particular key ultimates, having a massive advantage over their opponent.

Blasé’s tier list is based on the ultimate being used by a professional player for the maximum value – effectively the highest possible impact the ability is capable of having – as well as considering them in isolation, rather than for their potential to combo with other abilities.

On the upper end, it’s no surprise to see the two most powerful defensive ultimates, Lúcio’s Sound Barrier and Zenyatta’s Transcendence, in the S Tier. Joining them are Sombra’s EMP, which can leave an entire team essentially defenseless, and Zarya’s Graviton Surge, which allows her team to concentrate their fire and often means a team wipe if enough enemies are caught in it, even without the help of other ultimates.

Sombra is also notable as the highest-ranked damage character. Behind her is Widowmaker in the A tier, whose Infra-sight provides a huge amount of team utility, but the vast majority of the damage heroes fill out the C and D tiers. 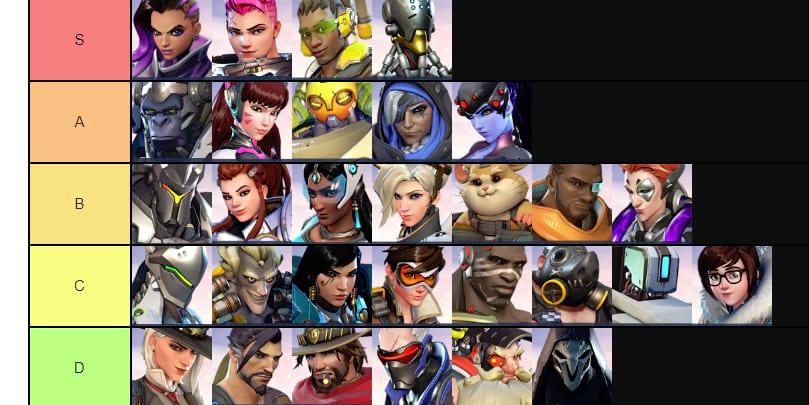 Naturally, this tier list may not hold entirely true at all levels of play. Blasé defines their power under the circumstances of a pro player using the ultimate to maximum effect, but outside of the elite tier of players it’s very possible that some abilities might prove more effective against enemies less capable of defending against them, or less effective in the hands of players less capable of wielding them.

It’s also worth keeping in mind that some ultimates can be far more powerful in particular combinations, and therefore “weak” ultimates can still have enormous impact in the right scenarios. Hanzo’s Dragonstrike, for instance, is often very easy to avoid, but if used alongside a Graviton Surge it can be devastating.

This tier list also assumes the ultimate is used to maximum value, but a large part of Overwatch is trying to bait enemies into using key abilities sub-optimally. This tier list should help give an idea of which ultimates you most want to force enemies into wasting, and also which you need to be most careful about making the most of yourself.