The latest Overwatch patch brought a host of new content, but it also seems to have had an unintended side-effect.

The update was a major one as far as Overwatch patches go. It added the Halloween Terror in-game event, bringing with it a collection of new cosmetic items as well as the return of Junkenstein’s Revenge, while also making some extensive hero changes.

Unfortunately, the update seems to have also introduced a game-breaking bug. Some players have been reporting an issue which results in the main menu UI being laid over the hero select UI when joining a game.

The bug prevents the player from controlling their character, eventually resulting in being kicked from the game for appearing to be AFK. 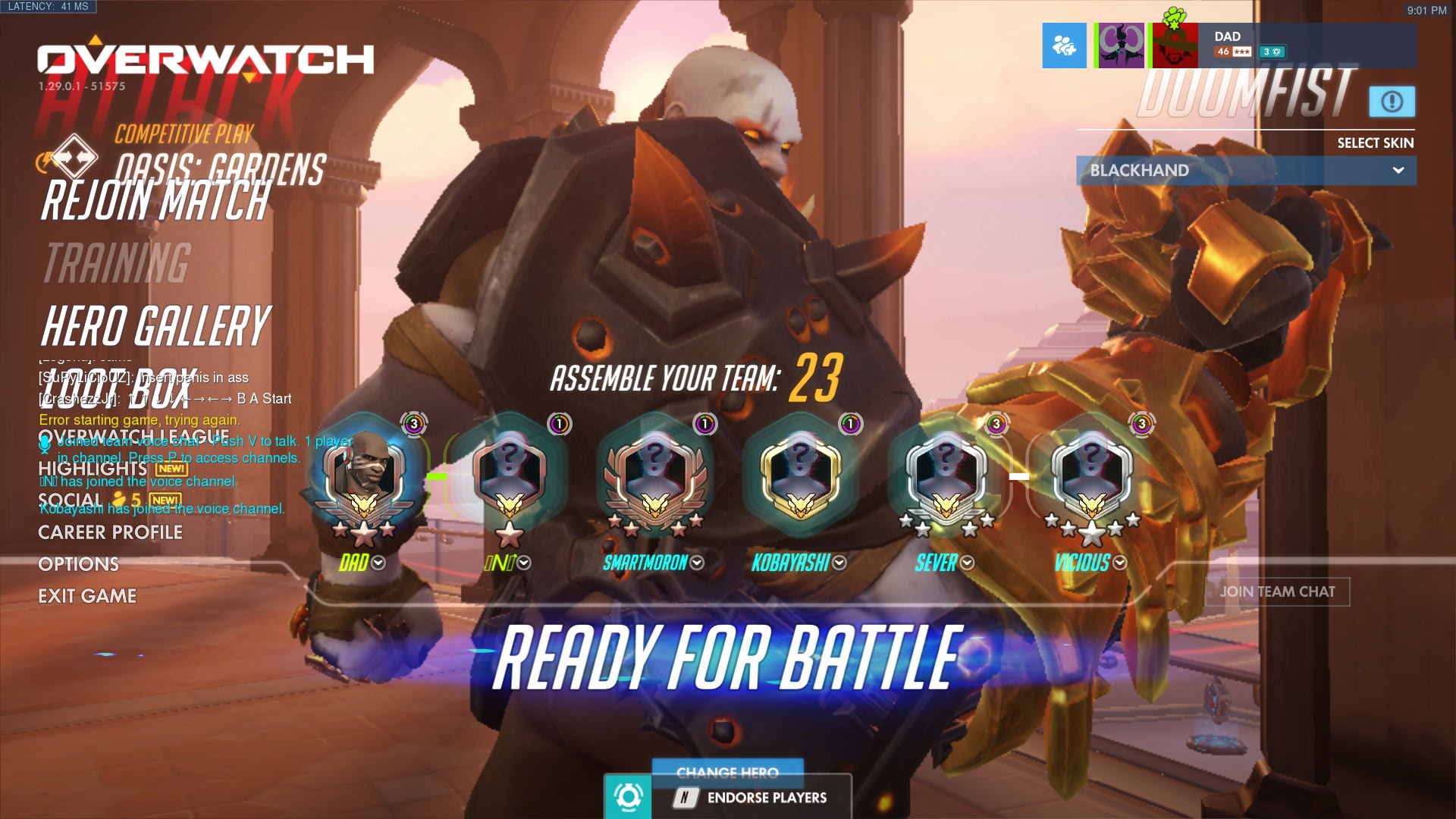 For competitive players, the bug is particularly problematic. The Overwatch competitive ladder punishes those who leave games with a 50SR loss, but the system doesn’t differentiate between deliberate leavers and those who get kicked out of the game for reasons beyond their control.

The system makes sense in theory – a leaver is a leaver, regardless of intent, when you’re stuck on a team that’s now a player short. When it comes to patches, however, Overwatch has routinely had issues resulting in mass-disconnects that leave competitive players frustrated.

There have been several occasions previously when the arrival of a new update has forced vast numbers of players to disconnect, suffering the SR penalty as a result of Blizzard patching the game. Issues such as this latest bug add to the dangers of playing competitive around an update.