Overwatch player comes up with intriguing idea for skin customization

More hero customization options are something Overwatch players have been asking for almost since the game was released, and one player has come up with a solution that seems pretty doable.

The concept, which allows players to customize different parts of a hero, was posted to the Overwatch subreddit by user redeye998, who said that since most players focus on two or three heroes, spending in-game competitive points and credits on one hero to customize them would appeal to most players.

“Also, there are people who have already unlocked everything, so an on-going customization option should be a big refresh to everyone,” they added in the post.

The user also suggested adding sprays in the customization could work as well: “I also thought it would be a fun idea to be able to add a spray somewhere on the skin. Most people don’t even care about sprays, so this would also give some life to them.”

Only original skins would be able to be customized in this way, for the same reason the Overwatch League skins are, so players would still be able to tell which hero is which. 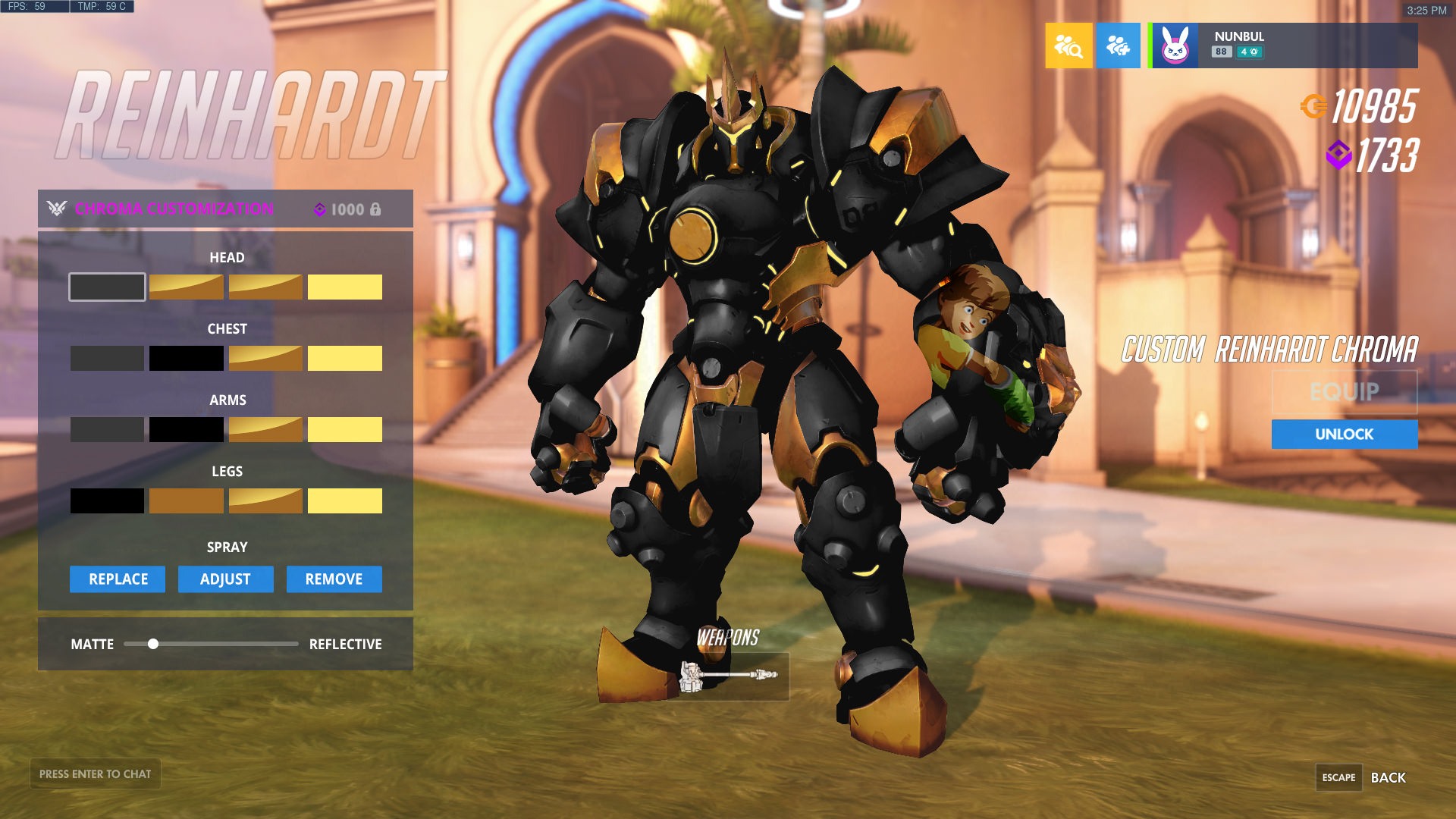 This concept would be unlocked with competitive points, the same used to purchase golden guns, which would give players another thing to work towards, Redeye998 claimed.

It’s an interesting concept, but the Overwatch team has stayed away from really in-depth customization before, so players will probably have to wait a while for anything like this to be announced.