Overwatch released a small patch on Wednesday, January 27, that should save players from falling to their dooms in what should be a safe spot on Rialto.

The latest patch is nowhere near as huge as the February 26 patch, which included a ton of balance updates for the game’s heroes.

It does, however, fix several bugs, including one that was really getting into the way of players on Rialto. 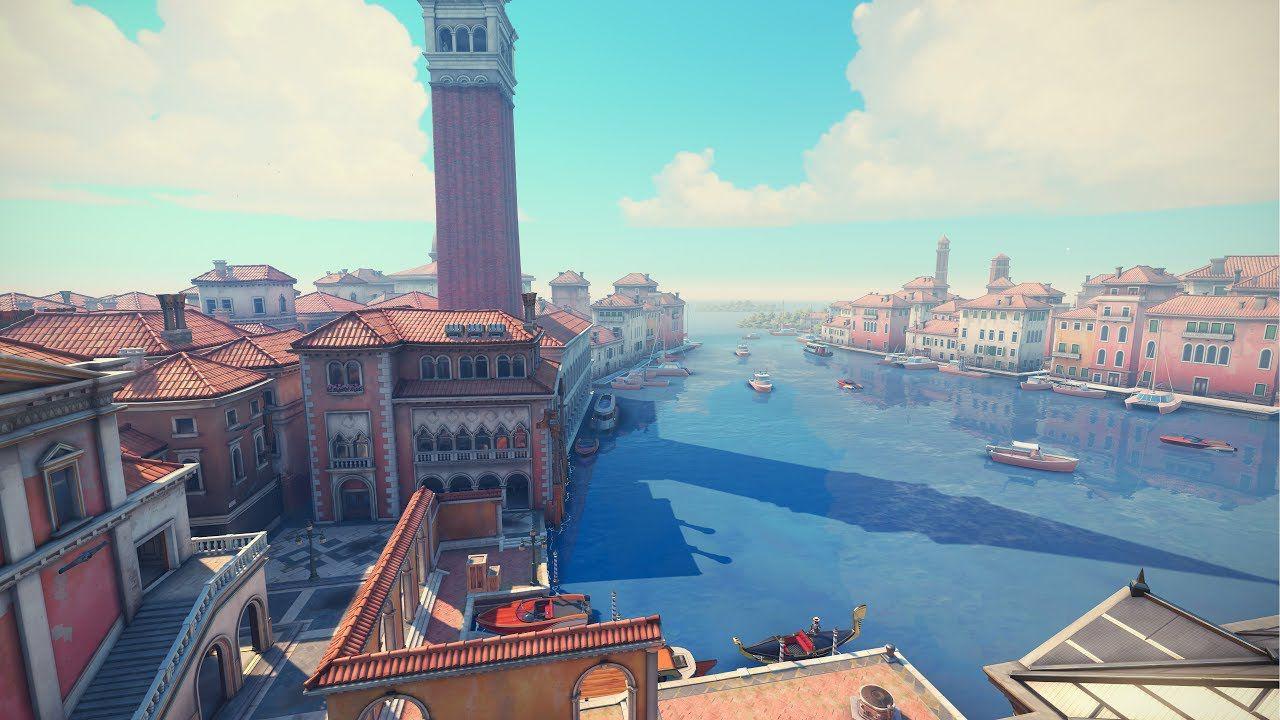 The boats are located in Rialto’s second section, towards the bottom of the picture.

The boats docked in Rialto’s second section usually provide a safe space for players to stand on top of when attacking or defending, but recently players have discovered they may not be as solid as they appear.

A Reddit user named Lpwner109 said they and their friend had discovered something interesting on Rialto, and included a clip.

In the clip, Lpwner109 and friend are running along one of the docked boats in Rialto, when they suddenly fall through and die.

A friend and I discovered something interesting in Rialto. from r/Overwatch

The patch also fixes an issue where friendly turrets, bots and B.O.B.s would target their allied Mei’s Ice wall.