Two dedicated artists and Overwatch fans have made an incredibly detailed 3D model as well as concepts of a skin based on the costume Reaper wears in the ‘Masquerade’ comic.

‘Masquerade’ was released in July of 2017 and it details Widowmaker, Sombra, Doomfist and Reaper’s adventures in Monaco before meeting up with Talon’s money man, Maximilien.

In the comic, the quartet don Masquerade disguises to get through the city undetected and Reaper’s costume inspired concept artist Cristiana Voinea and 3D artist Catalin Bercea (both from Ubisoft) to make the skin a reality. 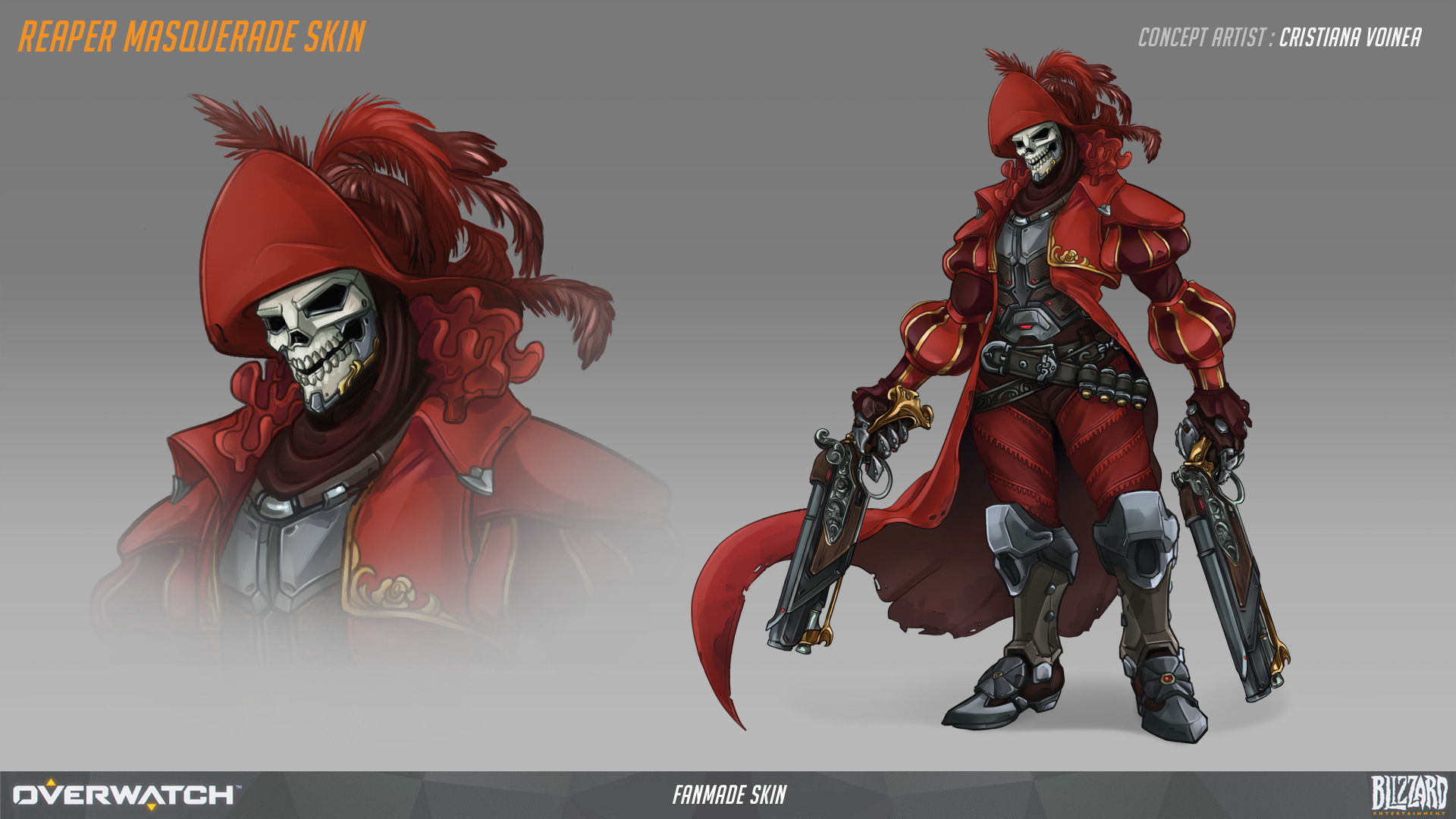 Reaper looks ready to head to the ball.
[ad name=”article2″]

“What are you looking at?”

Reaper’s Masquerade skin looks great as a 2D concept, and even better in its final 3D form, which looks good enough to go live in-game with the next update (no rush or anything, Jeff).

He’s got a big, floppy hat and a skull mask that makes you wonder how much of a ‘disguise’ this really is for Reaper. 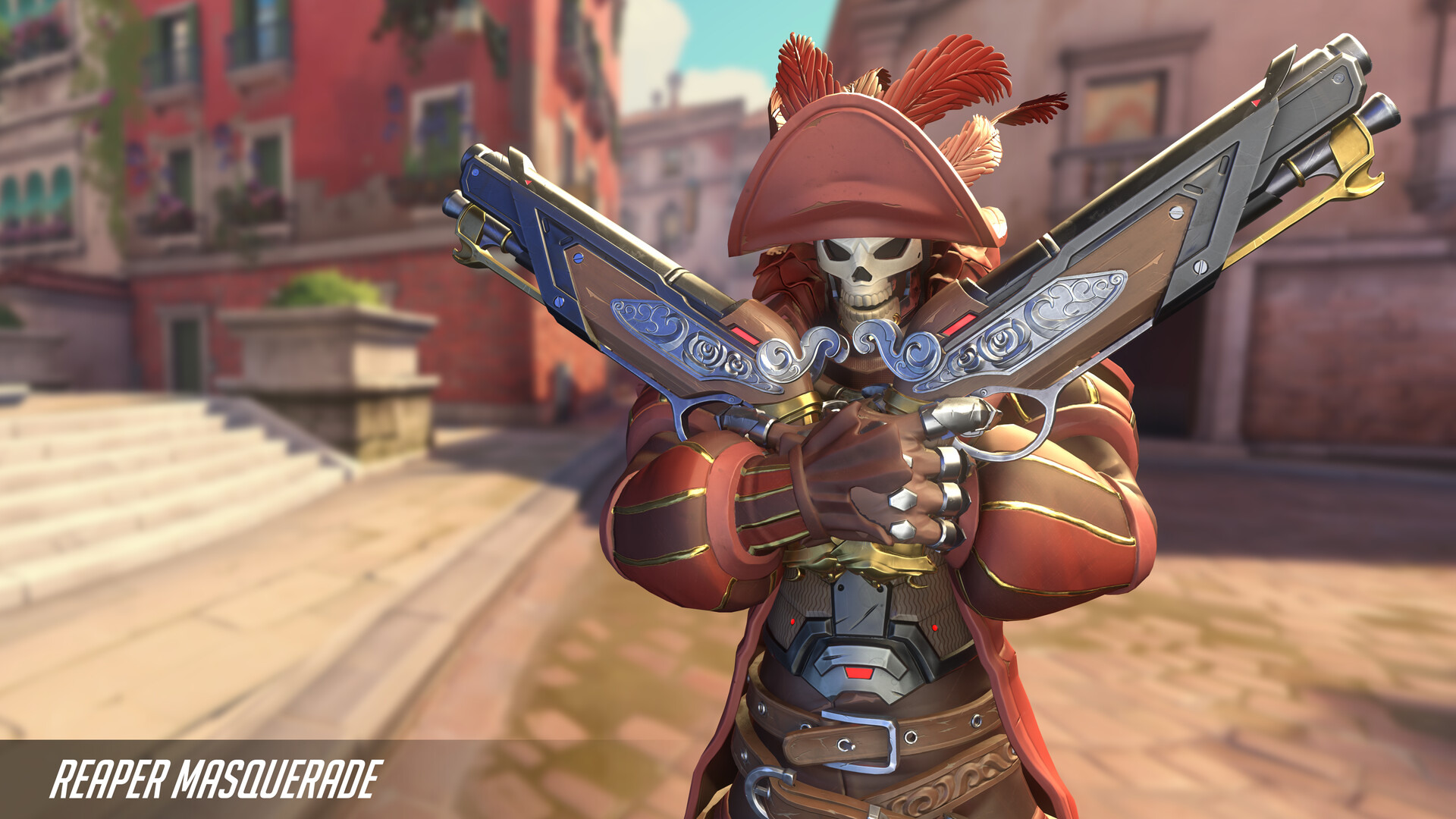 His Hellfire Shotguns got a makeover as well, to turn them into old-looking flintlock-style guns, like McCree’s Magistrate skin, but cooler. 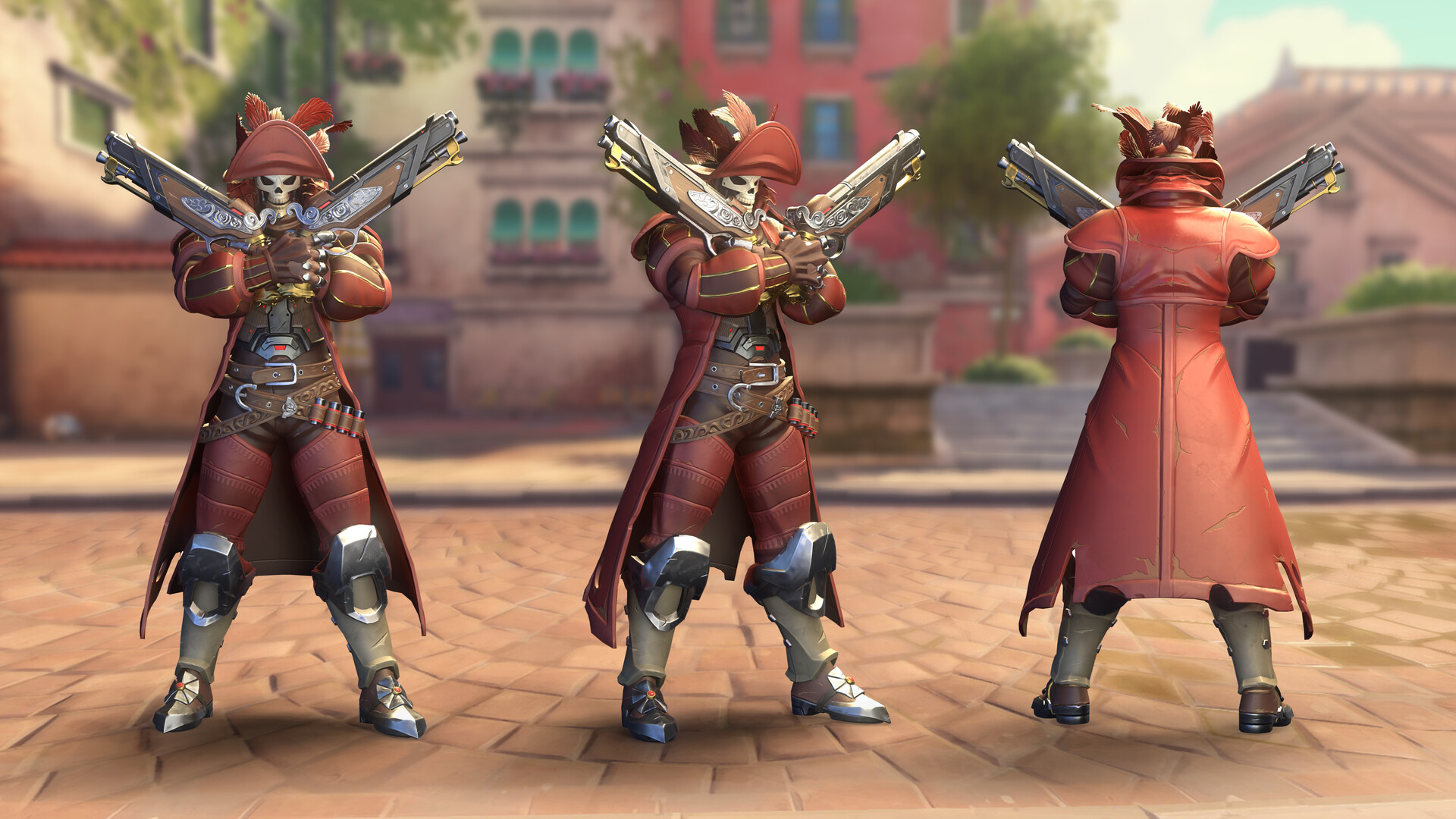 Instead of his usual black cloak, he’s rocking a red coat with some poofy sleeves to complete the Masquerade look.

Bercea didn’t just take Voinea’s 2D concept and turn it into 3D, she even took the model through all of Reaper’s various poses to see what it would look like as well.

Will this skin ever make it to Overwatch?

The ‘Masquerade’ concept would have made a perfect skin for Overwatch’s Anniversary event, seeing as how it’s pulled directly from Blizzard-supplied lore on the game.

Even though we didn’t get it this year, it could pop up as a skin for the (still far off) Halloween Terror event, since it’s basically Reaper just playing dress up. 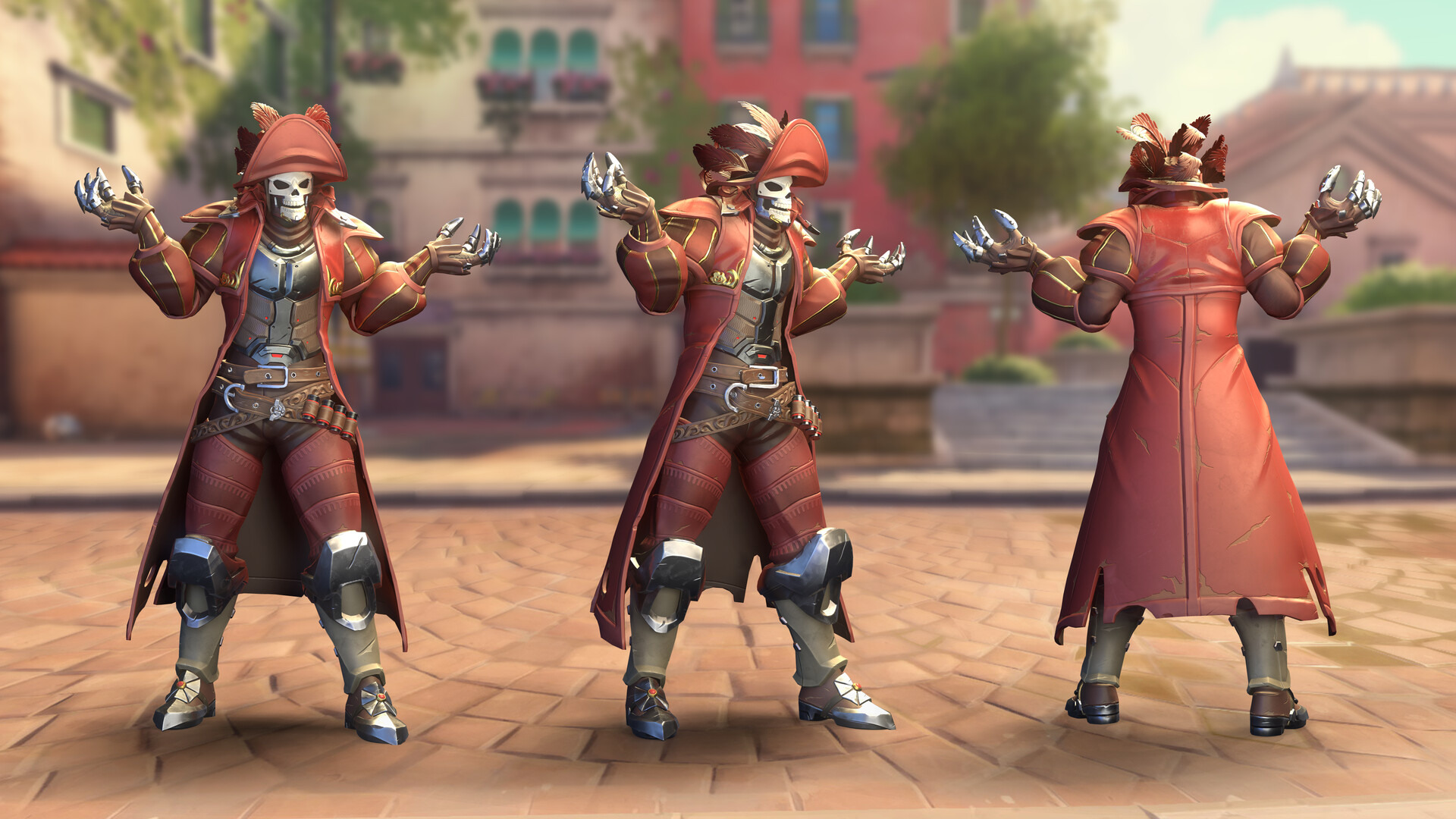 Don’t give us that look Reyes.

Blizzard has never confirmed that Masquerade Reaper will ever be a real skin in Overwatch, but based on the level of interest it’s received from fans, it would probably be one of his most popular yet.