Overwatch design shows why Brigitte would be the perfect villain

One of the most optimistic characters in the world of Overwatch, Brigitte Lindholm has been reimagined as a villainous figure and the results are stunning.

Introduced to Blizzard’s competitive hero shooter in March of 2018, Brigitte quickly became the source of much controversy in the Overwatch space, having served as the catalyst for the controversial GOATS meta.

A few patches later and the hero has mostly been relegated to a niche pick, but what if Brigitte made a devastating return to the forefront of competition as an ominous villain?

As the daughter of everyone’s favorite engineer, Torbjörn, it’s fascinating to consider how the story would change if Brigitte abandoned her family and turned to the dark side instead.

One enthusiastic Overwatch player has taken it among themselves to flesh out the idea, having designed a brand new skin for Brigitte as though she was a member of the ruthless Talon organization.

The skin from concept artist Chelsea Campbell showcased a villainous Brigitte, donning red and black armor in the same vein as others who follow the ideals of Talon.

From a haunting rework of her flail to the minor details such as a new hairstyle, the artwork showcased precisely how the support hero would come across if Overwatch lore was flipped on its head entirely. 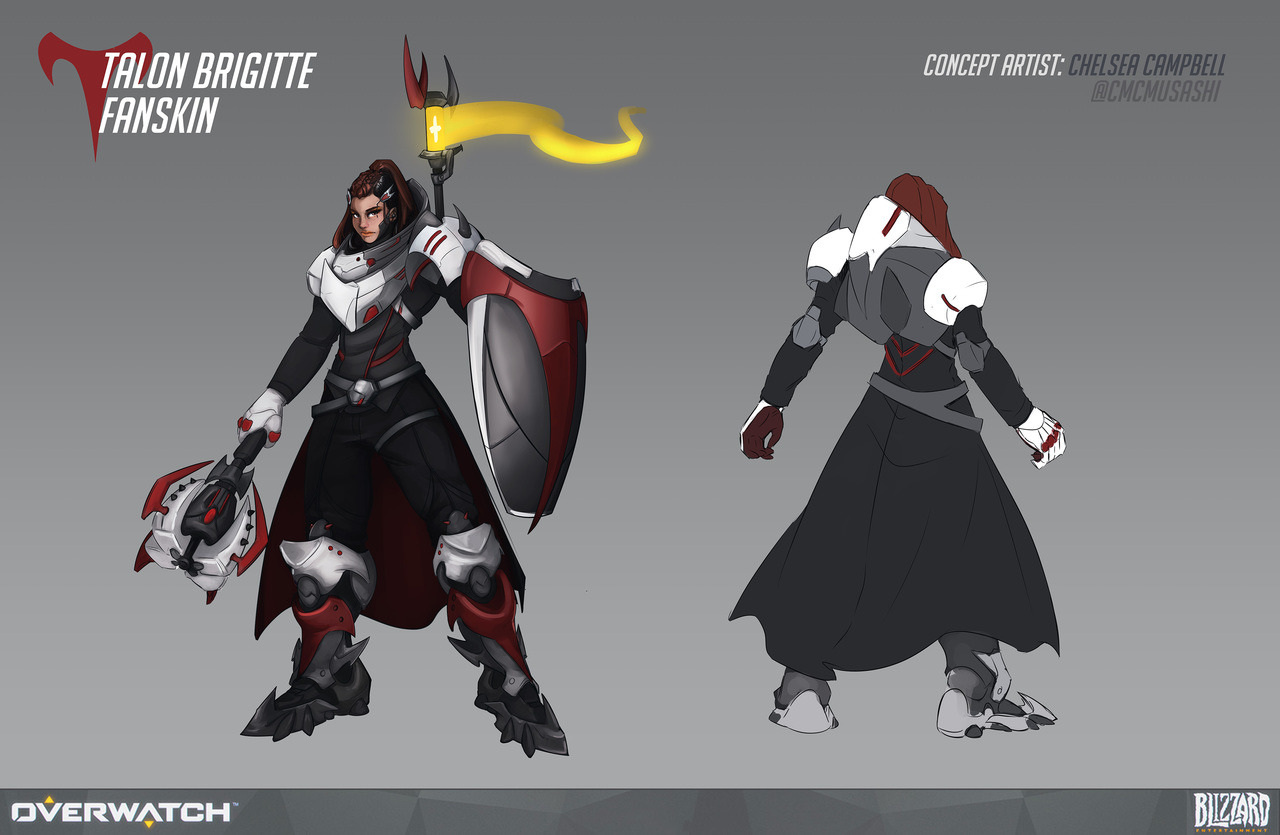 Would Brigitte still find herself in the support role if she were evil?

Led by Doomfist, Talon is a chaotic group in the world of Overwatch that promotes conflict at all costs. Believing that through turmoil and struggle, the human race will advance.

If Brigitte were to join forces with the terrorist organization, she would be joining the likes of Reaper, Widowmaker, and fellow support hero Moira to disrupt the status quo. As the narrative evolves, perhaps we’ll one day see this artwork implemented into the game and be able to utilize a villainous Brigitte in battle. 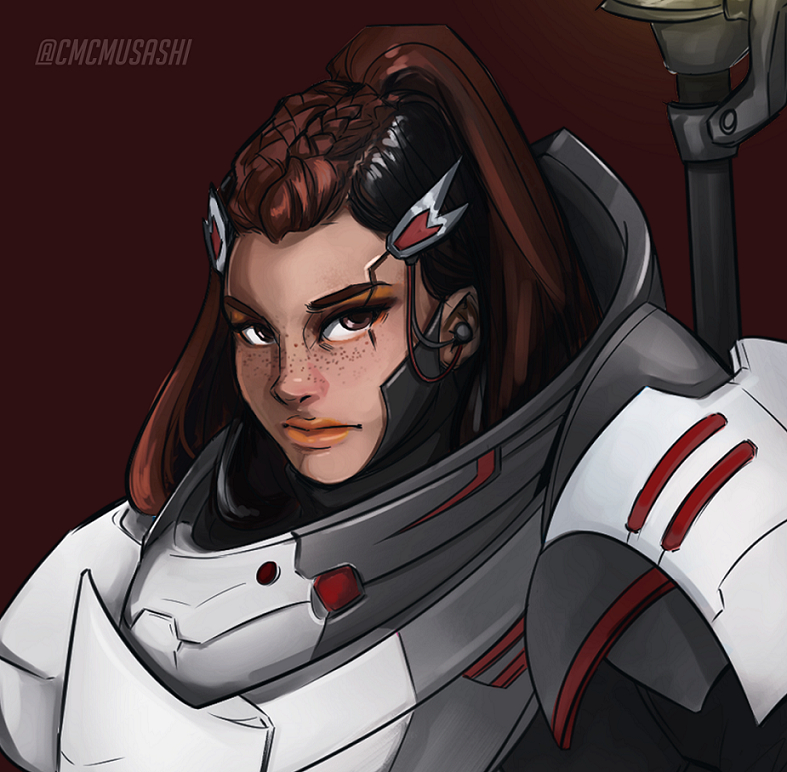 Brigitte turning to Talon could make for one of the most shocking twists in Overwatch history.
600

While the introduction of a Talon-based Brigitte skin would require some explanation in the lore of Overwatch, various other community creations could be brought to life with relative ease.

From these novel Halloween skins to an Avengers-themed crossover, the potential for unique Overwatch cosmetics is limitless.