The major Overwatch announcement at BlizzCon 2019 was that Blizzard are working on a sequel to their massively popular hero shooter.

Overwatch 2 is set to be the biggest injection of new content for Overwatch fans since the original game launched in May 2016, with the new title bringing PvE modes, new PvP maps, modes, and heroes, as well as further upgrades like a visual update for the UI and character models.

With an entire new game on the horizon, however, fans will undoubtedly have plenty of questions – especially as the “Overwatch 2” title is arguably somewhat misleading in terms of what it might mean for existing Overwatch players.

While the game is still in development, and therefore much could still be subject to change, here’s everything we know about what Overwatch 2 will offer, when it could be arriving, and more. 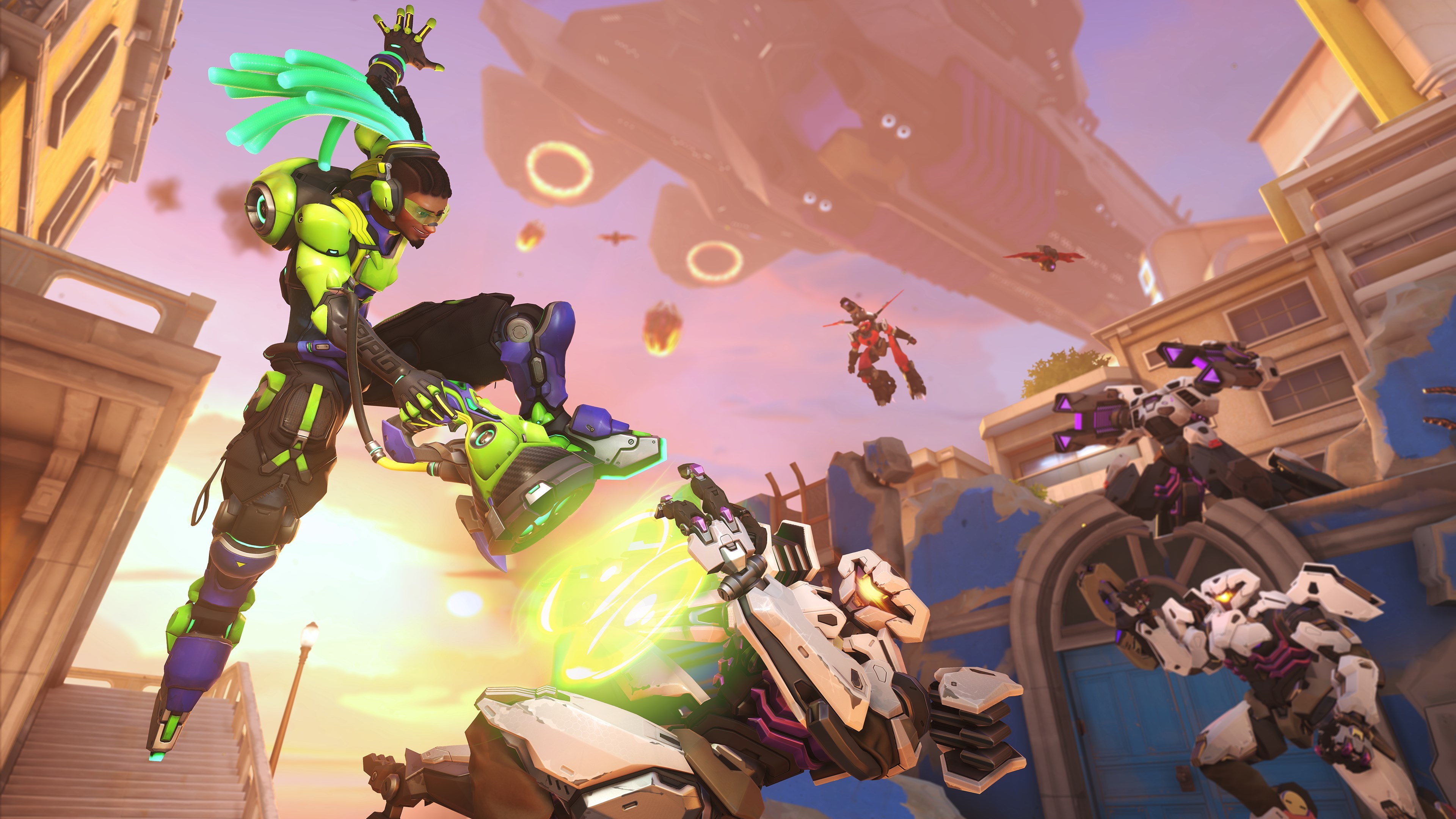 Unfortunately for fans eagerly anticipating the Overwatch 2 release, so far there’s no confirmed date – in fact, Jeff Kaplan even stated that the team don’t even have a launch date in mind at this point in time.

According to the game director, Blizzard “still have a long ways to go before this game is fully ready”, and the development team will “go dark” for some time to work on it in the wake of BlizzCon, so no immediate updates can likely be expected in the short term.

While it certainly seems Blizzard are in no hurry to rush the game out, there’s a good chance that there could be a beta well in advance of the full official launch. Overwatch itself was revealed at BlizzCon in November 2014 and wasn’t technically released until May 2016, but there was a beta phase that kicked off in October 2015.

It’s unlikely that Overwatch 2 will take quite so long to develop – they’re not building entirely from the ground up as they were for the original – but exactly how long it might be before players can get their hands on the sequel likely depends on how much content Blizzard has planned, of which there’s currently no way to be sure.

On November 8, 2019, a French retailer was discovered to have listed the game for a 2020 release – specifically December 31. While it’s most likely a placeholder date, nothing has been confirmed or denied either way.

What is the story of Overwatch 2?

Three and a half years after the animated short “Recall” saw Winston call back the disbanded members of Overwatch, fans will finally get to see what happens next in the story of the game’s universe.

While there has been a variety of lore and story-focused content over the years since Overwatch’s release, almost all of it has been a retrospective look at what happened up until that point, following the fall of Overwatch, the rise of Talon, and the various backstories of different heroes.

Now, the narrative is at last set to advance. As seen in the Overwatch 2 cinematic trailer, “Zero Hour”, it seems the game will begin shortly after the recall, as Winston, Tracer, and Mei – the first to answer the call – travel to Paris to fend off a Null Sector invasion, and are subsequently joined by several other heroes.

The rise of Null Sector, triggering a new Omnic Crisis, seems to be the central premise of Overwatch 2, but it’s not the whole story, with trailers also suggesting Talon will be working for their own ends, and it’s quite possible other factions could play a role too.

While a full, comprehensive list of features for Overwatch 2 hasn’t been released – and could still be subject to change as development continues – BlizzCon did reveal some of the content that players can expect in Overwatch 2.

Most significant are the new PvE, story-focused aspects – an area in which Overwatch currently entirely lacks outside of the Archives annual event. Overwatch 2 will feature “highly replayable” co-op hero missions which will take place across all of the game’s maps, within which players will be able to level up and customize their heroes’ abilities.

On the PVP side of things, a new game mode called “Push” is also being added, which will see teams fight over a neutral objective, pushing it back and forward between their respective sides of the map depending on which team has control.

Will Overwatch 2 have new heroes?

Blizzard have already confirmed at least two new heroes will be introduced with Overwatch 2, although those who have been keeping up with Overwatch will likely already be familiar with them – Sojourn and Echo.

Echo is a unique type of robot who was first seen at the end of the ‘Reunion’ animated short, and appears in the Overwatch 2 cinematic trailer, flying and firing missiles at the Null Sector omnics. Players met Sojourn during the Storm Rising Overwatch Archives event, with the Overwatch commander directing the mission over voice comms.

Meanwhile, reports have also suggested that there could be at least four more unannounced heroes in the works for Overwatch 2, although who these could be remains unknown.

In a rather unconventional take on the idea of a sequel, Blizzard won’t actually be separating players on the original game from those on Overwatch 2 when it comes to multiplayer.

While Overwatch 2 will of course have plenty of unique content in the form of the PvE modes, and the character progression they include, when it comes to classic PVP, Overwatch players and Overwatch 2 players will still be matchmade together.

That means that anyone who doesn’t buy the new title will still continue to get free access to the new heroes and maps that are released for the game, as has been the case since the launch of Overwatch. 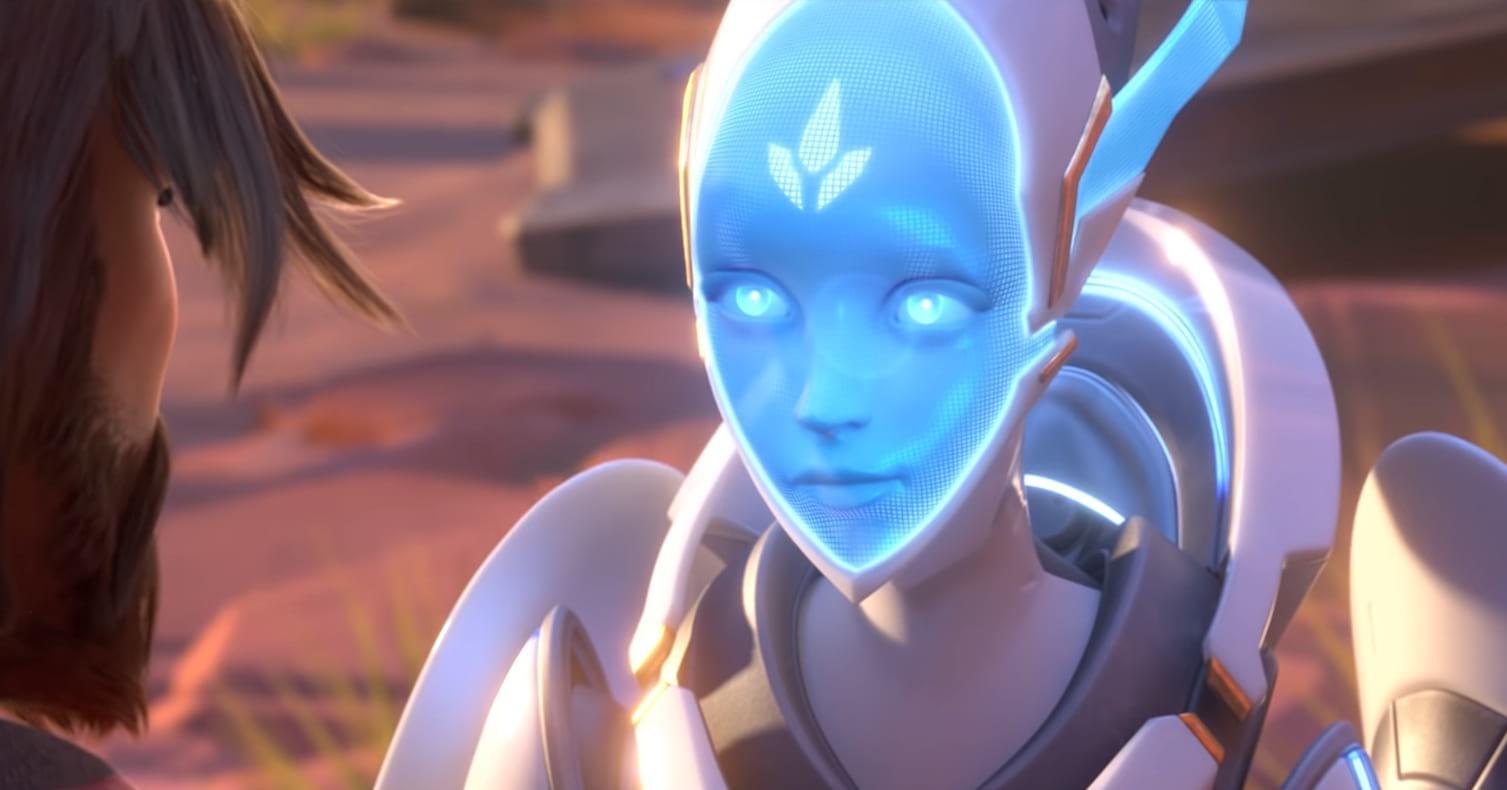 Will Overwatch progress carry over to Overwatch 2?

For many fans, the prospect of a sequel to Overwatch carries with it some concern about the progress made on their account. Many players have spent lots of time and perhaps money on unlocking various cosmetic items, achievements, and more in the game, so may not like the idea of that investment being nullified.

Fortunately, Blizzard have confirmed that all skins that you have earned on your Overwatch account will be moved to Overwatch 2 should you purchase it. “You’ll keep your skins, player icons, sprays, emotes, and more!”

There isn’t any word yet on whether any other progress will carry over, however – for instance, whether your career statistics, competitive ranks, or account level will also transfer. With Overwatch 2 multiplayer being integrated with the original, however, it seems likely that these element will also survive the upgrade.

CSGO’s Nivera on surpassing his brother ScreaM: “A Major is not enough”

In a new video, Overwatch League Vice President Jon Spector revealed that the fourth season of OWL will be beginning a bit later than normal, possibly hinting at a release of the game’s sequel.

Overwatch 2 was first announced at BlizzCon 2019 and since then fans have really been in the dark with the devs refusing to release any new information.

With the Overwatch League gearing up for its fourth season, fans have grown accustomed to seasons beginning in January or February, but that all changes going forward.

According to Jon Spector, the fourth season will be kicking off in the spring. While he chalked this up to the global health crisis, it’s also possible that Overwatch 2 could be influencing the decision a little bit as well.

Overwatch 2 will have a full campaign.

“Our 2021 season will start in the spring. That gives us a little more time to plan versus when we typically started in February,” he said. “It gives us and the teams a little bit more of an opportunity to deal with all the logistics and be ready to hit 2021 running when the season begins.”

With BlizzCon 2020 scrapped and moved to an online event in February, many fans believe that this will be where Blizzard shows off more from the long-awaited sequel including a release date.

Overwatch community figure Naeri tweeted, “The 2021 Overwatch League is officially set to be back in the spring. Therefore, it seems that you can check the exact release of Overwatch 2 on BlizzConline 2021.”

This isn’t the only evidence either. As Dexerto previously reported, streamer Metro, who leaked information about the sequel before it was made official claimed that the game will most likely be getting a beta if not a full release in 2021.

It would make sense that the league would want teams and players to be familiar with everything Overwatch 2 has to offer such as new heroes, maps and modes before the season begins.

The 2021 Overwatch League is officially set to be back in the spring. Therefore, it seems that you can check the exact release of Overwatch 2 on BlizzConline 2021. pic.twitter.com/2oaQZsx7fw

Furthermore, there have been some rumors that season 4 will have a pre-season. This seems like another indicator that we’ll be looking at a completely new game.

Until then, we’ll have to keep our eyes open and see what the future holds once BlizzCon kicks off in February.

CSGO’s Nivera on surpassing his brother ScreaM: “A Major is not enough”