Overwatch Game Director and Blizzard Vice President Jeff Kaplan spoke at the University of Southern California on November 21, where he shared some important details regarding events coming to the game’s recently-announced sequel.

Events have been one of the most popular aspects of Overwatch, awarding players with unique skins, map redesigns and new modes like  Summer Games’ LucioBall and Halloween’s PvE Junkenstein’s Revenge.

While some players have found the events no longer pack the same punch as they used to, with a lot of the content being recycled and nothing new added, Jeff Kaplan revealed some exciting new info in regards to events for Overwatch 2.

Twitter user Quiana Dang documented Kaplan’s Q&A at her school and noted that Kaplan claimed the Blizzard team is going to start “rethinking” the event calendar – and possibly retire some of them.

for OW/OW2: theyre gonna start rethinking the event calendar (jeff WANTS YOU TO KNOW THIS!), possibly retiring some
he thinks OW2 should bring in more new events
designing them, he's referring to sid meyer's rule of thirds (1/3 new, 1/3 the same, 1/3 improved)

If an event does retire, it’s unclear what would happen to skins designed for it. Will they become artifacts lost to time, or will players finally be able to buy and trade skins, thus placing a value on their rarity? That much went unanswered – but that wasn’t all Kaplan had to say.

According to Dang, Kaplan also said Overwatch 2 should bring in more events. This means that, on one hand, some original events could be archived, but on the flip side, new ones could be in the works.

During the Q&A, the Blizzard VP also addressed the lack of Public Test Realm updates lately, and said part of the issue is that not enough users play long enough to get proper data.

ptr – a lot of ppl will get in one match, play the character with changes
if they don't get that character in a match, they'll chain leave and that doesnt create conducive data

Jeff explained how sometimes they will make a change to a hero and people would try it out for only six minutes, and that would be it for them. Additionally, he stressed how the “player psychology is weird” on the PTR.

Players often hop on just to try out a big new change, new hero or map, and then leave if they don’t get to play that character.

He added that because half of the player base is on console, the PTR doesn’t reflect balance changes for them. 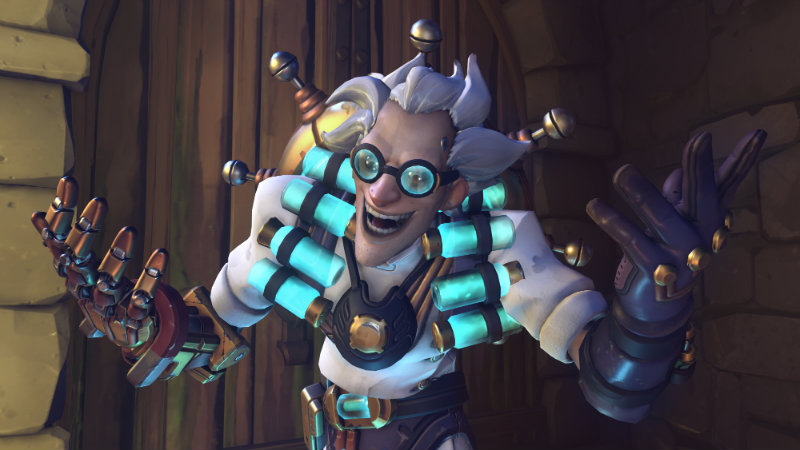 Will Junkenstein ever truly have his revenge?

It will be interesting to see how the company handles both the PTR and events when Overwatch 2 is eventually released and what events end up being retired. It may be difficult for some fans to say goodbye to favorites such as Junkenstein’s Revenge or Archives, though.

No release date for Overwatch 2 is currently set, but the team is hard at work getting the sequel out and polished.