Overwatch’s Jeff Kaplan has revealed that developers are considering a major rework to how armor is distributed to heroes from Brigitte’s Repair Packs.

Brig might not be as popular as she was during the days of the GOATs meta, but she’s definitely still able to make an impact on matches with the armor and healing she can provide.

Her Repair Pack ability comes with three charges that will each heal an ally for 110 HP over 2 seconds, or 50 temporary armor if they’re already at full health. This might not seem like a lot, but when it comes to heroes like Tracer who only have 150 HP to start with, it can be a huge buff. 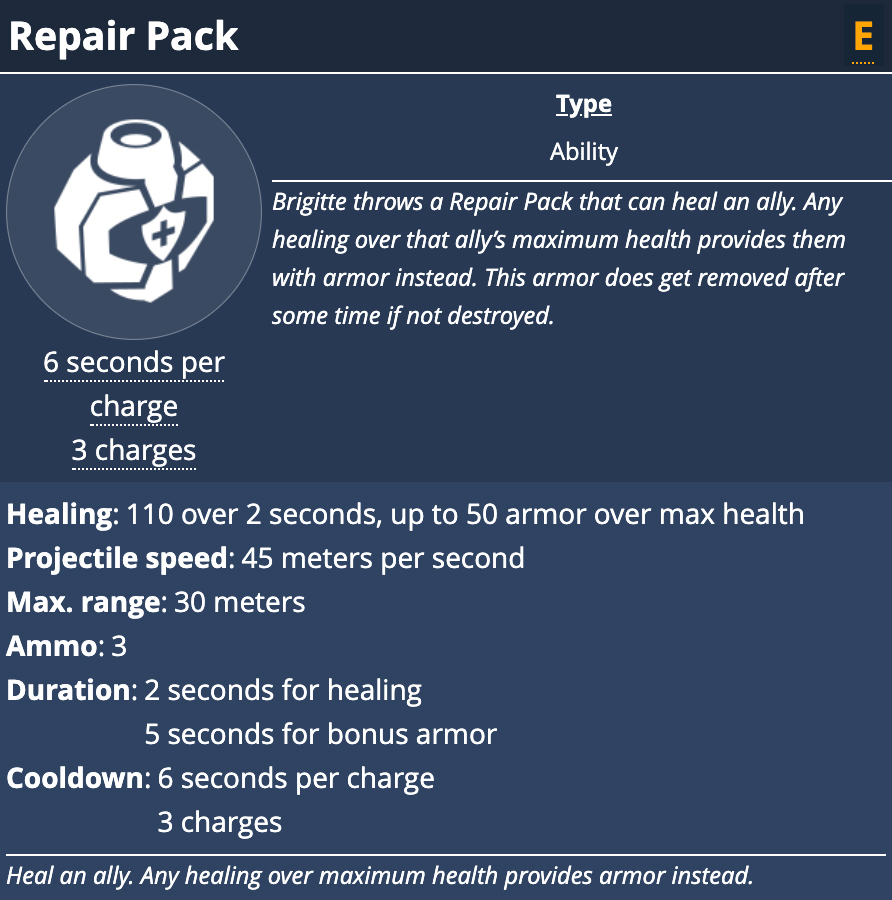 So much so that during a discussion on armor in a private Overwatch creators discord, former Houston Outlaws star Jake “Jake” Lyon suggested the amount of armor should scale based on a hero’s base HP. This would mean that Reinhardt would get much more armor from Brigitte’s packs than say, Tracer.

The conversation was graciously shared to Twitter by andygmb, who added that it just part of a longer discussion on armor and how it will be balanced going forward on Discord.

Exactly how armor scaling would work, ie: how much each hero would receive based on their health, remains to be seen, if it even happens at all. As usual, Kaplan was light on the details, but still managed to let us know something is happening.

“Debating armor” could mean devs are considering removing it altogether, but this seems unlikely, as it’s a key part of Brigitte’s kit and ultimate ability.

This change could either be a buff or a nerf for Brig, depending on how devs decide to change armor.

However Blizzard decides to switch up Brigitte’s armor, players should be able to test it out on the Experimental card, which devs are relying more and more on to test changes instead of PTR, as it’s available on all platforms, and has proven popular with players.

Even though theses changes would mainly affect Brig players, she can give armor to any hero in Overwatch, so it’s worth noting what happens even if you don’t as the flail-wielding support that often.