The Florida Mayhem finally announced a brand new look for Overwatch League Season 3 on January 6, and their new skins could make them one of the sharpest-looking teams on stage.

The Mayhem are one of the original teams in the Overwatch League, but their original color scheme did cause many comparisons to McDonald’s during the first two seasons.

On the other hand, Florida’s Tier 2 team Mayhem Academy rocked hot pink, blue, and black that a lot of fans thought would look much better on the Overwatch League team than the Mayhem’s red and gold.

Florida did roll out new black and neon alternate jerseys during Season 2, which led to a lot of rumors about the team possibly looking to rebrand in the future. 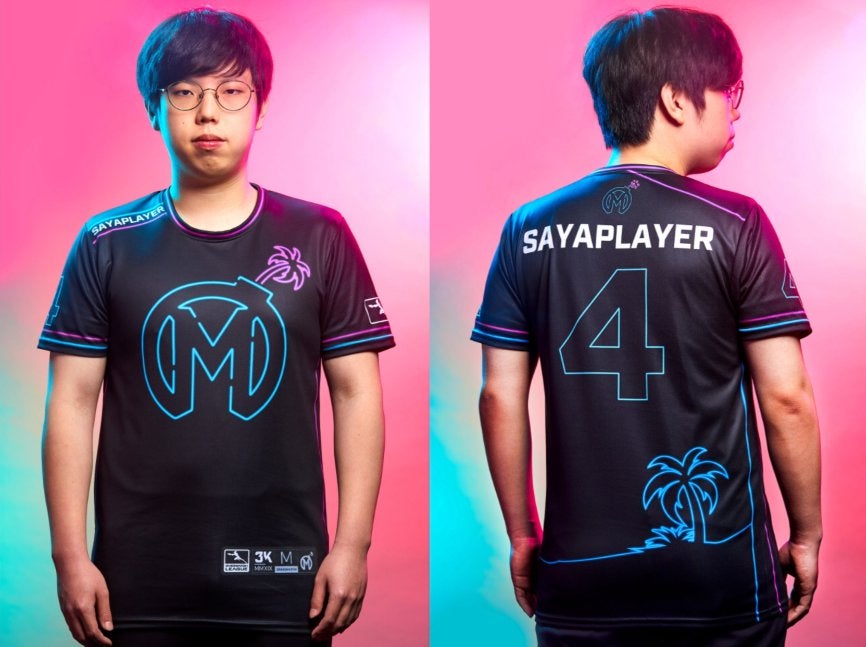 The Mayhem’s alternate jerseys from Season 2 seemed to be a bit of a preview for the team’s 2020 rebrand.

On January 6, 2020, the Mayhem teased fans with a preview of their Season 3 rebrand on Twitter, with a recolored logo for a team that seems to have fully embraced the pink.

“Allow us to reintroduce ourselves,” the team wrote on Twitter, along with a video of the old logo blowing up before revealing the new neon design.

Digital-looking blue palm trees along with the new logo and some synthwave music definitely show what direction the brand is trying to head in for 2020.

There’s no word on what all of the new, in-game Mayhem skins will look like at the time of writing, but the team did provide a few previews of their brand new look on a few different heroes.

The home skins are black, with pink and electric blue highlights. The new away skin is similar to the home look, but with white instead of black.

So about those skins… ?

Pink and black are certainly a far cry from cosplaying as Ronald McDonald, and even makes the team look like some kind of anti-Hangzhou Spark.

Apart from Doomfist, Sigma, Lucio and Widow, the team also shared what Reinhardt’s new Mayhem skin will look like in 2020, and we have to say it’s a big improvement from red and gold.

For you, a special sneak peek ?? pic.twitter.com/gB5V6pIy5B

There are a few unanswered questions still, like if the team will just be using it’s alternate jerseys from 2019 as their primary jersey for Season 3, and whether or not the old Mayhem skins will still be available.

Most fans won’t mind seeing the old color scheme go, but maybe we’ll see Florida pull out the old red and gold jerseys as their alternates in 2020.