Creepy Overwatch skin idea would be D.Va’s scariest cosmetic yet

An Overwatch fan has come up with a new skin for D.Va that would actually make her MEKA into a nightmare-inducing monster straight out of a fairy tale.

D.Va is, rightly so, one of the most popular heroes in Overwatch, and could be considered the face of the franchise, if Tracer hadn’t already locked that spot up.

Even though she just got two new skins for the 2020 All-Stars and Halloween Terror events, this obviously wasn’t enough for cosmetic-starved D.Va fans.

To keep things moving right along, artist Jouste has come up with a cosmetic based on Baba Yaga, a witch from Slavic folklore who lives in a hut that walks around on chicken legs. 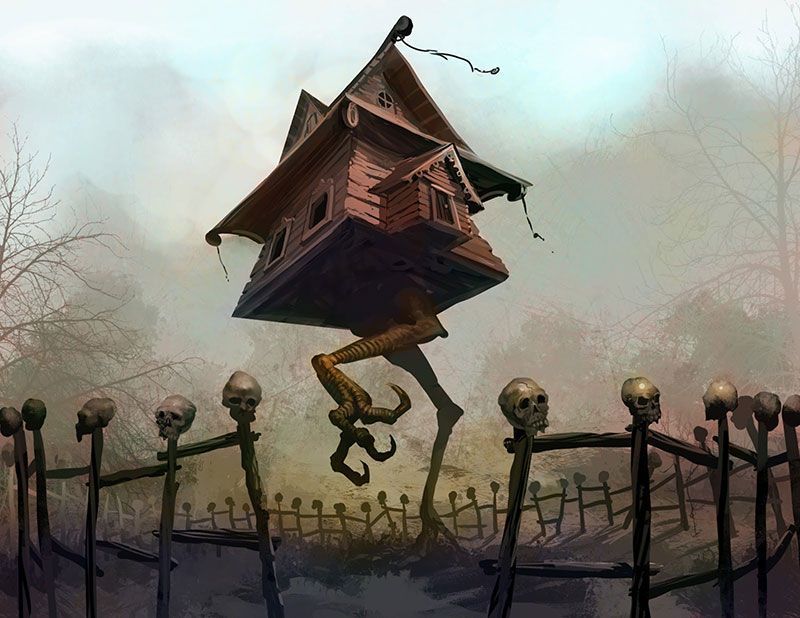 “Mom, can you come pick us up now? The cabin is walking around.”

As you would expect, in lieu of a cabin in the woods, D.Va only has her Mech, and chicken legs actually look extremely natural on it, since they both bend the same way.

Similar to her Halloween skin, it’s also become a house as well, but instead of a spooky haunted Korean temple, it looks more like the residence of an evil babushka, complete with a beak coming out of the front door.

Hana herself is sporting your classic pointed witchy hat with twigs, feathers, and frizzled hair to really sell the whole “living alone in the middle of nowhere” look.

Finally, even her Bunny Blaster sidearm has been made over, and now sports an adorable little frog holding on to the bottom who has a great front-row seat to watch D.Va frag out.

Imagine just walking through Eichenwalde forest and suddenly a chicken-legged MEKA bursts out of the trees.

We don’t know which heroes will be getting Winter Wonderland skins for the next Overwatch seasonal event up on the calendar, but we wouldn’t mind it at all if Blizzard continued to bribe us all by giving D.Va another new skin to try and unlock.

Winter Wonderland usually gets going around the first or second week of December, but stick with Dexerto to find out the exact dates as soon as they’re announced.

The US Army National Guard ran a series of CS:GO Community Nights and tournaments throughout the last few months of 2020, with prizes up for grabs. Here’s what went down.

Starting in October, the community nights offered up 30,000 points, which could be redeemed for prizes.

For the duration of the three-month-long series, players could also register their teams for bi-weekly tournaments, which were held on the National Guard’s organizer page.

For the bi-weekly tournaments, starting on October 18, players were ranked on their wins/losses throughout this period. The top players proceeded to the next stage of the tournament and were rewarded with Points, from a pool of 30,000.

To make things interesting though, Missions were in-play for all matches, as a way to earn extra points. For example, actions such as getting headshots, clutches, bomb defuses, nade kills and more were rewarded.

Players were set a mission challenge, for example, get 3 clutches, and succeeding will earn points. Mor information on how missions work can be found here.