The conclusion of the Super Bowl hasn’t delayed Madden 19 content, as a new limited time game mode has hit Madden Ultimate Team for PS4, Xbox One and PC players as of Tuesday morning.

The brand-new mode is called House Rules and is expected to bring a bit of variety to the Head-to-Head game mode throughout the course of Madden 19. 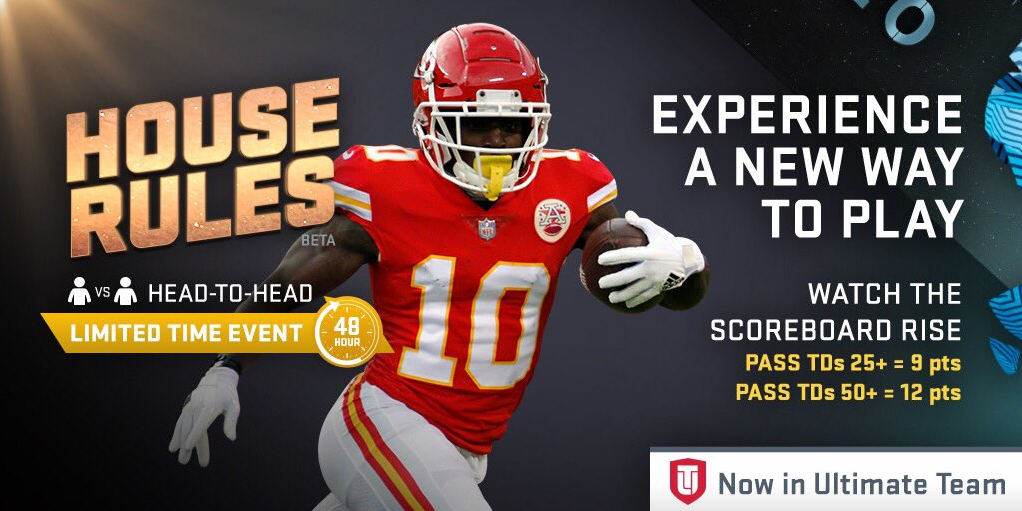 The decision to focus on long touchdown passes is an interesting choice, as it figures to put a bright light on the obvious flaws in Madden 19’s zone coverage logic, many of which have repeatedly drawn criticism from the community throughout this iteration of the game.

It’s quite obvious that at this point in the Madden cycle, nothing can be done to “fix” the issues surrounding zone logic. Embracing the absurdities and glitches in a new game mode that rewards users for exposing the game is an interesting tactic, but if nothing else, it’s unique. 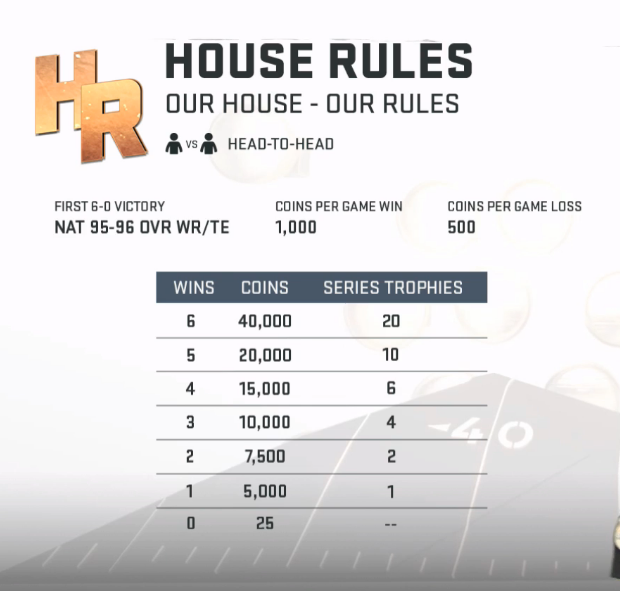 The House Rules made will give players a new way to get rewards.

The rewards associated with the game mode are certainly enticing, as a perfect 6-0 run can guarantee a 95-96 overall wide receiver or tight end if it’s a player’s first time achieving the feat.

Two items will come in the non-auctionable/tradable pack, and a user will have the option to select one of the two NAT items. The eight players featured in the drop are listed below:

On top of that, a 6-0 run will also yield 40,000 coins and 20 Series Trophies which can be repeated on subsequent perfect sequences. 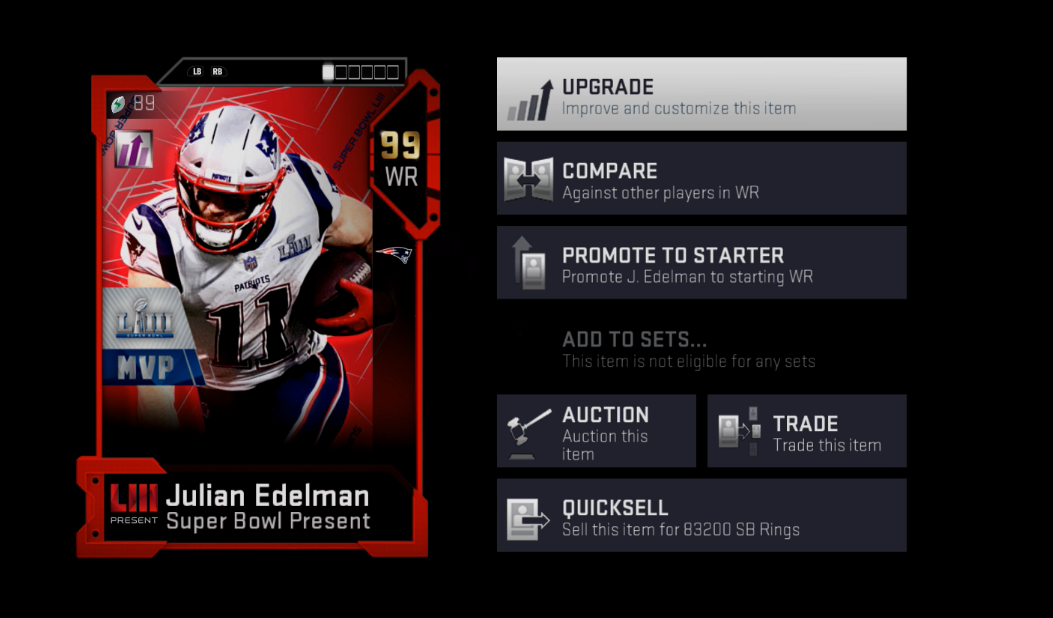 The Super Bowl MVP got a solid upgrade with the February 5 drops.

Super Bowl cards also got their long-awaited update, with the likes of Julian Edelman becoming the first 99 overall card in Madden 19 by virtue of his Super Bowl MVP performance.

At 5-10 and with 94 speed, Edelman won’t be a deep ball threat, but his all-around receiving stats across the board will make him a demon in the slot. Ironically, the Patriots’ Super Bowl win means that all New England players featured in the Super Bowl Present promo will get their overalls boosted by +1. 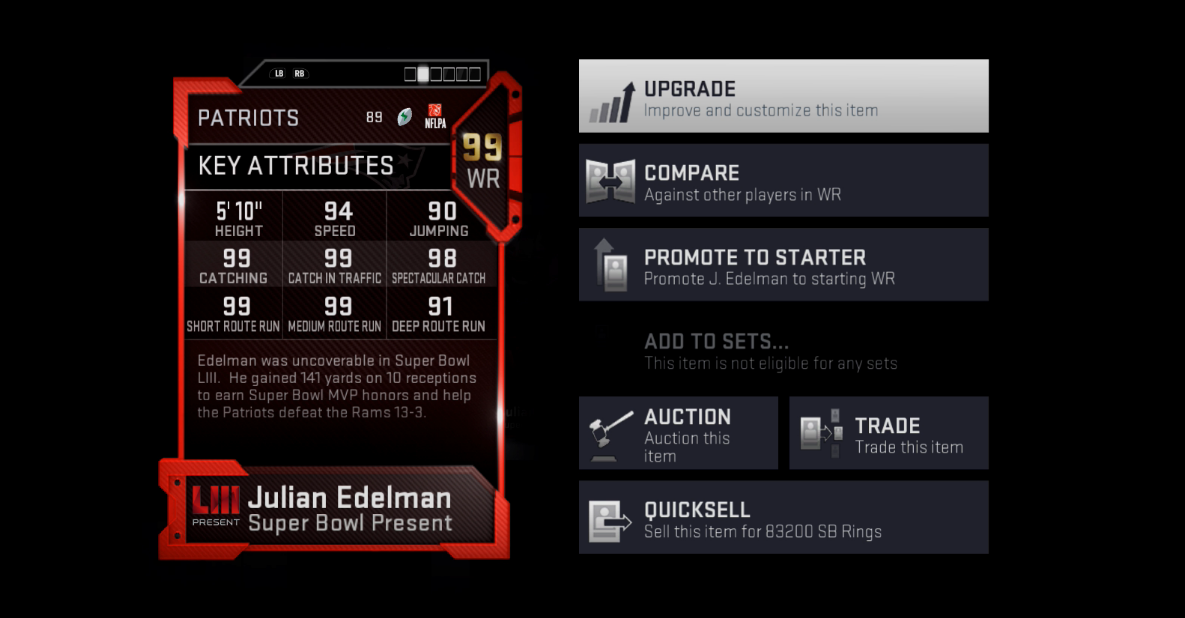 Edelman will be just the first player to receive a new upgrade soon.

More cards are soon to drop, with another limited time release scheduled for each day this week featuring NFL Honors players.

Andrew Luck and Chris Long will be the first to receive upgrades starting Wednesday, and both are expected to be high overall cards with even higher price tags.

The recently retired Julius Peppers is also expected to receive an LTD item in the near future, although EA was mum on the details as of Tuesday.