It’s a bittersweet end to the Madden Ultimate Team Legends program, which had been puttering out the last two weeks with the release of “active” players, but culminated in two limited-time past Super Bowl performers hitting packs Saturday for PS4, Xbox One and PC players.

97 overall Keyshawn Johnson is probably the better of the two items, thanks to his size (6-foot-4) and his ability to fit into multiple theme teams.

Considering he boasts 92 Speed, he’s significantly better than the likes of 96 overall “Legends” Larry Fitzgerald who is slower and smaller than the former Super Bowl winner. It seems likely Johnson will see an even larger speed boost in the coming months, so while the specific figure is a bit disappointing now, Johnson is fairly close to being an albeit, expensive, end-game item. 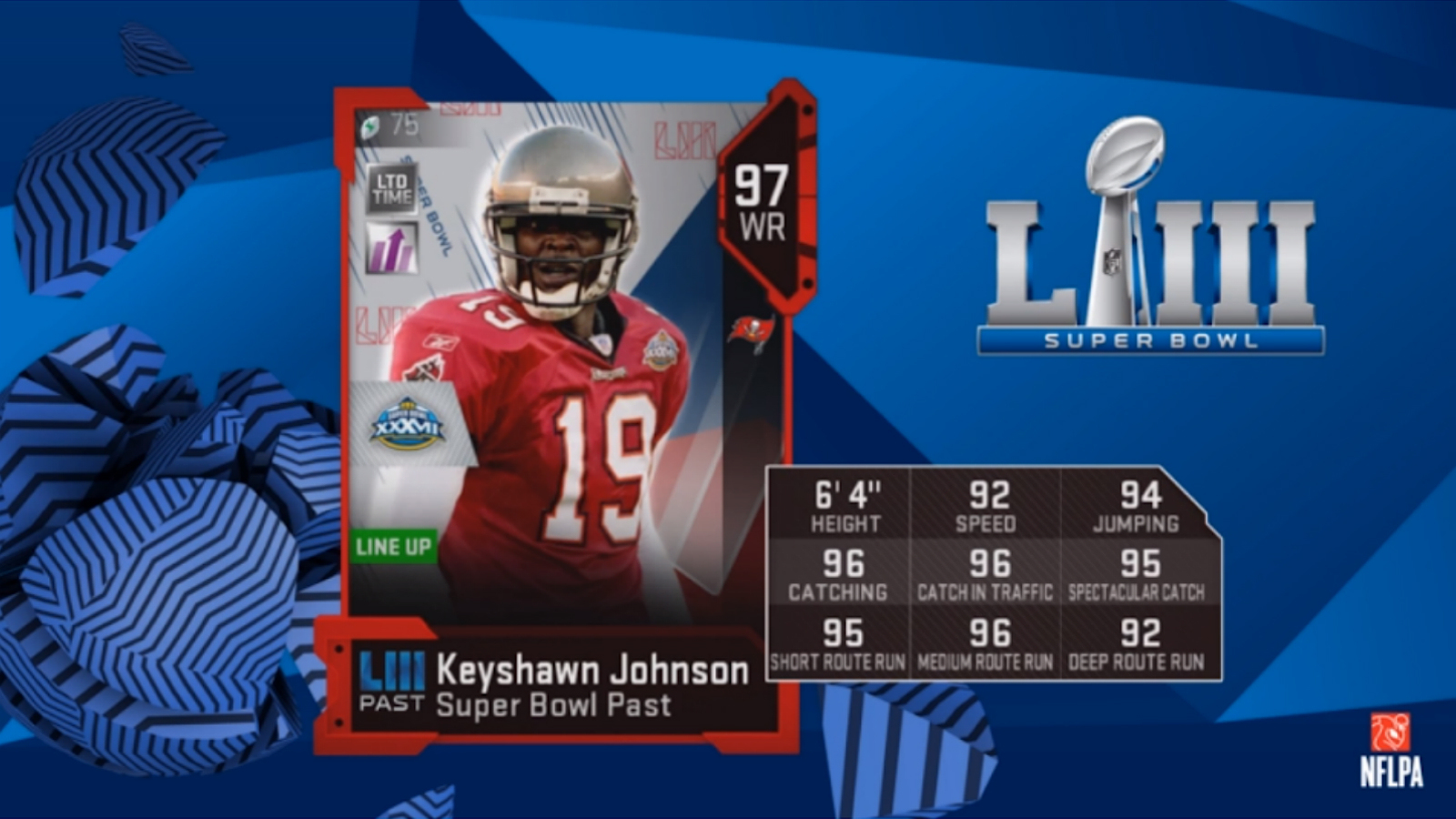 Johnson’s item possesses the necessary, but might need more speed in order to be a truly elite item
[ad name=”article2″]

Compared to Johnson, Tatum is frustratingly lackluster. One of the better safeties in NFL history, Tatum unfortunately falls underneath the category of “older” former player, meaning EA (at least this year) will almost always discount his speed.

Besides wide receiver, there isn’t a more important position when considering height than safety, which means that not only is Tatum on the slower spectrum for high-end cards, but he also is one of the smaller safeties around.

96 Hit Power and 96 Acceleration are nice, but in a meta currently dominated by high-point passes and tall receivers, Tatum doesn’t come close to living up to the 97 overall item he currently possesses. 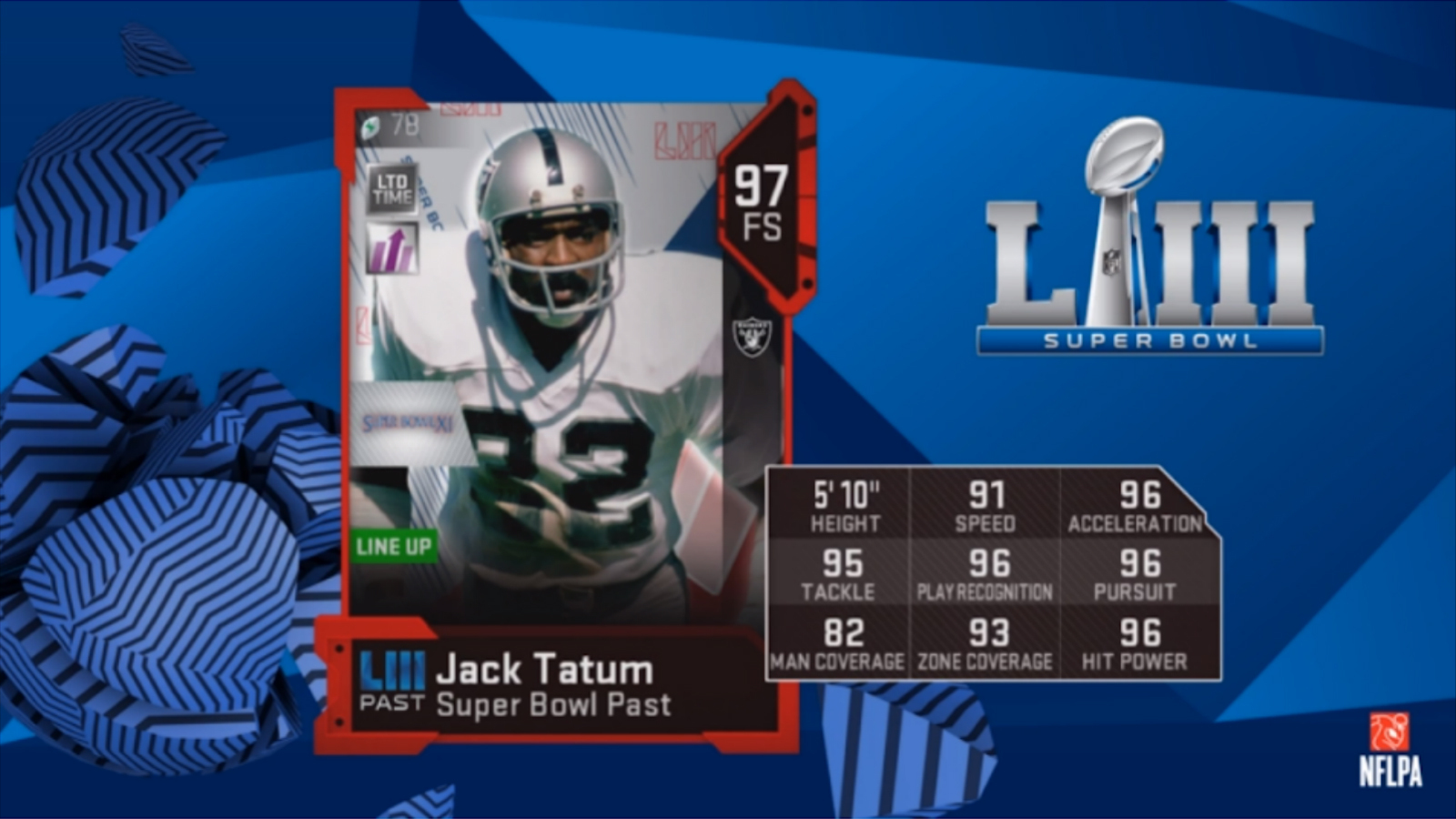 Another new round of Blitz packs, another round that is sold out within minutes. With just 3,500 packs available across each platform, the 93 Overall Harvest All-Star, which could be bought for 5,000 training points but quicksold for 6,400 wound up being easily the best bargain of the Blitz promo so far, but only for users who were around during the server change over at 3:00 p.m. ET. 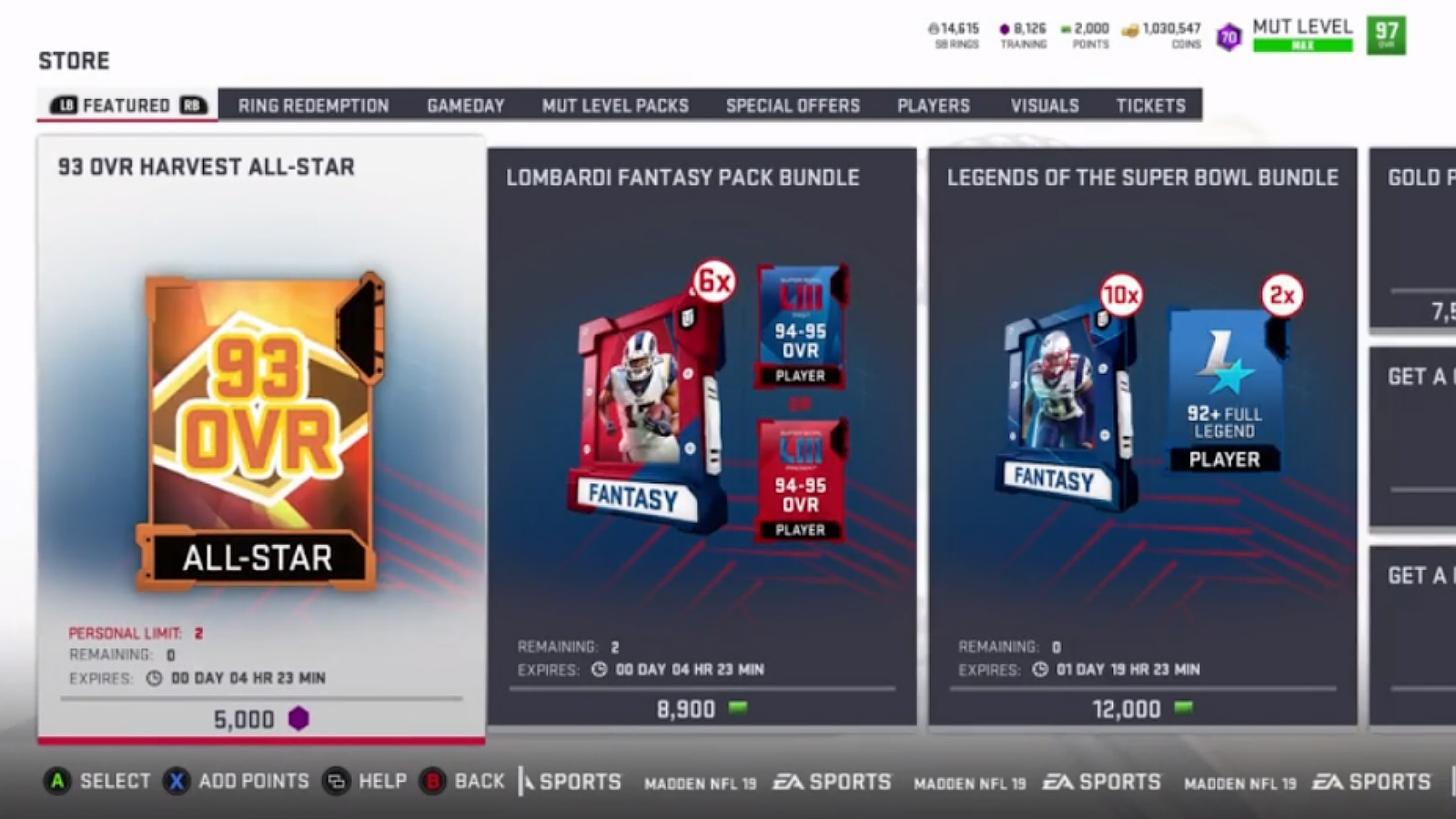 Players unfortunately are left with two bundles that can be purchased via points, with the former presenting a solid enough value for $100 (if you can spending that much on a virtual currency “value), yielding six Lombardi Legends packs (guaranteed 86+ higher Super Bowl card) plus your choice of a Super Bowl Present or Past 94-95 Hero needed for the respective sets.

Teased ad nauseum throughout the week, the limited time solo, available from 11:00 a.m. ET to 12:00 p.m. ET was just another attempt for EA to market the limited time Super Bowl shoes, which were shown off by NFL star tight end Travis Kelce earlier in the week. If you didn’t get the shoes, don’t fret, a user will earn a pint-sized 375 Super Bowl rings for their solo-completing troubles. Yipee.