Another new head-to-head Limited Time event for Madden 19 launched February 19, adding to a laundry list of interesting “House Rules” to grace Madden Ultimate Team since the feature debuted after the Super Bowl.

Unlike the previous two iterations, this 48-hour event will focus on the Squad and Duo modes and will award extra points for rushing touchdowns of 25+ yards (nine points) and 50+ yards (12 points).

In addition to the new House Rules, brand-new Team MVP cards were recently added that should give players something to strive for. 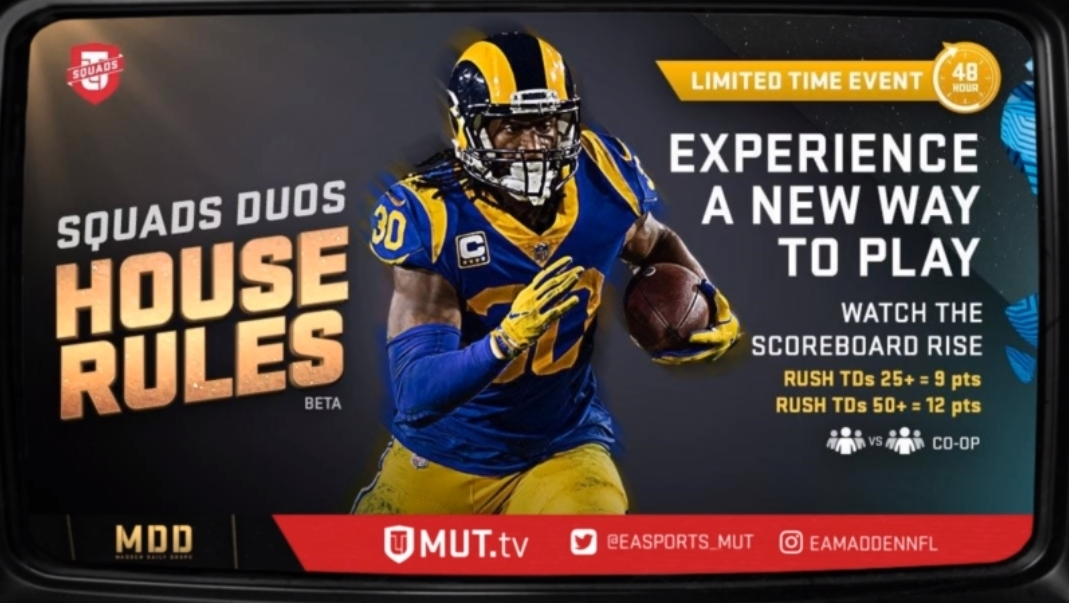 The brand-new House Rules are sure to spice up play in Madden Ultimate Team.

Particularly in a game mode where two or more players operate on the field, the chance for long runs should, in theory, be more difficult given an AI-driven player shouldn’t play the run (or pass) better than a user.

It remains to be seen if that will truly wind up being the case, but the reward at the end of the tunnel seems enticing. While it wasn’t explicitly stated, following past LTD H2H events, users who go 6-0 the first time (and only the first time) will have the opportunity to receive a non-auctionable/non-tradable item out of these players, plus a smattering of coins and Series 5 trophies.

Four of the remaining 12 teams without MVP and Team Builder cards were added Monday, bringing multiple 97 overall items including updates to Khalil Mack and Deshaun Watson. 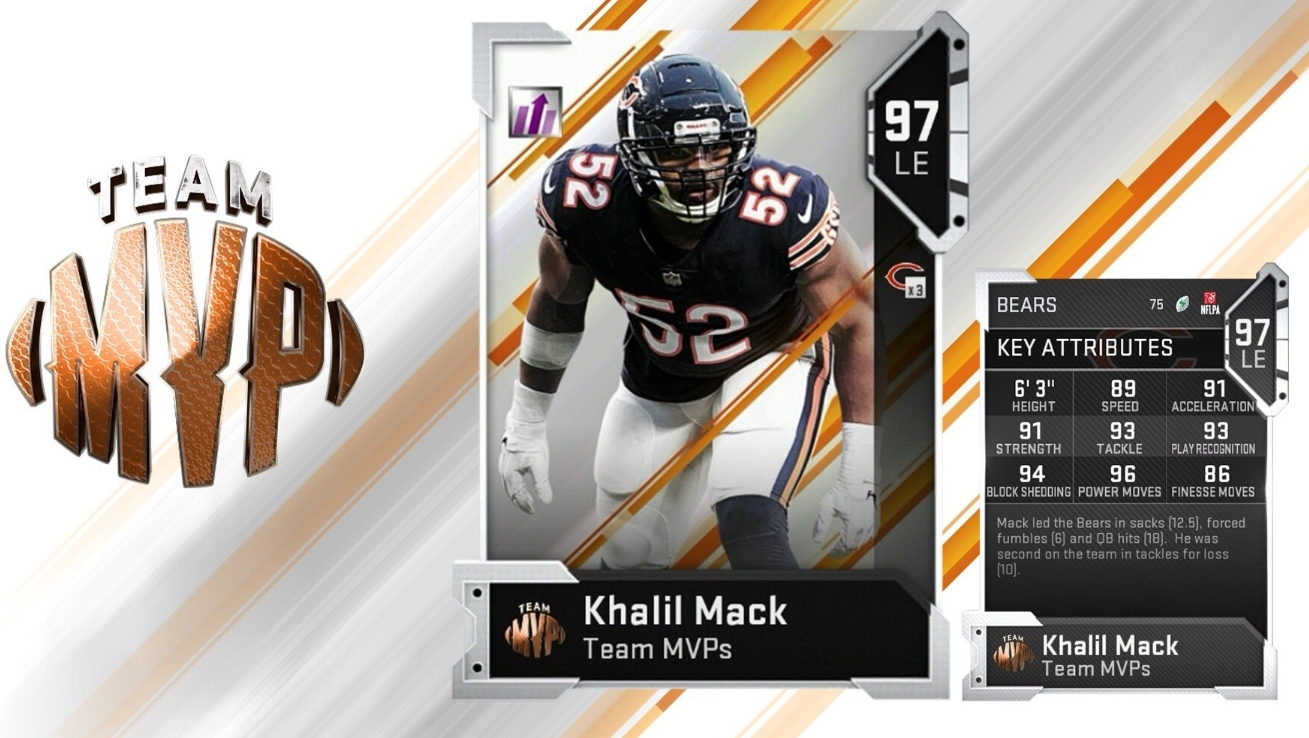 Khalil Mack is one of the best Team MVP options to date.

The Bears, Texans, Ravens, and Seahawks all received a plethora of new items, retrofitting prospective theme teams with new options.

The majority of players will likely be depth items on the aforementioned respective fantasy lineup, but it’s still encouraging to see EA’s invest some serious promo capital into one of the few bright spots of Madden 19. 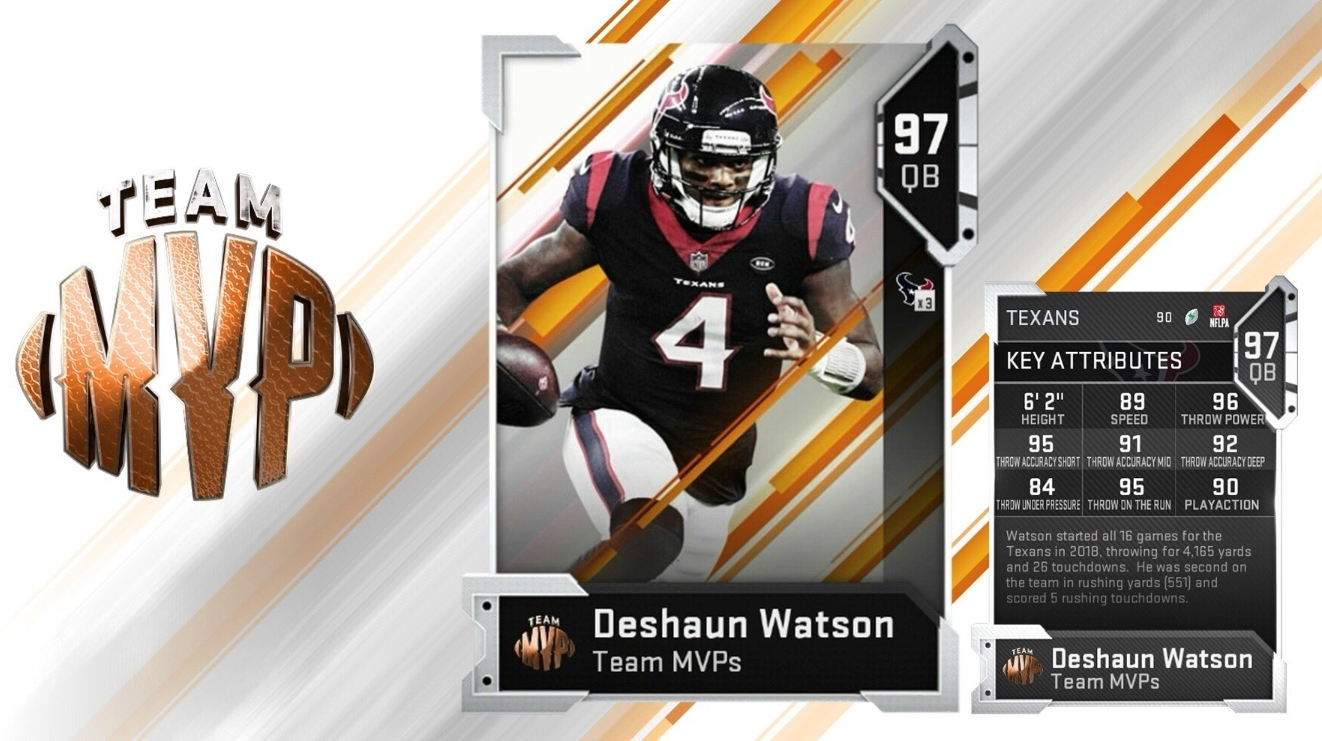 Deshaun Watson is a great option in Madden Ultimate Team but has one fatal flaw.

Both Mack and Watson profile as some of the best Team MVP options to date, with the latter receiving a mind-boggling plus-five overall boost from his 92 overall Blitz version, complete with speed upgrades (89) and throw power (96) that will rival even the best of the mobile quarterbacks currently available.

The only blemish for Watson, and the other two soon-to-be mentioned Team MVPs, is the lack of Power-Up option. That should change, perhaps as early as Sunday, February 24, according to EA’s mandate to provide more of the upgradable cards, but even without the potential boosts Watson easily is among the top QBs currently released in Madden Ultimate Team. 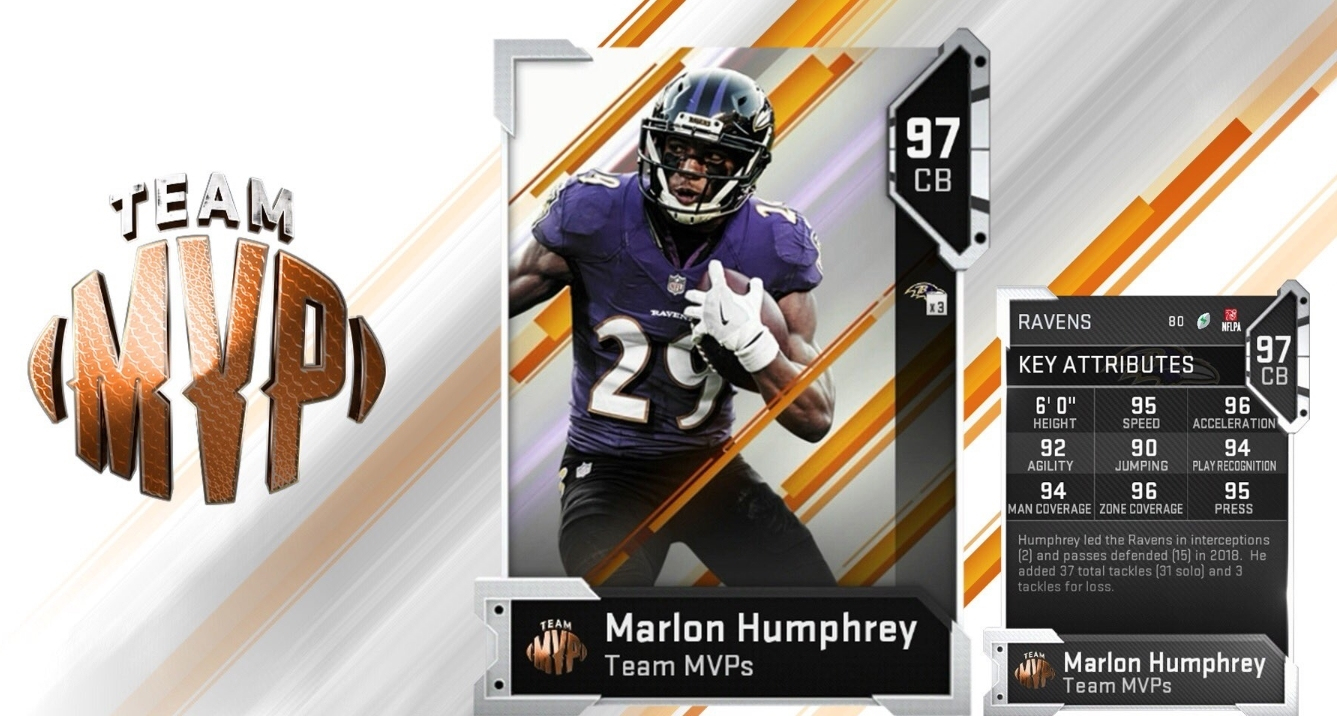 Marlon Humphrey might fly under the radar, but he’s a solid pickup.

Marlon Humphrey’s Team MVP will likely go under the radar, particularly since the second-year cornerback has only recorded four interceptions throughout his career, and thus, isn’t a major commercial draw.

But with a base 95 Speed and eye-popping coverage stats across the board, Humphrey slots in nicely with similar 97 overall cornerbacks currently released and is already light-years ahead of the ill-fated Ultimate Legends debut of Everson Walls (use link of last Saturday’s article). 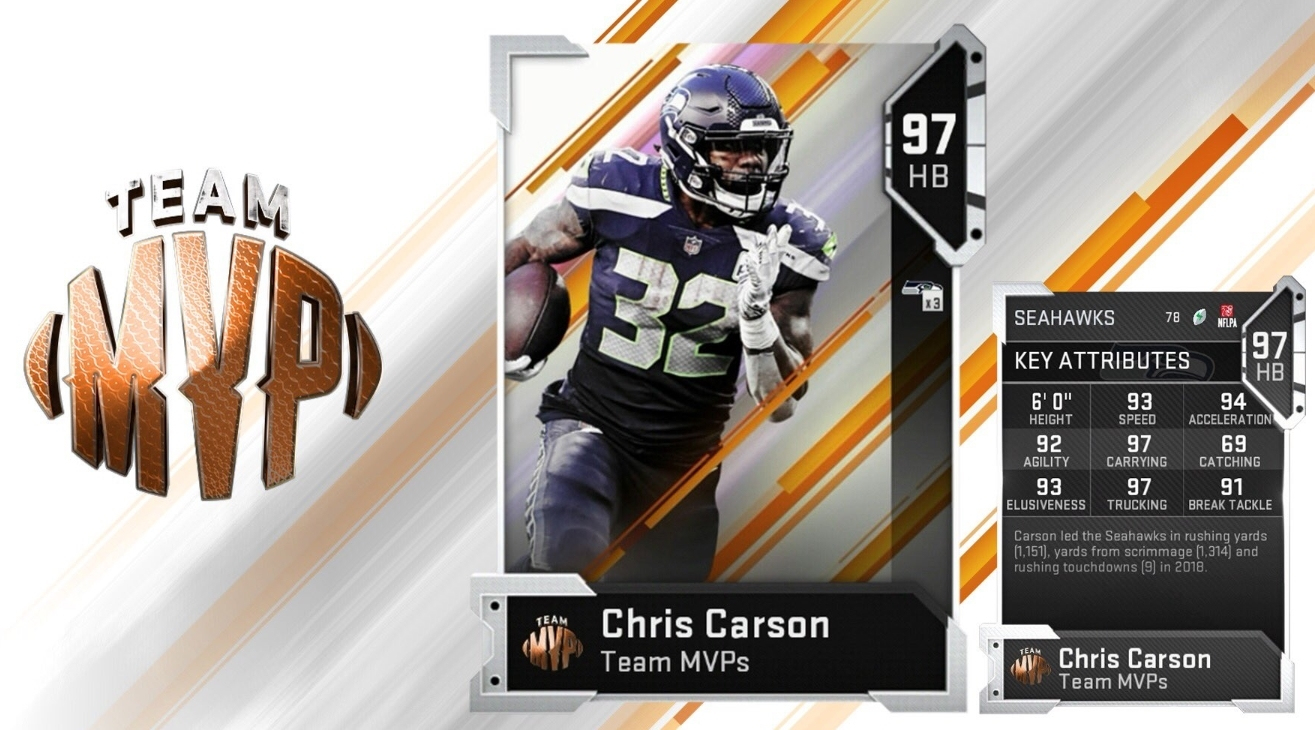 Chris Carson will be a Madden Ultimate Team powerhouse once he gets a Power-Up.

The same thing could be said for Chris Carson, except the essentially free Ricky Williams (and more than likely Rookie Premiere Saquon Barkley) hinders the running back’s value.

93 Speed isn’t terrific at this stage of the game, but once Carson receives a Power-Up, the second-year RB will be eligible for a litany of possible speed boosts which essentially render the lower number moot.