Tyler ‘Tyler1’ Steinkamp has assembled his Twitch Rivals dream team and fired off warning shots to his foes ahead of the LoL Showdown on January 21, getting ready to “sh*t down [everyone’s] throats” in the tournament.

Twitch Rivals is on again, and the platform’s biggest names are butting heads for the pride and glory of being League of Legends royalty.

Arguably, there’s no bigger League personality than Tyler1. Before Twitch Rivals kicks off, the challenger ADC is making his presence known heading into the event, issuing a warning to anyone who dares approach him for the title. 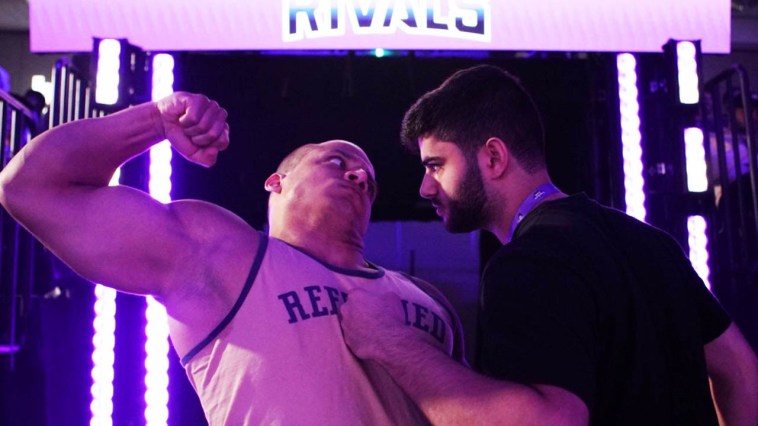 Tyler1 has issued a warning to his Twitch Rivals opponents, including Yassuo, saying they better get ready to get “sh*t on.”

After the team draft wrapped up, Tyler1 had a few works to say that his opponents could mull on before the competition starts on January 21.

“Wait wait, I’m not done yet,” he butted in wth just as the broadcast was about to wrap up. After the comment was invited on by desk host Daniel ‘dGon’ Gonzalez, Tyler1 wasted no breath berating his opponents.

“I’m the absolute greatest human being to ever walk this f**king Earth, and I don’t like any of you,” he said. “I’m going to absolutely sh*t down your throats in this f**king tournament.”

The warning was met with nervous laughter and a few comments of Tyler1 going a bit “too far,” but the King of League of Legends Twitch is serious about defending his title in the showdown.

He’s drafted a solid lineup of former LCS stars and Twitch Rivals winners to help him go back-to-back after winning in November. He’s picked up top laner ‘1adrianaries1’, whose Riven carried Tyler1 and co. to a triumphant win over Nightblue3 in the previous rendition of the event.

He will also be joined by former LCS talent Hai ‘Hai’ Du Lam and Christian ‘IWillDominate’ Rivera in mid and jungle respectively, and jungle main Luke ‘Metaphor’ Canning in support. 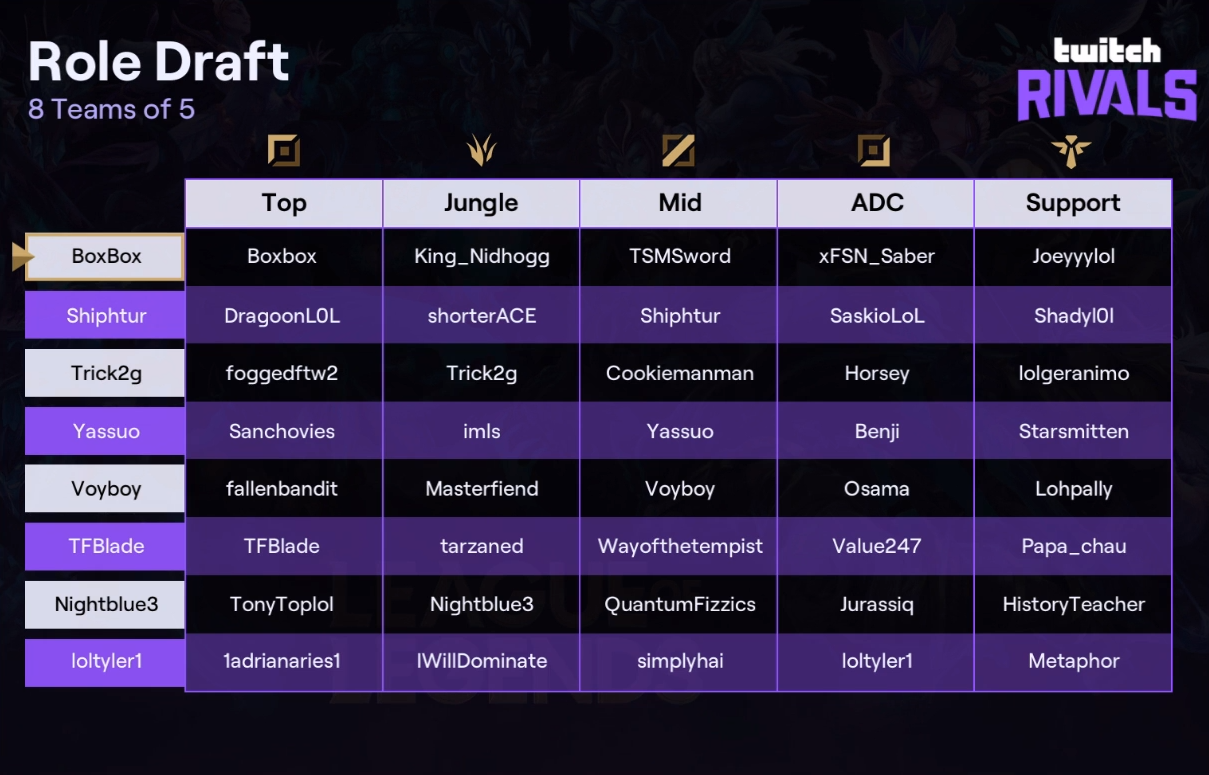 Eight teams will be competing in 2020’s first Twitch Rivals for LoL.

Twitch Rivals will take place from January 21 with eight teams headed by some of the platform’s biggest League personalities. Moe ‘Yassuo’ S., Tim ‘Trick2g’ Foley, and Ashkan ‘TF Blade’ Homayouni have drafted teams of their own and are ready to make Tyler1 eat his words.

For a full rundown of Twitch Rivals January 2020 teams, check out the table below.