Twitch star Tyler ‘Tyler1’ Steinkamp admits there was “not much” he could have done for North America as the star-studded squad fell to a late-game defeat at the hands of Europe at the League of Legends All-Stars weekend.

Tyler1, known for playing hyper-carry champions like Draven and Quinn, as well as a splash of the Heimerdinger every so often, expected to be able to play one of his core picks during the LCS vs LEC stage match. When they were banned out, there was simply “nothing he could do.”

At least, that’s the message the streaming superstar is trotting out after he finished 2/8/16 on his bot lane Ivern pick in a squad that included world champions Bae ‘Bang’ Jun-sik and Jo ‘CoreJJ’ Yong-in and LCS star Zachary ‘Sneaky’ Scuderi. 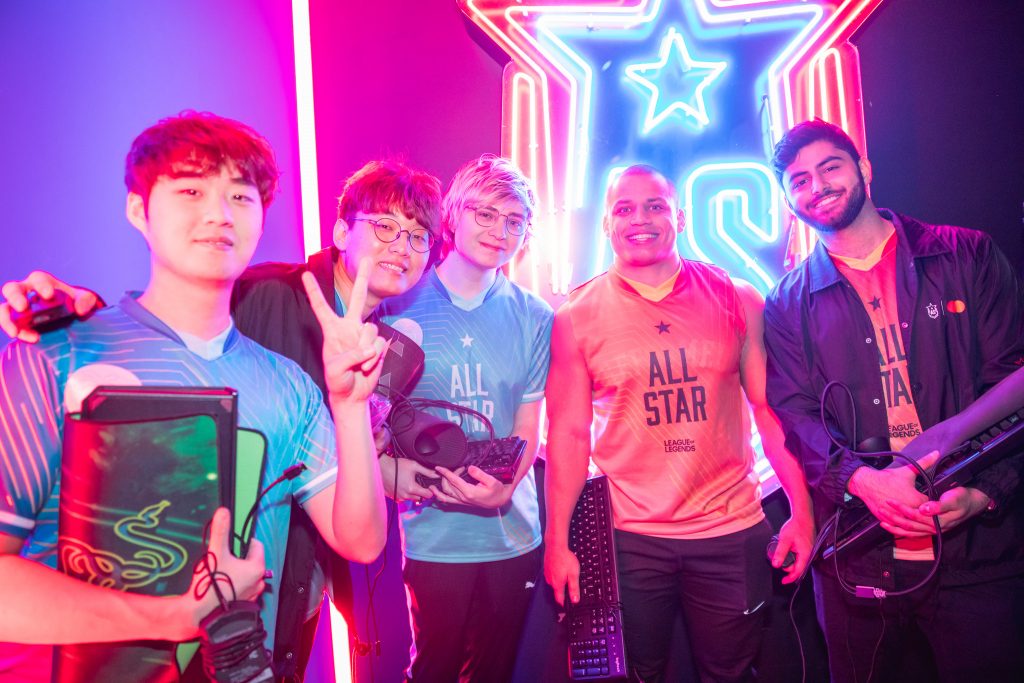 Tyler1 says it was impossible to carry his “for-fun” team of Bang, CoreJJ, Sneaky, and Yassuo.

“I keep saying, I didn’t lose, NA did not lose, the four ‘players’ on my team, they lost,” Tyler1 said of his LCS squad, which also included fellow Twitch star Yassuo, in a tongue-in-cheek interview with Travis Gafford at the Las Vegas event.

“Are they that scared? Probably salty about that Worlds performance. I’ll be honest, I wanted to win, but I’m almost positive my entire team—CoreJJ, Sneaky, Bang, and Yassuo—were playing for fun. Typical, right?” 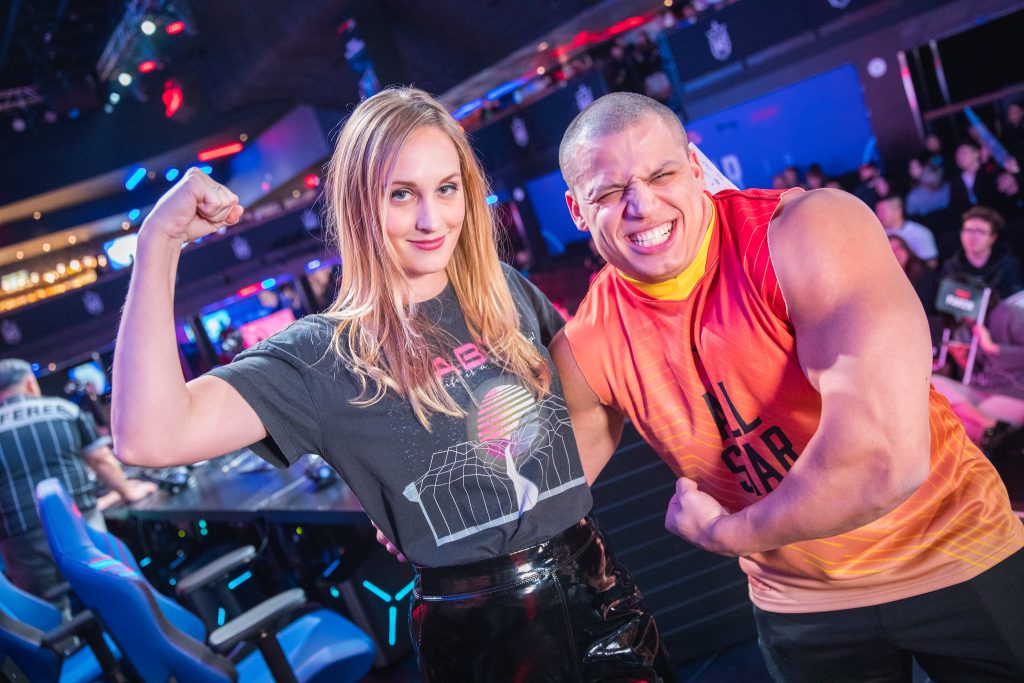 Tyler1, here with Sjokz, took over Riot’s All-Stars event with his boisterous and hilarious personality.

The divisive streamer’s attendance at Riot’s Vegas event wasn’t all for naught, however, after he managed to have a deep and meaningful conversation with three-time world champion Lee ‘Faker’ Sang-hyeok about friendship.

“We were at a table together, and I said: Faker, are we best friends? And he said ‘What?’ so I repeated the question. He said, ‘You, me, best friends… no.’ But still, he thought about it, it was in his head that we are best friends!” Tyler bragged.

It does seem like the Twitch star has left a lasting impression on one of the greatest League of Legends to have ever played, however, with the T1 star admitting he is never sad to see Tyler1 marching towards him at Riot-hosted events.

“He is… full of energy, whenever I see him he always greets me with the brightest smile,” Faker revealed to Korizon after falling out of the 1v1 bracket, and admitted he liked seeing him at tournaments. “I have a very positive impression of him.” 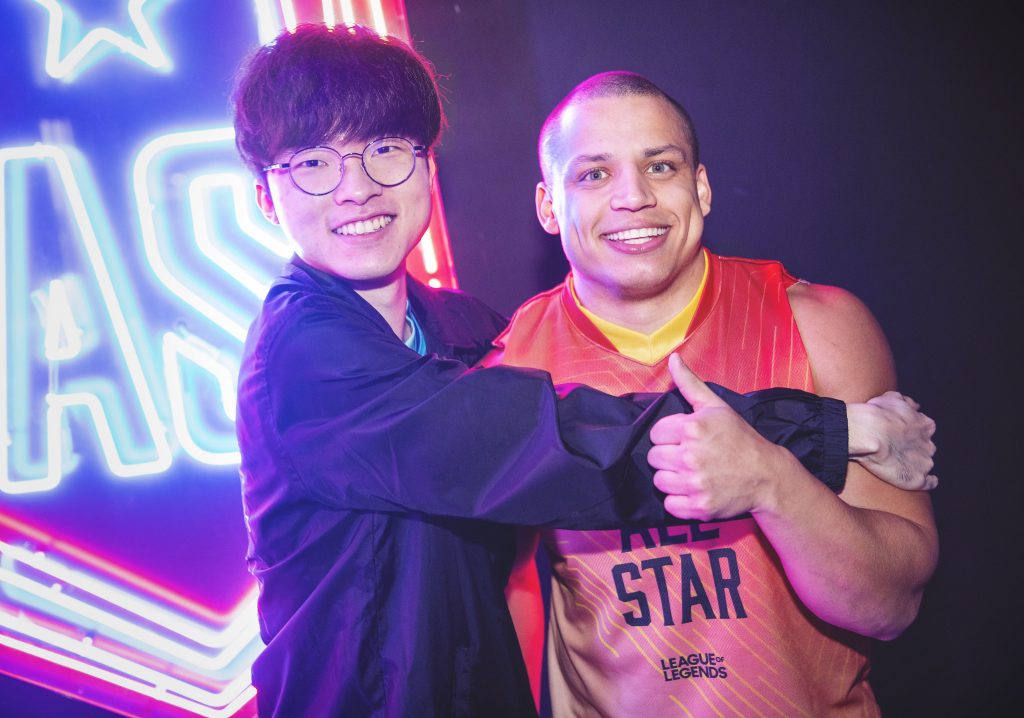 Tyler1 and Faker apparently discussed the true nature of their relationship at All-Stars.

Results-wise, the Las Vegas tournament may not have treated Steinkamp well, but for him, All-Stars only marks the event preceding his brain-child, perhaps one of the biggest events for LoL fans around the world: the Tyler1 LoL Championship Series.

2019 is already set to be a massive year for the Tyler1-run and hosted competition, but the Twitch star has teased 2020’s iteration will be “bigger and better” than its ever been—perhaps not the hardest feat considering he runs it from his room.

“This year will actually be the last TCS like this, if you get what I’m placing down, we’re going big next year… we already have it in the works,” Steinkamp teased. “I got in trouble last year for teasing more stuff, so I’m just going to say, enjoy the show.”

For mobile viewers, the related segment in the video below begins at 4:16.

For now, the hype of TCS 2019 is already building, with former LCS stars like Turner ‘Damonte’ Damonte and Matthew ‘Akaadian’ Higginbotham joining forces with Ashkan ‘TF Blade’ Homayouni to gun for another tournament title.

The event will also see Moe ‘Yassuo’ A and Tim ‘Trick2g’ Foley bury the hatchet after their internet spat over Twitch Rivals, with the duo set to contest the sixteen-team tournament on a roster with Gosu, Sanchovies, and Swifte called Tricky Snakes.

The event will be streamed on Tyler1’s Twitch channel. A full list of Tyler1 Championship Series 2019 teams can be found here.