For years, three-time world champion Lee ‘League of Legends player of all time.

SKT have returned to the international stage with a vengeance, claiming first seed in the 2019 World Championship ‘group of death’ and only losing a single game to European darlings Fnatic.

From there, the Korean champions drew LEC third-seed Splyce in the quarter-finals. Despite dropping a game to the Vipers, Faker and his roster delivered Europe a major blow as they bundled up one of their three representatives and sent them home.

Following the major victory, and the revelation that SKT would be playing their second semifinal of 2019 against the same opponents, Europe’s champions G2 Esports, Faker admitted that he had been thinking about the title of the League of Legends ‘GOAT.’

According to the Korean superstar, who won the world championship with SKT in 2013, 2015, and 2016, and finished as runner-up in his fourth attempt, he’s finally come to terms with holding the illustrious title of the greatest players of all time. 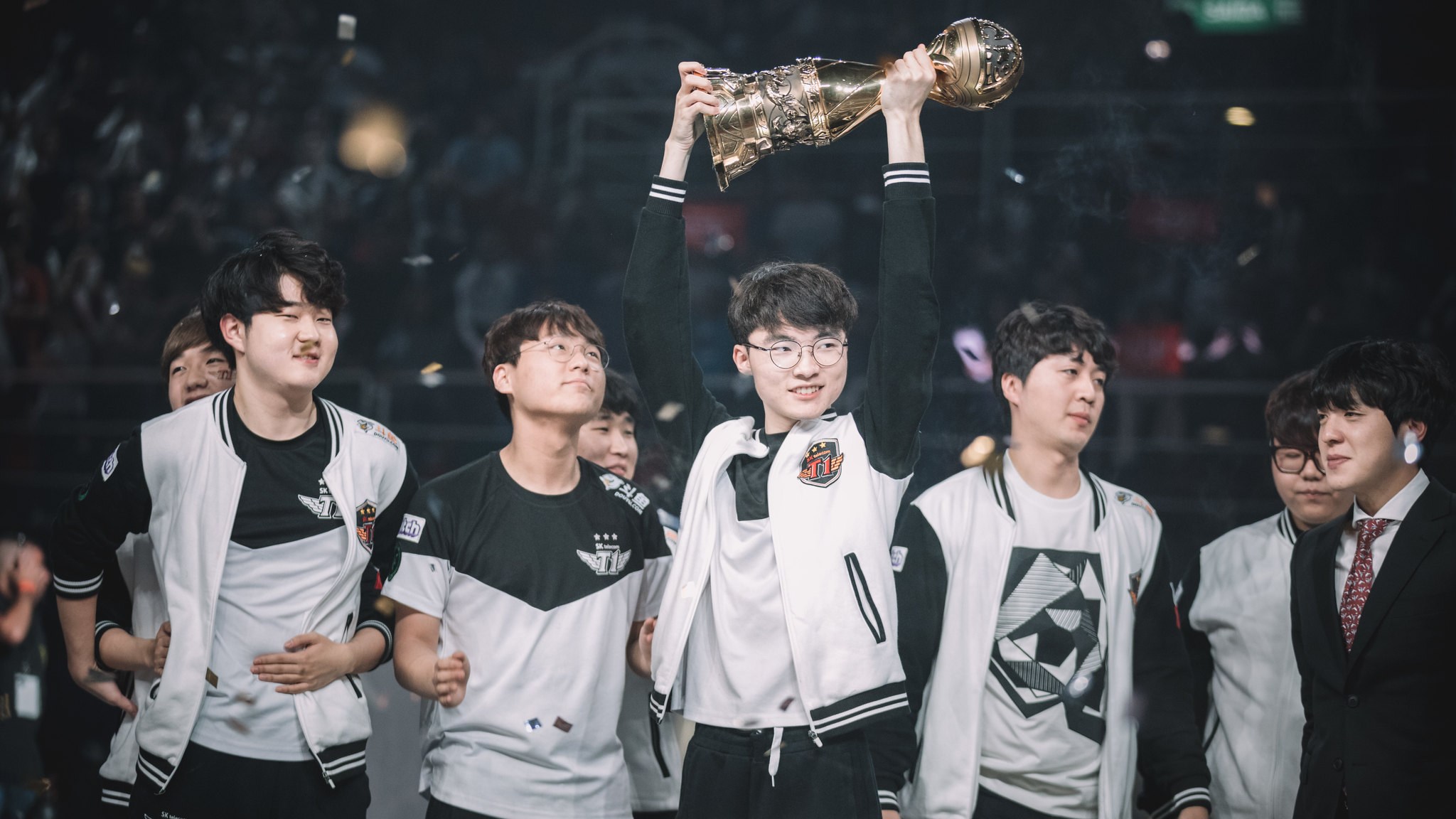 Faker has won three world championships with SKT, the most in history.
[ad name=”article3″]

“I’m very thankful that I’m called the GOAT, and I do think I deserve to be called the GOAT,” Faker told media in the Palacio Vistalegre’s conference hall, as transcribed by Inven. “When praised like that, it makes me want to do better, so I’ll put in more effort so I can gain more titles like that.”

Part of the reason that Faker has excelled in the domestic arena and on the world stage for so long, the superstar mid laner said, was because even with setbacks, like losing a Worlds final, or being upset by G2 at MSI earlier this year, he still had complete faith in himself.

“I have never doubted myself,” he stated. “All I think is that I need to improve myself and I’m confident that I can show better performances. Before any doubts hit me, I think I would get more motivation to get better.” 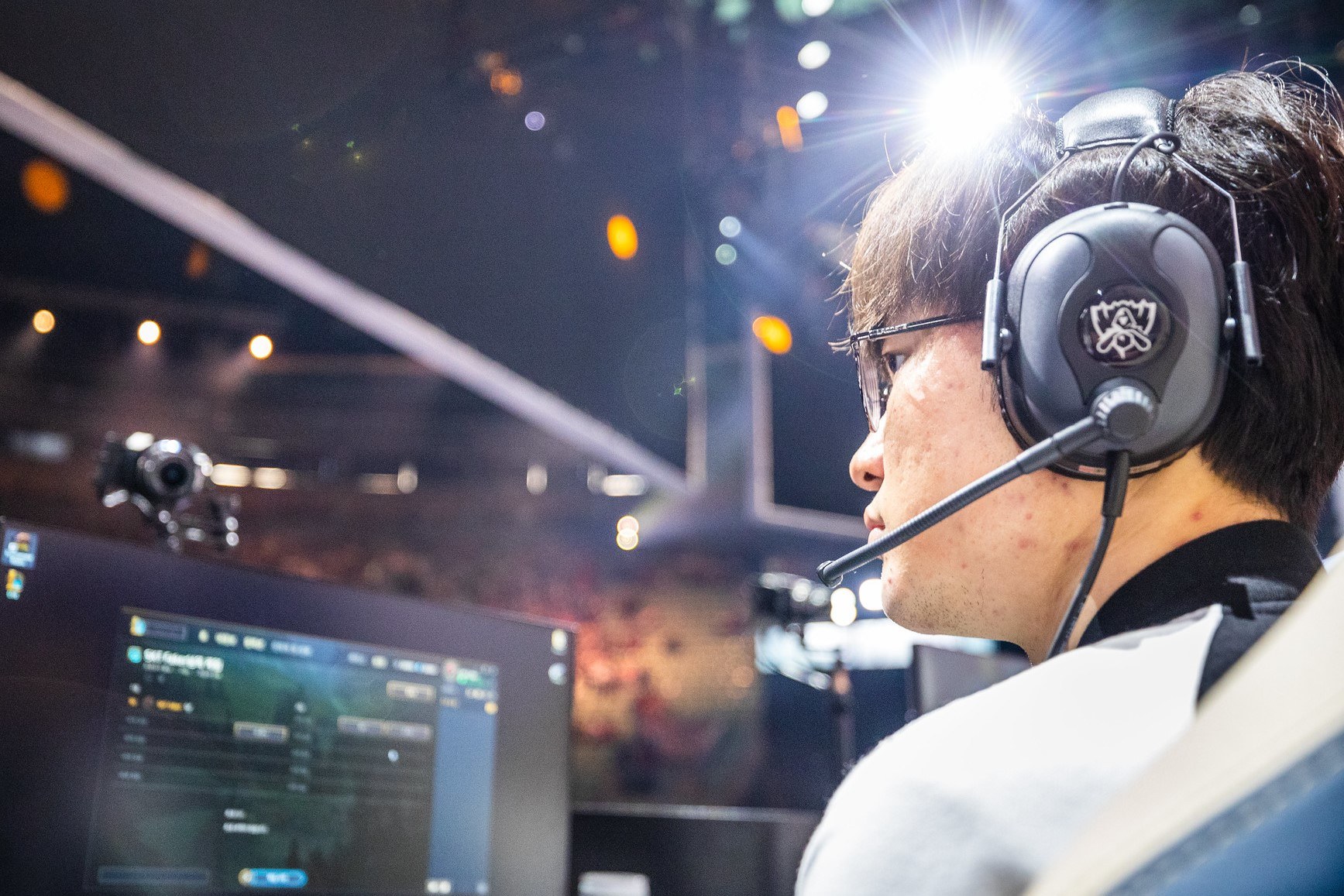 The SKT superstar revealed he always tries to learn more about League of Legends.
[ad name=”article4″]

Perhaps part of Faker’s acceptance also come from another milestone that the star hit last weekend during the first stage of the Worlds knockout rounds in Madrid. During his team’s 3-1 victory over Splyce, the Korean star recorded his 100th international win.

Always looking for ways that he can improve his game, however, Faker had a simple message when told that he had hit the lofty objective: “Actually when you say 100 victories it doesn’t sound that much, so I’ll keep trying hard to get to the 200th.”

.@faker is the first player to get to 100 wins across Worlds and MSI!#Worlds2019 pic.twitter.com/1iOVgIRSvN

His first step on that lengthy road to two-tons of international victories starts on November 2 when SKT look for revenge against G2. The eventual MSI champions ousted Faker and his roster in Taipei, and League’s GOAT has been waiting to pay back the favor.

“I want to face G2 again so we can have revenge. I think it’s going to be fun if we play against G2,” he said, and explained that he also admired the European team for the way they played the game, and how they had made him evolve his playstyle once again.

“Since G2’s playstyle is very unique, we gained more flexibility from that style. We’ve fixed some of the problems we had back then, but humans always have problems. I think it would be important to fix those problems as well.” 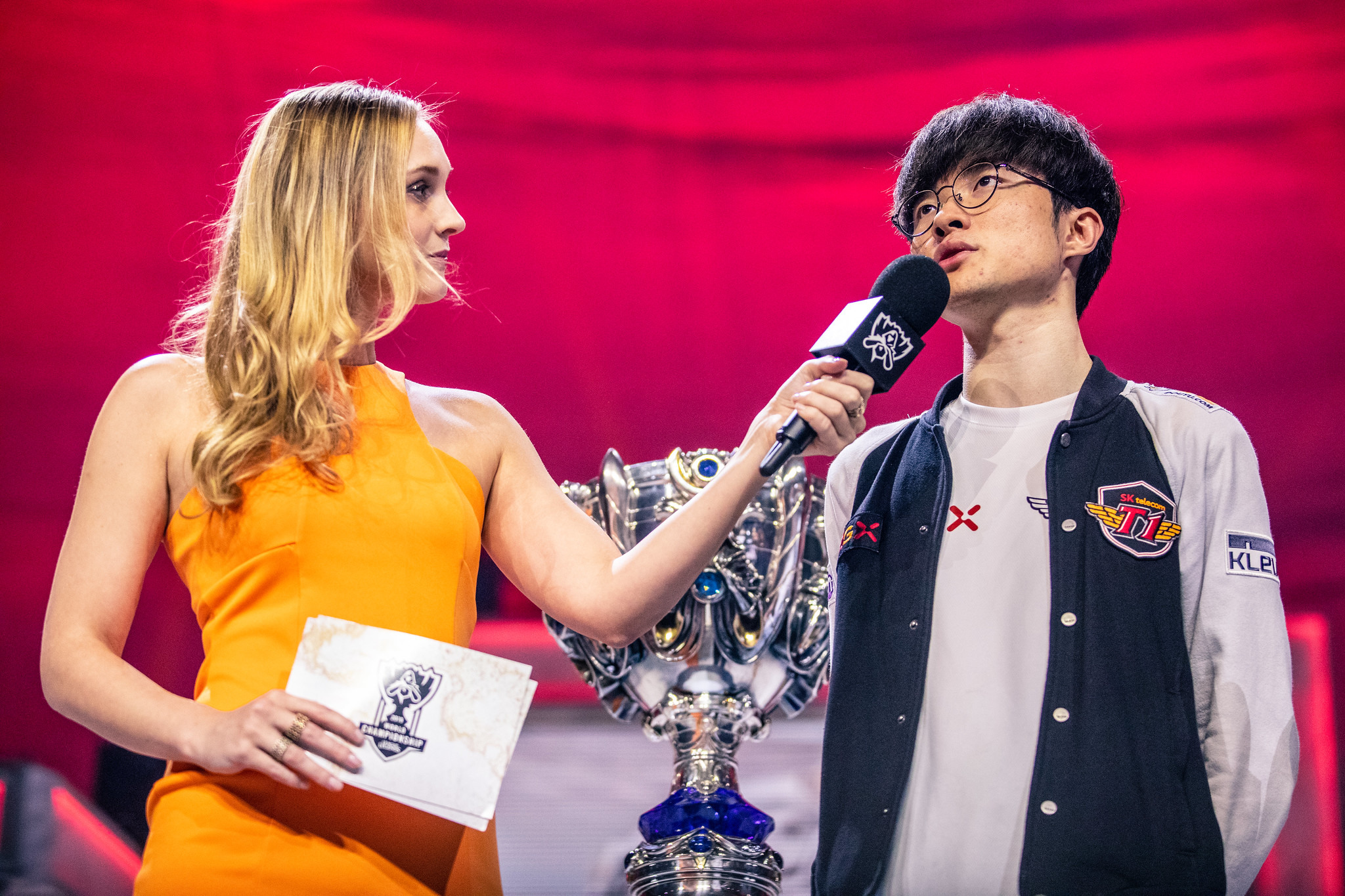 And from the sounds of it, SKT have fixed most of those problems, at least according to Faker, who said he believes they’re on the right track. “I think we still have room for improvement, but we’re playing better than before,” he said. “If we do, we can win the whole tournament.”

SKT faces G2 at 12pm CET on Sunday, November 3. Keep up with all the semifinal and grand final action on Dexerto’s regularly updated World Championship hub.

Where to interact with Rift Tour posters in Fortnite