The Liquid top-laner showed off his new building – which fans have been quick to dub the “Impact Tower” – on Twitter, stating that he had saved money from 2012, when he started his professional career in League of Legends, to 2019 in order to acquire it.

While Impact didn’t go into detail about what he plans to use the building – which even bears his name above the entrance – for, it seems it may act as a training facility for himself and his team, as he states it is “already set up to boot camp.”

Impact also offered use of the building to his fellow pros, stating he would like to occasionally help others who wish to come to South Korea. The country has often been a destination not only for teams to boot camp, but also individual players to hone their skills due to the online ladder famously offering more rigorous practice than other regions.

Welcome to my top lane? pic.twitter.com/paP5mPZWZ7

Impact made his name as the top-laner for the original SK Telecom line-up featuring Lee ‘Faker’ Sang-hyeok, which won the 2013 World Championship. After leaving SKT at the start of the 2015 season, he moved to North America’s LCS.

Since making the move, Impact has consistently competed at or near the top of the league, never failing to reach the playoffs, but it wasn’t until he joined Team Liquid for 2018 that he finally secured the title. Since then, TL have become the first NA team to ever win four consecutive LCS titles. 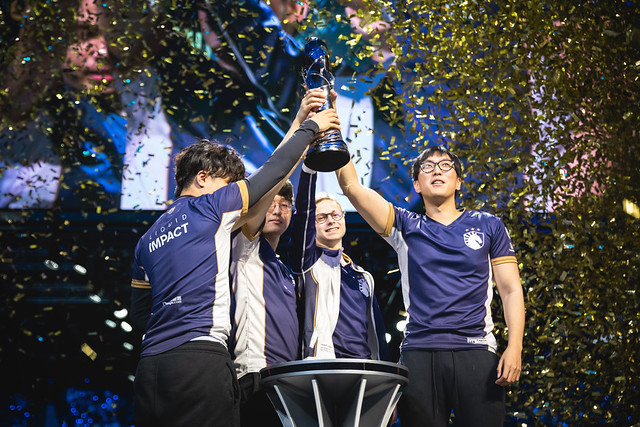 That success currently puts him as the 16th highest-earning League of Legends pro by prize money, with $531,340.34 from tournament winnings, although it’s quite likely that the majority of his career earnings have actually come from salary or sponsorship.

Impact’s investment of those earnings in an entire apartment building acts as a material reminder of just how far League of Legends has come as an esport over the seven years in which Impact has competed at the top.