Riot Games have revealed changes being made to the Summoner’s Rift jungle in the upcoming League of Legends preseason update.

Preseason is when Riot make their biggest changes League of Legends, giving players a chance to get used to major updates before the next competitive season starts.

This time around, the rift is getting several very obvious adjustments, but Lead Gameplay Designer Mark ‘Riot Scruffy’ Yetter has now revealed some slightly more subtle changes that will nevertheless have a major impact on both how the Jungle role can be played, and how the rest of the game is consequently affected.

The changes adjust the spawn rate, gold, and experience offered by various camps in the jungle. Non-buff camps will respawn 30 seconds faster, and while the average gold per camp is slightly down, the overall effect is a significant buff to the gold and experience earned by pure farm strategies.

Preseason PBE update – Jungle tuning iteration. Bringing up farm strategies to be closer in viability to gank focused play. Stormrazor and other work still coming in the next few days. pic.twitter.com/Lj8b7ZMrEp

In recent seasons, changes to the jungle have resulted in the role tending towards a more gank-heavy playstyle, with players rewarded more for looking to help their laners secure kills than for staying in the jungle and farming for gold and experience.

The preseason update looks set to swing the balance back a little bit. While jungle players and their teams will still be well-rewarded for successful lane ganks, it should be more viable to prioritize farming and counter-jungling as an alternative strategy.

This should hopefully open up the viable jungle champion pool to include those characters that aren’t so strong at skirmishing in the early game, while also increasing the consequence of failed ganks if the opposing jungler is taking a more reliable approach. 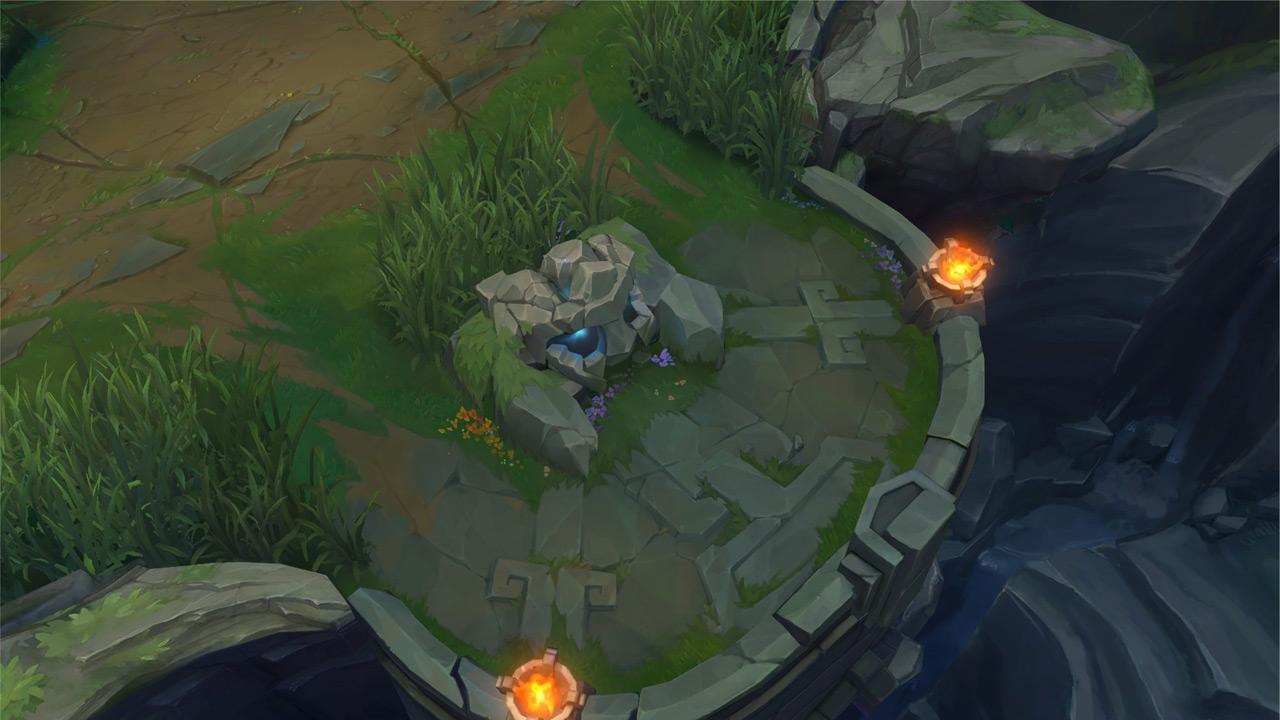 The top and bottom lanes are getting new “alcoves” in the preseason update.

This year’s preseason changes are set to shake up Summoner’s Rift significantly, with several fundamental changes to how the map will play out. Most are the terrain changes that are tied into the new elemental drake system, with the map now changing depending on which type of drake appears as the third spawn.

Further changes include the introduction of a new ‘alcove’ at the mid-point of the top and bottom lanes, which give players a new dynamic to consider in lane. Fans can also expect a variety of item and champion adjustments that have yet to be fully detailed.