League of Legends pros are getting the FIFA Ultimate Team treatment with incredibly designed player cards that shows off their strongest attributes.

For a long time player ratings for different titles like the NBA 2K series, FIFA, Madden and more have enthralled fans who want to compare their favorite players against others. Slowly that trend has been coming in various forms to esports as big name pros separate themselves from the pack.

CSGO players have a version of them with the BLAST player cards from the tournament organizers, and now a League of Legends fan has put together a glimpse to the ratings of prominent LCK, LCS (as well as Academy), and LEC pros. 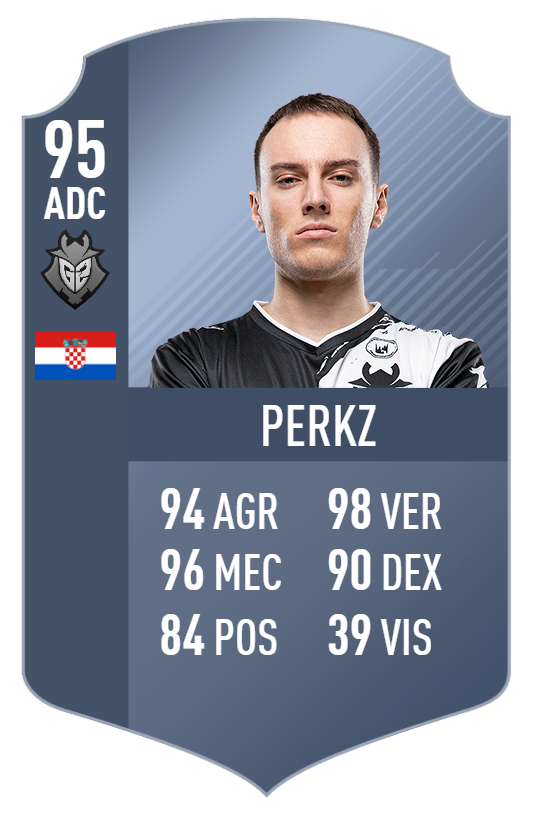 The League of Legends player cards include relevant categories for every one.

In a Reddit post, user ‘Junik39’ has not only impressed fellow fans but set off numerous debates and discussions on the scores that he’s attributed to stars in the following categories: Overall rating, Aggression, Versatility, Mechanics, Dexterity, Positioning, and Vision score.

Although Junik gave a clear advisory that all of the numbers in the cards were based on their opinions and weren’t “actual stats,” the cards still came out incredibly well. 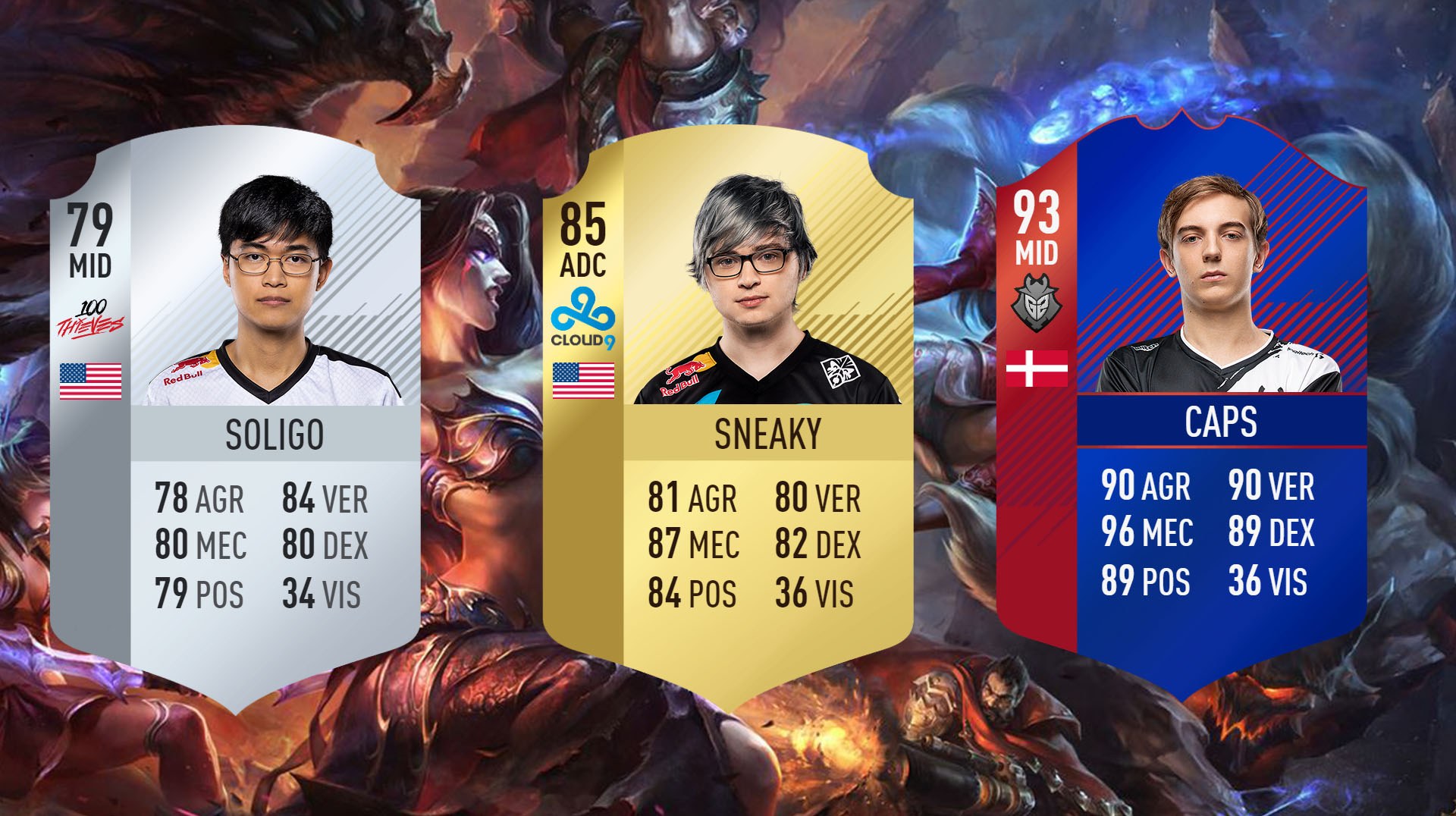 Sneaky, Soligo and Caps show a great example of the different tiers that LoL players can fall into.

Though some trends in the cards hint to natural weaknesses that certain positions on a League of Legends team might have.

Mid laners like Lee ‘Faker’ Sang-hyeok, Rasmus ‘caps’ Winther and Søren ‘Bjergsen’ Bjerg all have great Dexterity and Mechanics, but their Vision Score is severely lacking.

Meanwhile, the only junglers in the batch so far Marcin ‘Jankos’ Jankowski and Dennis ‘Svenskeren’ Johnsen have incredible ratings across the board but one of their lowest categories lies in Dexterity. 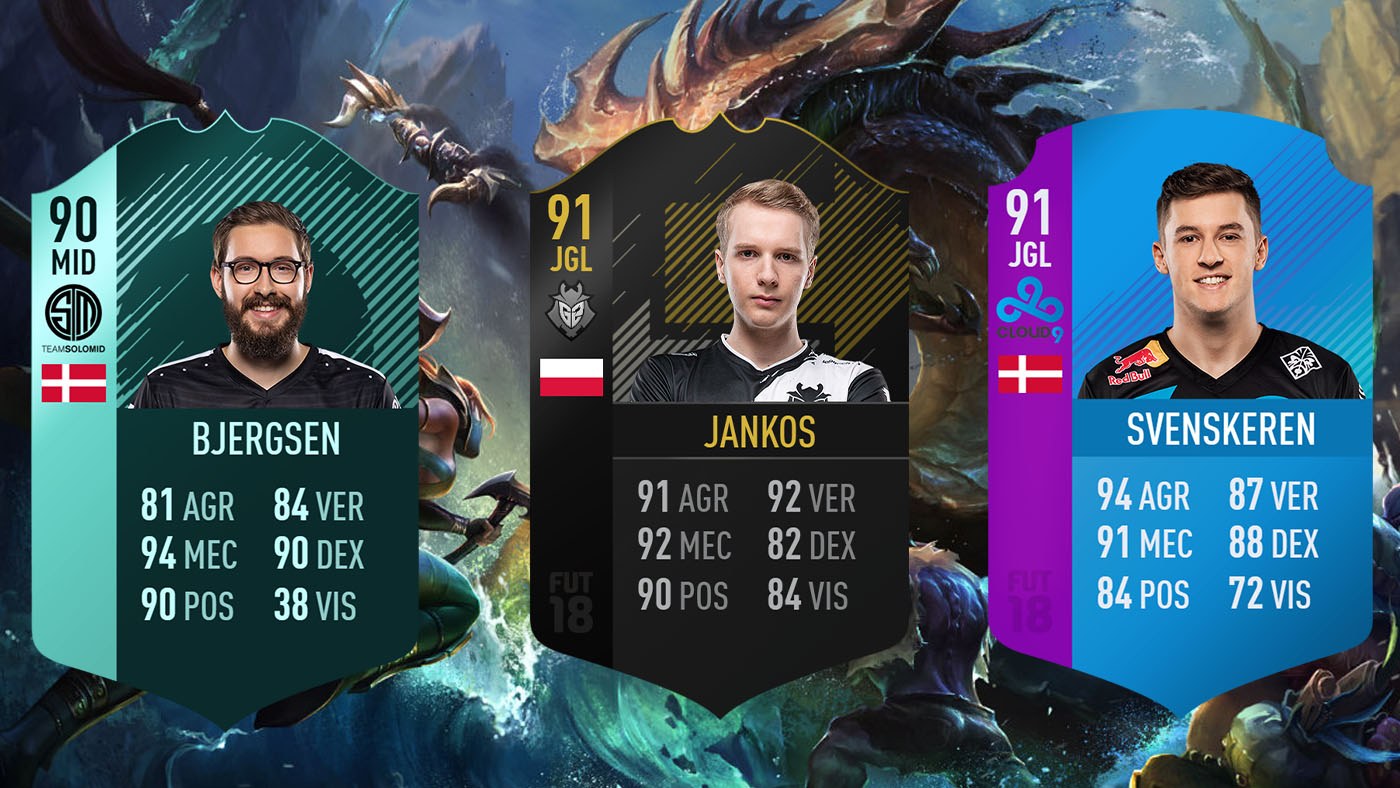 League of Legends fans have been loving the card design with a mixture of the color backgrounds for them to depict certain accolades.

“(Caps’ color is) based on Record Breaker (MSI 2019 G2 vs TL Finals),” Junik39 said in regard to the card colors. “Svenskeren because of Player of the Split. Faker because he is the most legendary player we’ve ever seen. The other ones are just for fun.” 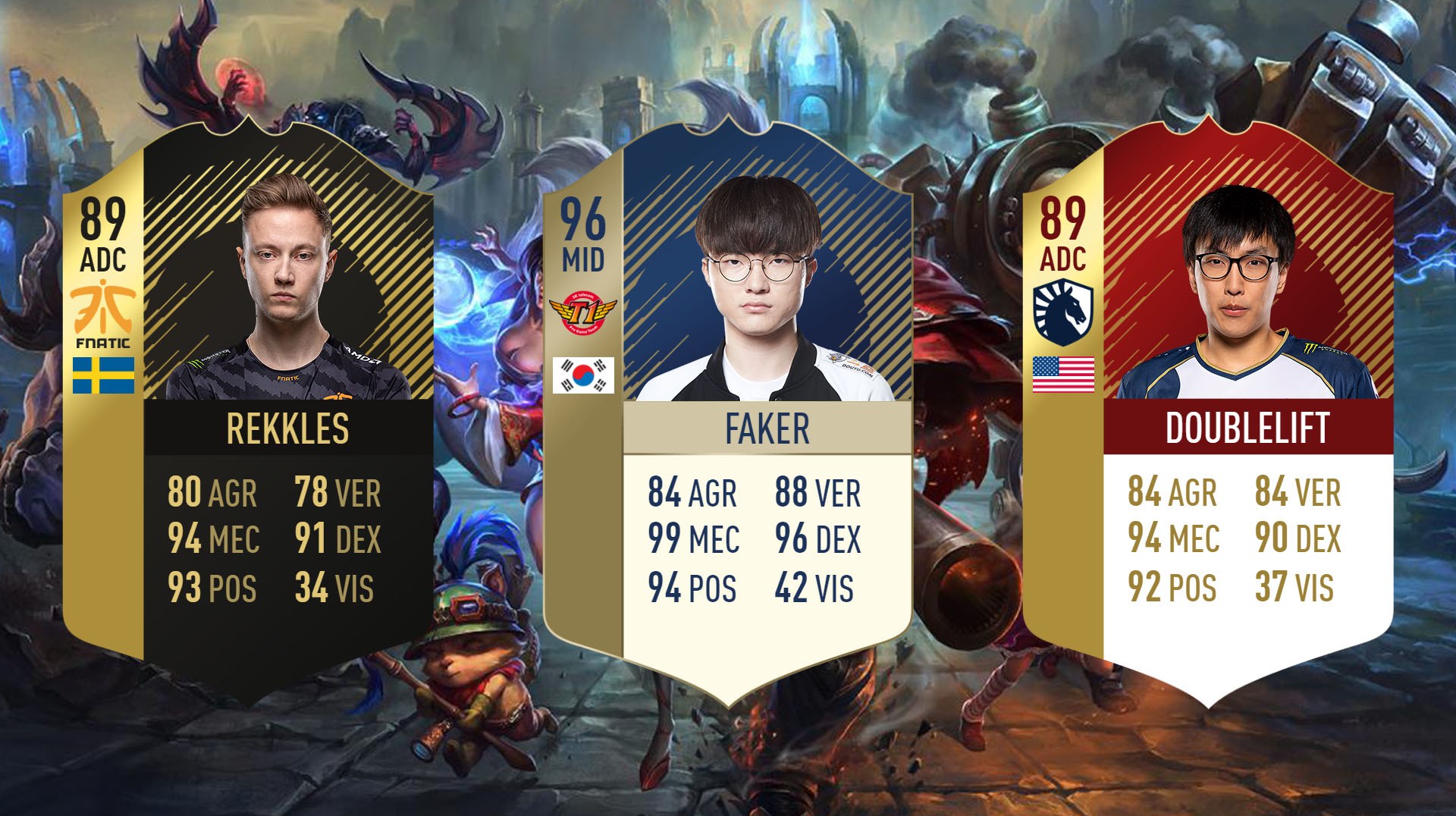 Superstars from some of the biggest League of Legends pro regions are shining bright even on their player cards.

Junik is set on making even more player cards than what they’ve shown so far, and it would be interesting to see where they or the community think typical numbers for top laners and supports should rank.