One League of Legends fan has recreated the K/DA Evelynn skin with jaw-dropping accuracy – even finding time to make up their own lengthy claws.

Riot Games introduced K/DA back in 2018, an all-female K-POP group, which is made up of four popular in-game Legends. While the group was initially a marketing tactic, the game developers have also used them to promote a new line of cosmetics. They have since become a huge hit with League of Legends fans and outsiders, thanks to the POP/STARS song.

Since their initial release, fans have been drawn to their unique look – which has given cosplayers a creative platform to work off for their next costume attempts. 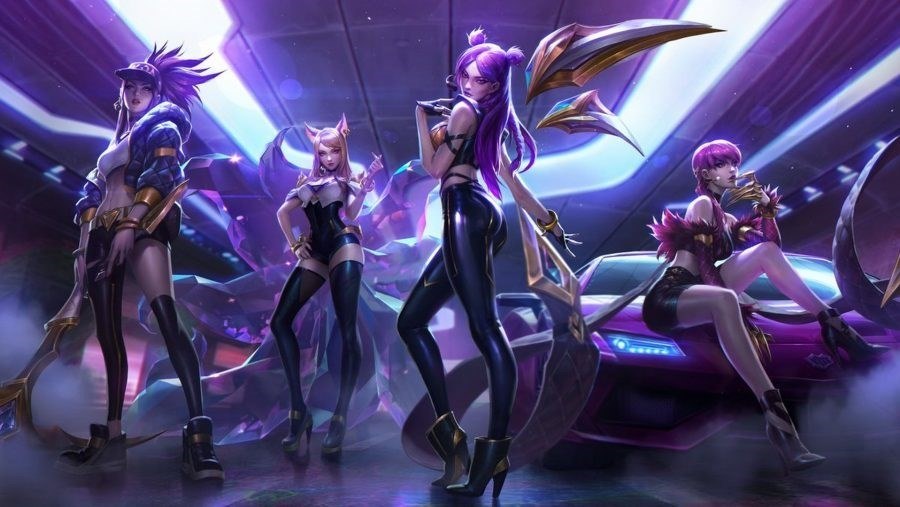 A few fans have tried their hand at pulling off the K/DA Evelynn look, but not many have gone all out like Vienna_LOL has with their attempt.

The cosplayer posted their impressive look on both Twitter and the League of Legends subreddit on May 9, after completing their K/DA Evelynn recreation attempt with everything from the iconic sunglasses to the elongated claws that reside on the back.

Some Redditors noticed the finer details, like the Golden Pyramid buttons in the costume and on the claw, and applauded the cosplayer for their hard work. Others claimed that the photos were actually Cloud9 pro Zach ‘Sneaky’ Scuderi pulling off another of his mind-blowing cosplays. Yet, that was quickly cleared up as a joke.

"You know who it is
Coming 'round again
You want a dose of this
Right now, It's K/DA!"

One other cosplay look from ThelemaTherion on May 6, showed just how truly impressive the whole character can be in the real world after calling in some help, and using equally impressive CGI effects to recreate the K/DA Evelynn outfit.

The cosplayer even took a photoshoot of their own Evelynn attempt, pulling in a toy car to replicate one of Riot’s own character screenshots.

While it’s pretty difficult to split the two attempts because they’re both so good, they’ve got to be applauded for the efforts – especially with the time and effort it takes to make the accurate props too.