Electronic Arts have announced that they are setting up the Jacksonville Tribute Fund, and will be hosting a stream in support of the victims of the fatal shooting at a Madden 19 event in Jacksonville, Florida.

Releasing a statement via Twitter, EA confirmed that they had opened the Jacksonville Tribute Fund, and donated $1 million to it, with plans to allow others to donate in the future.

“First, we’re making a $1 million contribution to support the victims of last Sunday’s events. We’re also working to set up a fund where others can contribute alongside our donation, and we will come back very soon with further details. Contributions will go to the victims, including the families of Taylor Robertson, Elijah Clayton and all those who were affected. 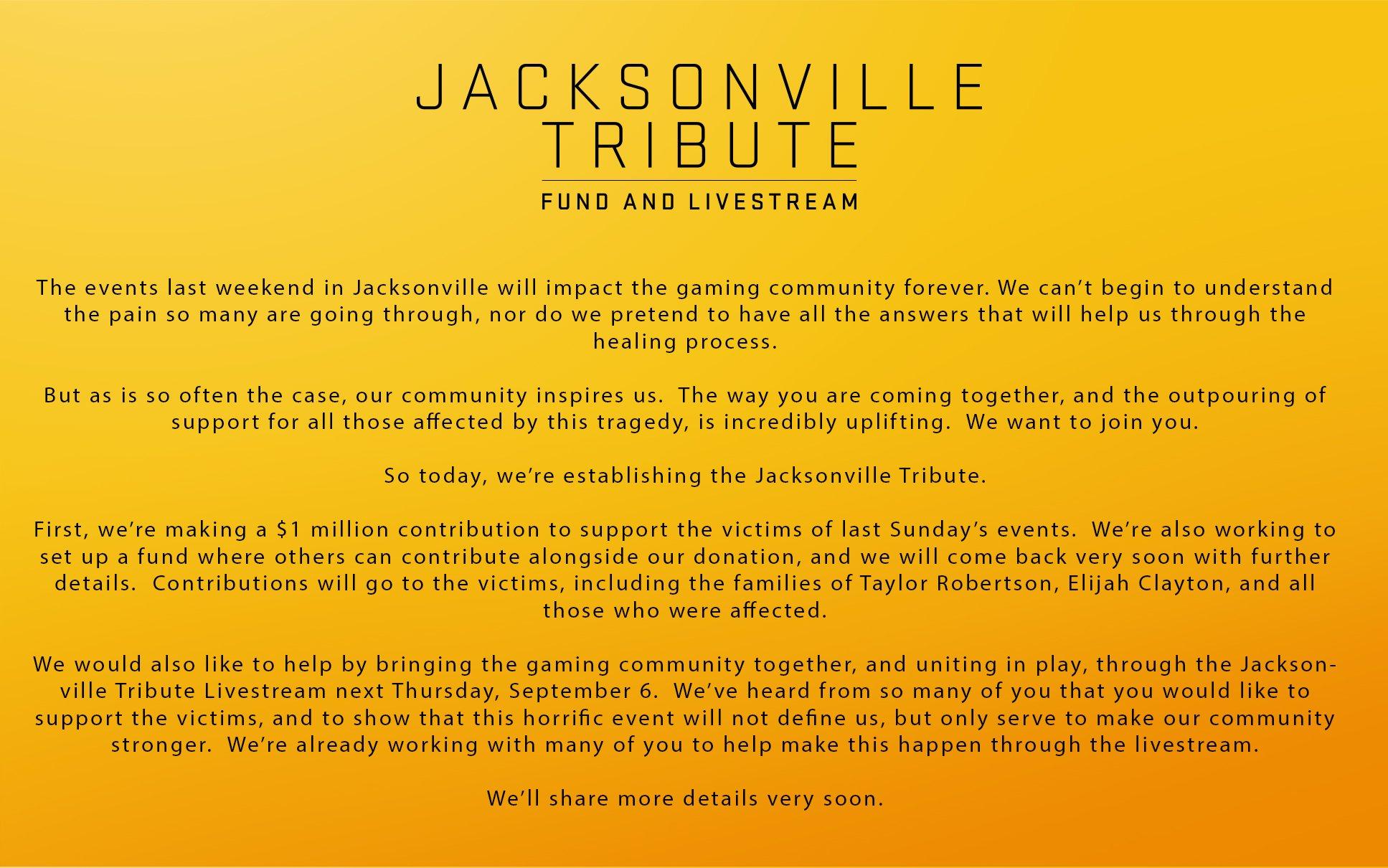 EA also shared plans for a special Jacksonville Tribute livestream scheduled for Thursday, September 6. While details of what the livestream will feature are yet to be released, EA hope the stream will bring the gaming community together, and help people through the healing process.

“We would also like to help by bringing the gaming community together, and uniting in play, through the Jacksonville Tribute Livestream next Thursday, September 6. We’ve heard from so many of you that you would like to support the victims, and to show that this horrific event will not define us, but only serve to make our community stronger. We’re already working with many of you to help make this happen through the livestream.”

Since the tragic incident took place on Sunday, August 26, gaming society as a whole has rallied around the Madden community, as people mourn the deaths of Taylor Robertson and Elijah Clayton. EA have cancelled the remaining three Madden Classic Qualifiers, as they look to assess security at future events.