Following the tragic shooting at the Jacksonville Landing during a Madden 19 tournament, esports team OpTic Gaming has stepped up to organize an initiative with the victims and their families in mind.

They echoed their sentiments following news of the shooting – but they wanted to do more.

“We are heartbroken for the victims of the Jacksonville incident today, and wish to express our condolences to their families, friends, and loved ones. This tragedy is felt by all of us in the gaming community, together we will stand strong in support of each other.” 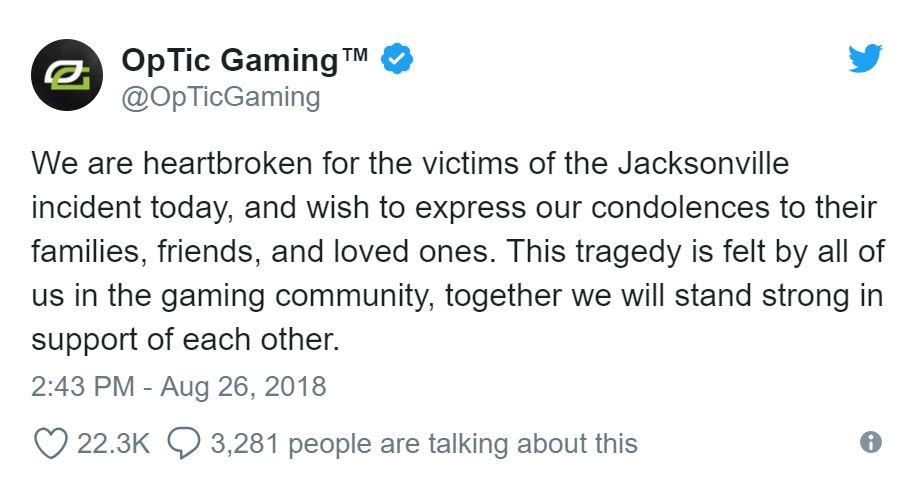 With this in mind, OpTic decided to do something special for the families and friends who suffered a loss in the tragedy.

On August 27th, the day following the incident, OpTic announced they would be organizing a charity tournament in an effort to support the victims’ families.

The charity is scheduled for Friday, August 31st, from 2 PM to 8 PM CT. All proceeds raised by the competition will go towards the victims’ families.

“To support the families of those affected in yesterday’s tragedy in Jacksonville, we will be doing a Madden charity live stream this Friday from 2PM-8PM CT
All donations made during the live stream will go to aid families of the victims.
More info coming soon.” 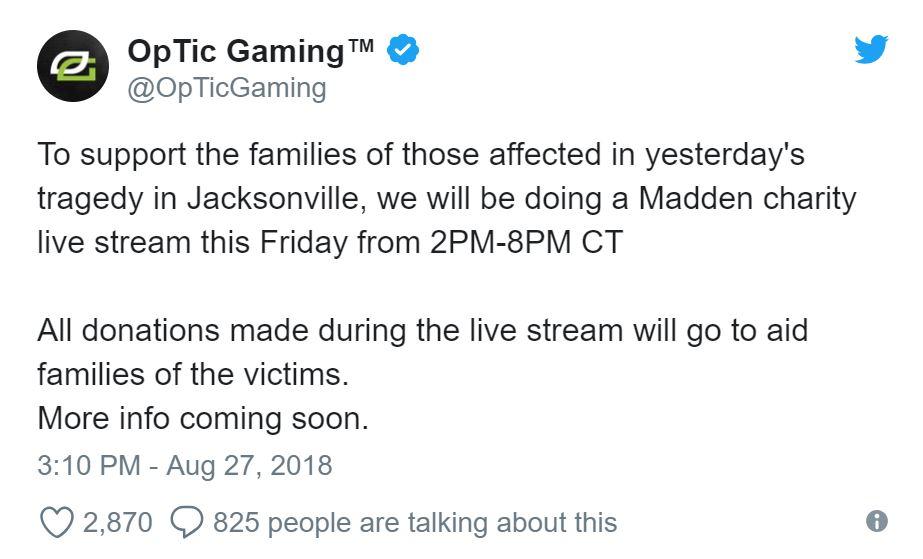 With teams in PUBG, Dota2, Fortnite, and more, OpTic Gaming felt the shooting was a tragedy that touched all competitive gaming communities. While their Tweet announced the initiative, more details are still forthcoming concerning the tournament.