No-hit challenges have become increasingly popular over the years and a recent God of War spectacle left this Twitch streamer in stunned silence having finally reached their goal following countless failed attempts.

Almost two years after the release of Santa Monica Studio’s God of War reboot on the PlayStation 4, hardcore gamers are still finding new challenges to tackle in the latest, epic adventure of Kratos.

Completing the game on the most crushing difficulty was the just beginning for a number of extremely dedicated players as no-hit challenges have ramped things up to an entirely new level. After reaching an absurd goal and taking down the most feared boss in the game, this God of War player was left speechless at what he had just accomplished.

After countless attempts, former League of Legends professional turned full-time content creator, Andréas ‘Sardoche’ Honnet, was left stunned on January 2 having ticked off his final task in front of thousands watching around the world.

Taking on the final Valkyrie fight, the Twitch streamer added a unique twist. Not only would New Game+ be in effect with enemies scaling in level, but Sardoche was aiming to take down the most powerful foe in the game without taking a single hit throughout the fight.

A preposterously difficult task, the streamer was in battle for a whopping 15 minutes. Evading lethal blows and sudden area-of-effect attacks from the boss all while timing his combinations with impeccable timing and precision, he was left stunned when the Valkyrie finally collapsed on the ground.

Raising his fists before standing up and celebrating on-camera, it’s no surprise just how much this remarkable moment meant. Collapsing back into his chair, Sardoche was at a loss for words as the chat exploded in an endless wave of congratulatory messages from his viewers.

Valkyrie’s serve as the most challenging boss fights in God of War. With nine scattered across the map, each is intended to provide a unique encounter that will test various abilities and put Kratos to the test.

Requiring the absolute best gear in the game with an astute knowledge of when to utilize each powerful ability, these fights are no walk in the park. The true pinnacle of combative competition in the game unlocks upon defeating the eight Valkyrie. In doing so, Sigrún appears on the map and stands tall as the most formidable of all boss of all.

With a number of devastating attacks that can stun the Greek God, the final Valkyrie rarely lets Kratos breathe. Taking advantage of every single opening throughout the no-hit run however, Sardoche toppled the boss in stunning fashion and avoided each strike with tremendous timing. 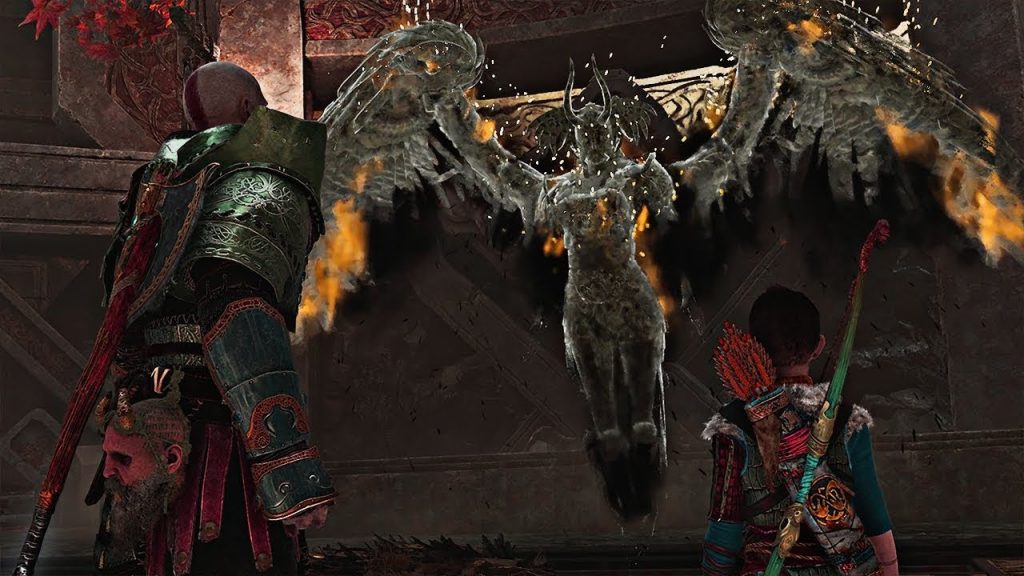 Valkyrie’s are optional fights that hold no bearing over the narrative in God of War, serving as a true challenge for those seeking to test their mettle.

While Creative Director Cory Barlog and the developers at Santa Monica Studio have been tight-lipped regarding the inevitable follow up to the critically acclaimed and record-breaking hit, it’s evident 2018’s God of War is still capturing the attention of dedicated players.

From the molten depths of Muspelheim to the noxious gasses that await on Niflheim, not even the most elaborate challenges could stop this streamer from upping the ante and reaching new heights.