A new wave of Diablo 4 info has leaked on the eve of BlizzCon 2019 and it would seem like the game is drawing heavily from Diablo 2’s grim visual style.

The leak, posted by Reddit user PracticalBrush12 details how the tone of the world will be “dirty and gross”. Locations will be laid with corpses and rotting flesh. Adding to the aesthetic, blood will no longer look like “splashed jam”.

According to the leaker, the game is a “wink” to fans of Diablo 2 with its “nitty-gritty dark style” that the franchise’s original sequel was praised heavily for. Some skills from Diablo 2, such as Sorceress’ charged bolt, have also made it to the game’s fourth installment. 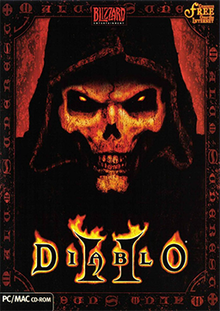 For example, PracticalBrush12 says players will be able to climb walls “Lost Ark style.” Lost Ark is an MMORPG developed and published by Smilegate in 2018. However, the leaker states they’re unsure how exactly this new element will play out.

The leaker added that they could confirm three classes in the game: mage, barbarian, and druid. The mage would use fire, lightning, and ice, the barbarian would focus on melee combat with swords, clubs, and axes, while the druid would handle wind and transform into beasts.  So far, the druid can turn into a bear or a werewolf.

They seemed sure that 4-player co-op would be coming to the game with the possibility of PvP from the start, although they were unclear on this detail.

Sadly, there was no indication that the user knew when the game would release.

Diablo 4 classes include mage, barbarian and druid according to the leaker.
[ad name=”article4″]

Ahmad claimed that the leaks lined up with everything he had heard about the title and how it borrows heavily from Diablo 2’s style and combines it with Diablo 3’s combat.

Further signs of a new darker themed Diablo game have appeared, with Blizzard putting up signs around Blizzcon warning fans that some content “may not be suitable for younger viewers.”

While this doesn’t confirm much, it definitely lines up with the leaks that state Diablo 4 will return to it’s origins.

This lines up with everything I've heard about Diablo IV.

The game is shaping up well and is definitely what fans would want out of the game. Takes what people loved about D2 style, improves on D3 combat. https://t.co/5aXaQk528M

Interesting signs that just went up outside. #BlizzCon pic.twitter.com/9BZuX183JD

Diablo 4 had previously been leaked in a Blizzard advert for a book titled “The Art of Diablo.” The ad started the book contained “over 500 artworks from Diablo, Diablo II, Diablo III, and Diablo IV.”

It will be interesting to see how much of the possible leak is accurate as a new Diablo could very well be unveiled during the BlizzCon opening ceremony on November 1.