How and when to watch the Half-life: Alyx gameplay premiere stream - Dexerto
Gaming

How and when to watch the Half-life: Alyx gameplay premiere stream

Valve will premier the long-awaited ‘sequel’ to Half-Life 2, Alyx, on Thursday and November 21. Here’s when and how you can watch the debut of the upcoming game that Valve is calling their “flagship VR game.”

With a single tweet, just the only tweet on their whole account in fact, Valve set the gaming world ablaze with anticipation and excitement by finally announcing a new Half-Life game.

We’re excited to unveil Half-Life: Alyx, our flagship VR game, this Thursday at 10am Pacific Time.

Can’t wait to share it with all of you! pic.twitter.com/BupFCxSrTw

When is the Half-Life: Alyx premiere?

You can watch the premiere of Alyx on November 21st.

How can I watch it?

This is the real mystery at hand, as the only information available right now is the tweet itself from Valve, which doesn’t mention where it will be shown. As of writing this article, the Valve twitter account has less than 80k followers, so if they want to get more eyes on this huge announcement, they’d likely host the premiere on another platform.

Valve does have a YouTube channel, but its most recent upload was a demo of Dota 2 playing on Mac OS. And their currently featured video is the trailer to their most infamous dud, Artifact, so it might be best for them to wipe that off their front page as to not remind people of one of Valve’s only prominent failures.

Their only Half-Life video on the whole channel is an announcement of the sequel coming to Mac OS X from nine years ago, which parodies the famous 1984 Apple Ad.

Valve doesn’t have a Twitch account, but that doesn’t rule out the notion of them live streaming the preview. They have been trying to push Steam TV as an alternative streaming platform for some time, and a live preview of a new Half-Life game would certainly draw some eyes to that product.

This all hinges on what kind of premiere we’re getting as well. This could be anything from a short trailer or teaser, to a short or long gameplay video, to a full behind-the-scenes premiere. What kind of premiere Valve has planned could certainly affect the platform it’s showcased on.

Yes and no. It is the third Half-Life game but it is not technically number 3. 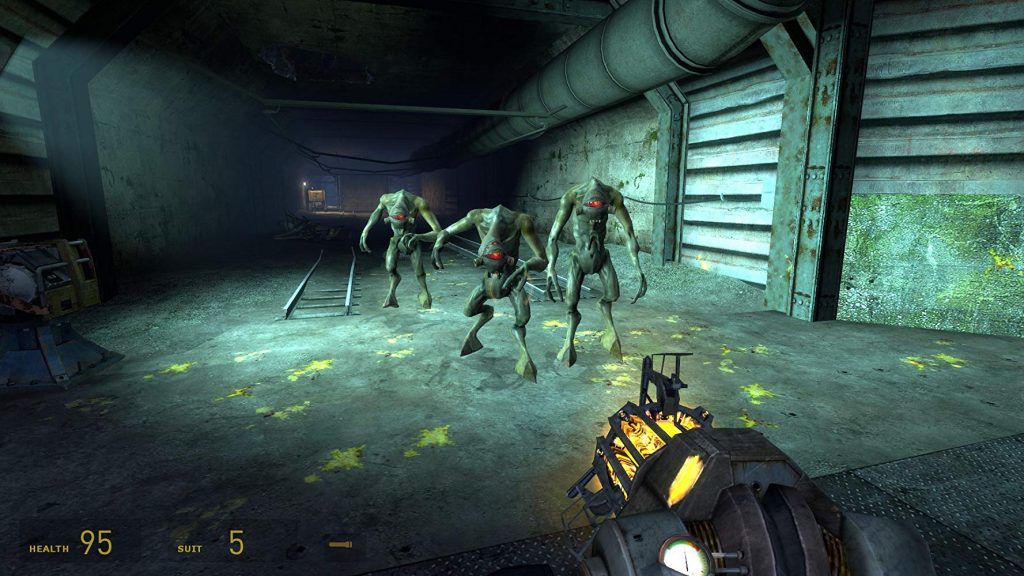 Screenshot from Episode 2, which released over 12 years ago.

The last new Half-Life game came out in October 2007, when Valve released Episode 2 of Half-Life 2. Episode 2 was included in The Orange Box, a bundle that included other popular Valve games Portal and Team Fortress 2.

Half-Life: Alyx will be the first official new Half-Life content from Valve in over 12 years. Many fans of the series, including Valve News Network reporter Tyler McVicker, are thrilled to finally get a new game after all these years.