Fortnite Chapter 2, Season 1 is well into the seventh week and there’s another letter that Battle Pass owners can find as part of the Trick Shot challenges.

Traditionally, Fortnite players had to scour the map each week for the hidden battle stars or banners, but Epic Games decided to shake things up with Chapter 2. Now, the letters that spell out Fortnite are hidden across the map and teased in weekly loading screens.

For Battle Pass owners who are dedicated to spelling out the name of the battle royale title and ticking off missions, the F, O, R, T, N, and I have previously been made available in-game and quite easy to find, but you’ve got to have the requisite loading screen to trigger their arrival. 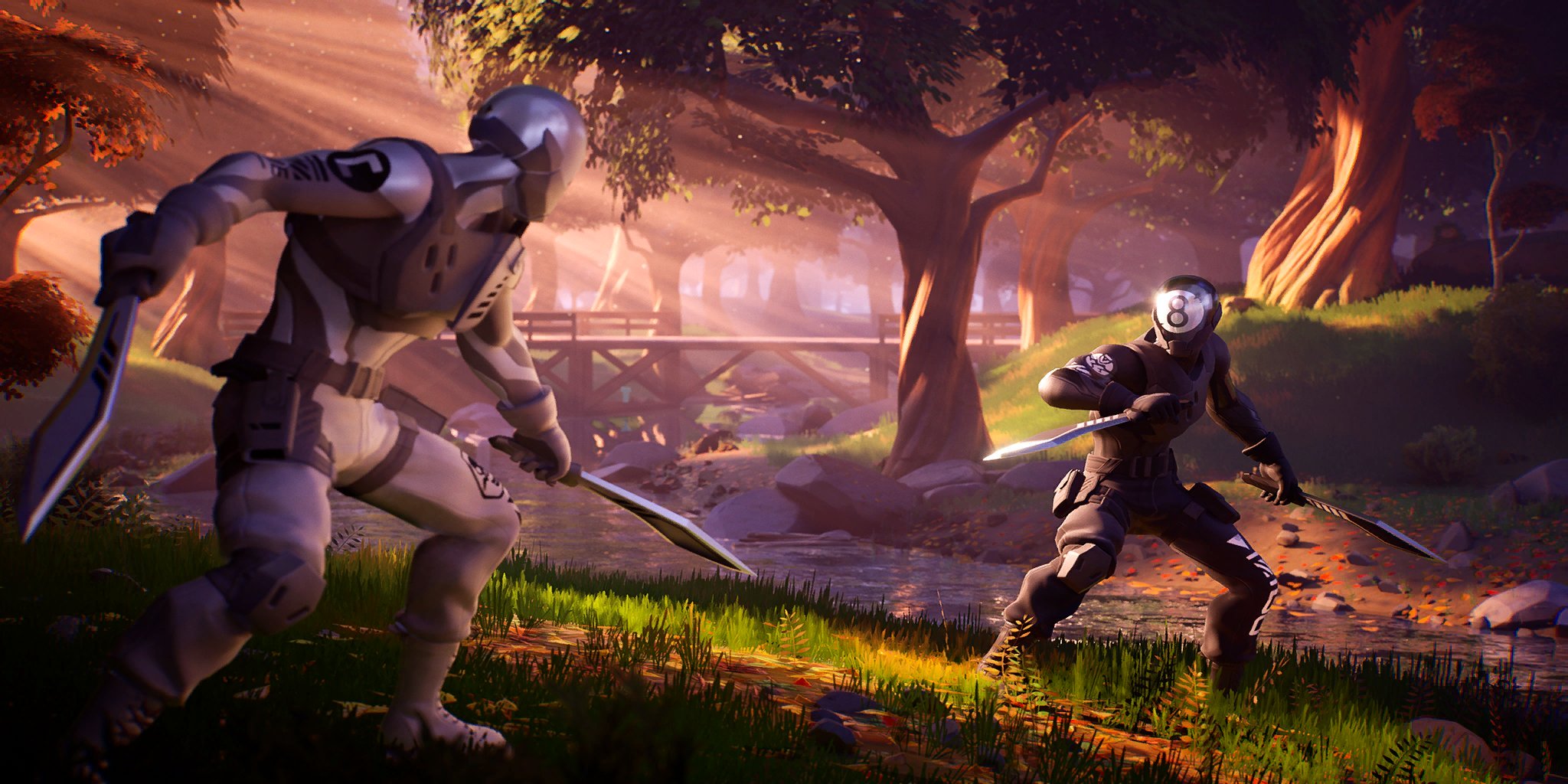 The weekly loading screen always hints at the next Fortnite letter to find.

Now, with the start of the Trick Shot challenges, the second letter T is popping up in games with the new loading screen.

Unlike some of the battle stars and banners, these letters have been quite simple to spot on the loading screens, and this week’s T is no different.

Just look behind the fight, between the 8-Ball and Scratch skins, and you’ll be able to see the T floating under the bridge. Not in the water, though, it is sat above one of the supporting beams.

If you’re still not seeing it, don’t fret, we’ve circled it below. 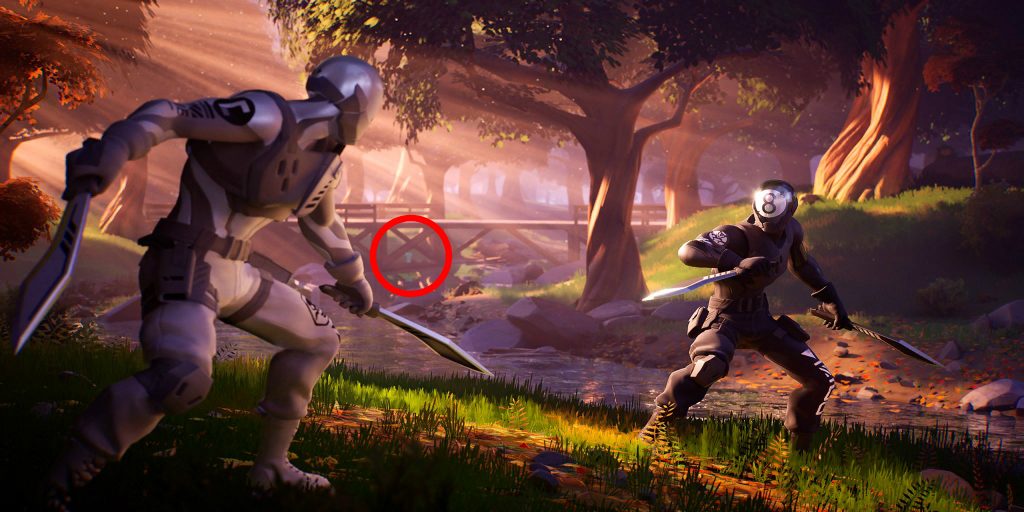 The T sits in the background of the fight between the Fortnite skins.

Now, it’s pretty obvious that the location you want for this challenge is Weeping Woods. However, there are a few bridges at the point of interest that you might waste some time searching under more than one.

In order to save you a job, though, we’ve pinpointed the exact location on the map below. Simply copy the marker onto your own map in the next match you play, and you’ll be on your way to completing the quest.

Once you’re at the mark, though, you will have to interact with the letter and because it does take a few seconds, you might want to watch your back while doing so. 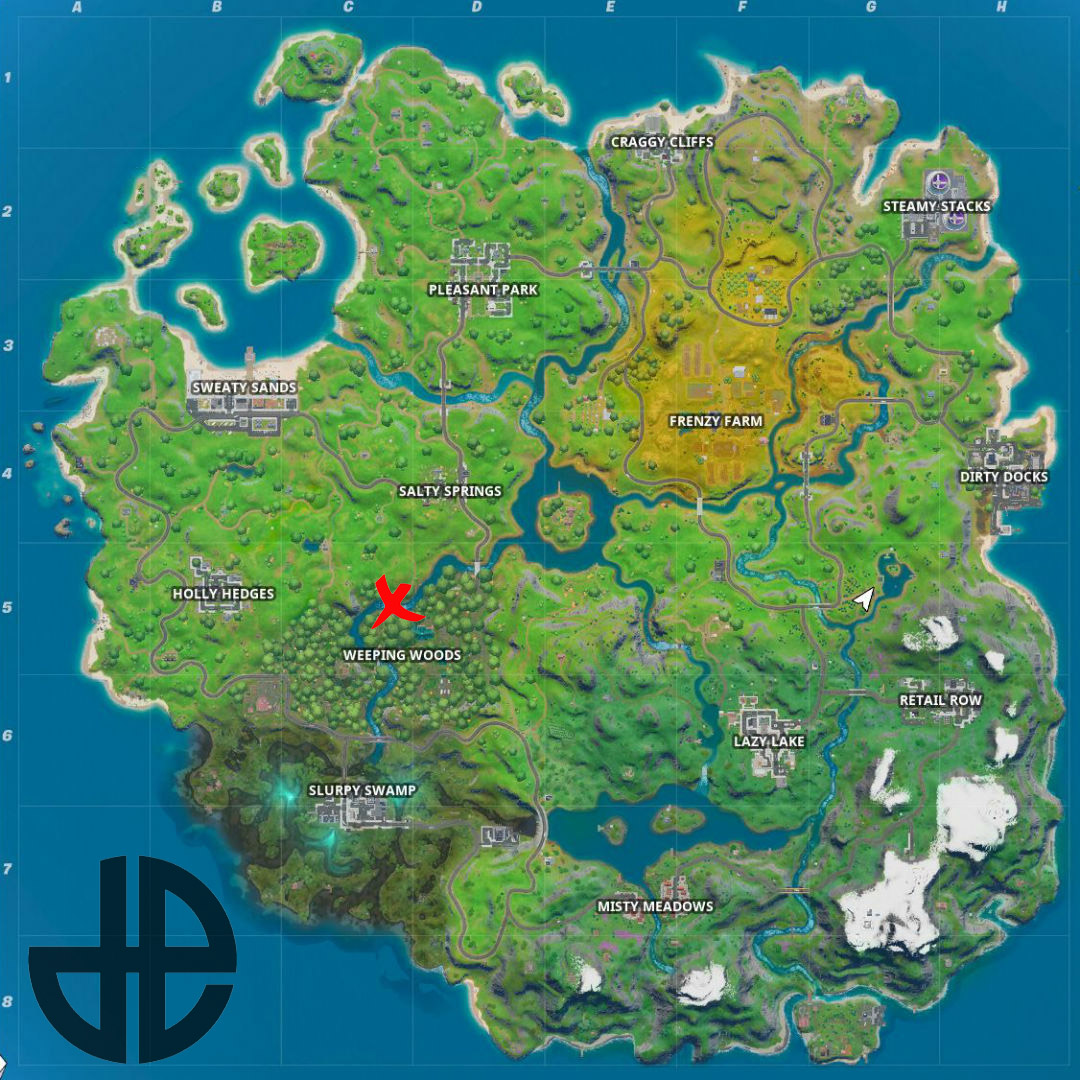 The centre of the X is where you’ll find the letter T for the Fortnite spelling.

Again, these letters are only for Battle Pass owners, so it’ll only appear for those players, and you will be wasting your time otherwise.

Completing the spelling of Fortnite will be worth the time you put into it, though, as the newest secret skin has already been revealed by leakers – and it is quite fetching. Good luck for Week 7!