How to find the hidden ‘T’ for Fortnite Week 4 Missions

The fourth week of Fortnite Chapter 2, Season 1 is almost here, and that means players have a brand new letter to search for, with a ‘T’ hidden somewhere on the map as part of the Week 4 Missions.

For much of the popular battle royale’s first chapter, players would search for hidden Battle Stars in the loading screens of the game, but with so many major updates in Chapter 2, those stars have been replaced with letters, which will eventually spell out “Fortnite” once all eight have been discovered.

Players can already find F, O, and R on the map, but with Week 4 about to kick-off, it’s time to find the T which marks the halfway point of your letter collection adventure.

As always, only players who own the Season 1 Battle Pass will be able to find these letters, as you first must complete eight of the week’s Missions, which will go live on Thursday, October 31.

This week’s loading screen takes players to Dirty Docks, with a number of different Fortnite characters taking a look at some new cargo, with crates full of weapons and fish available at what appears to be some deal between a number of skins.

Hidden in the top right-hand corner of the loading screen is the letter you’re looking for, appearing in a dark hue that helps it blend into the night sky – making it pretty difficult to spot. 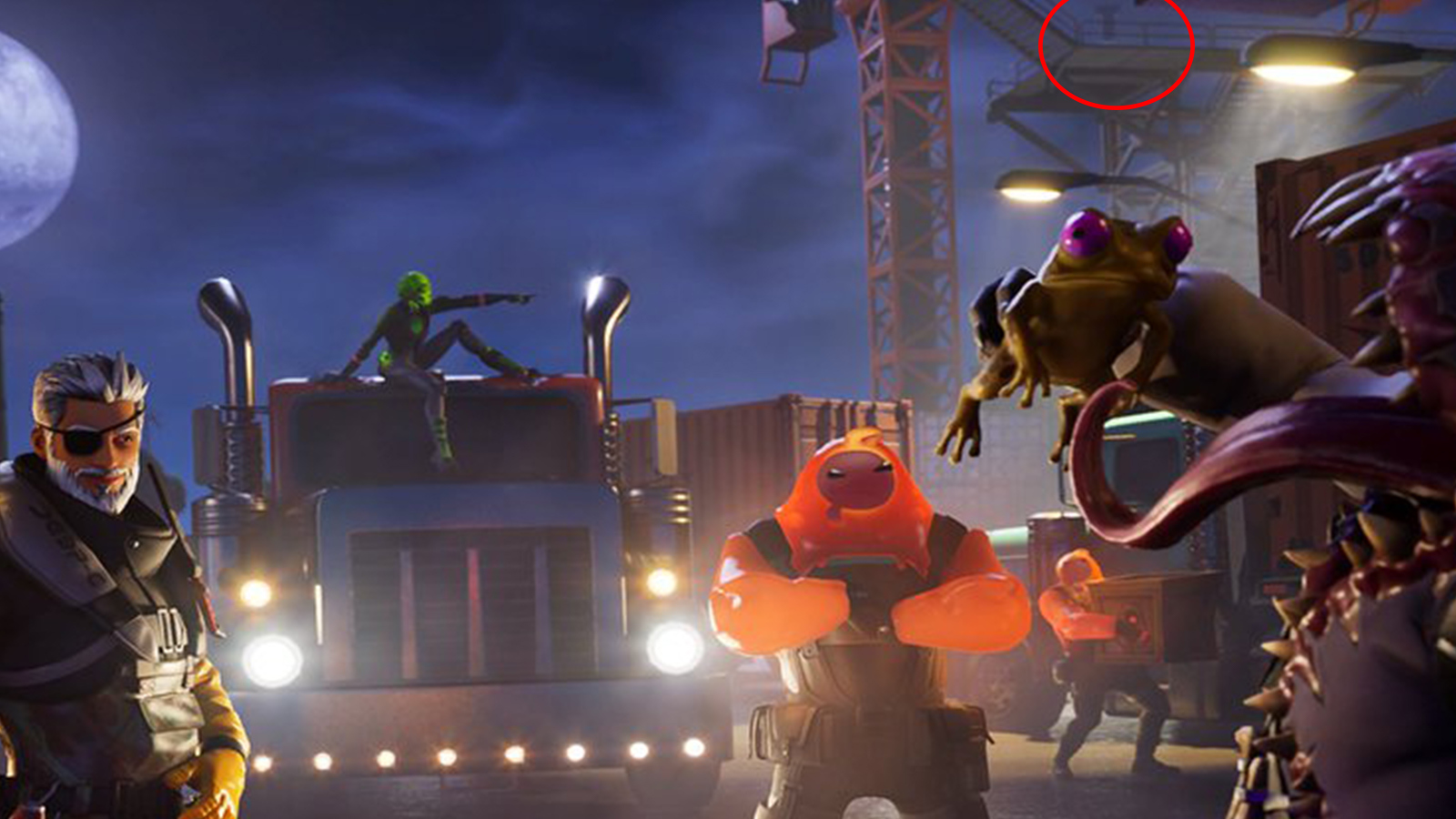 The T can be spotted in the top right corner at Dirty Docks.

Collecting these letters will help you rank up your Battle Pass with some free stars as a reward, but more importantly, grabbing all eight will help you complete the Alter Ego Missions which runs throughout the season.

Remember though, you must complete eight of the Week 4 Missions before you go looking for it, so don’t head there until you have or else you’ll be wasting your time.