When the mysterious, large Cube appeared at the Paradise Palms location in Fortnite on August 24, no one had any idea that it would not be staying there for long.

Since its unexpected appearance, the Cube has been on the move by periodically flipping in what appears to be a predetermined direction.

Fortnite news, leaks, and updates source ‘@siloxleaks‘ has been keeping a close eye on the Cube’s movements.

He has created a map on which he keeps track of the its location at various time stamps over the past few days. 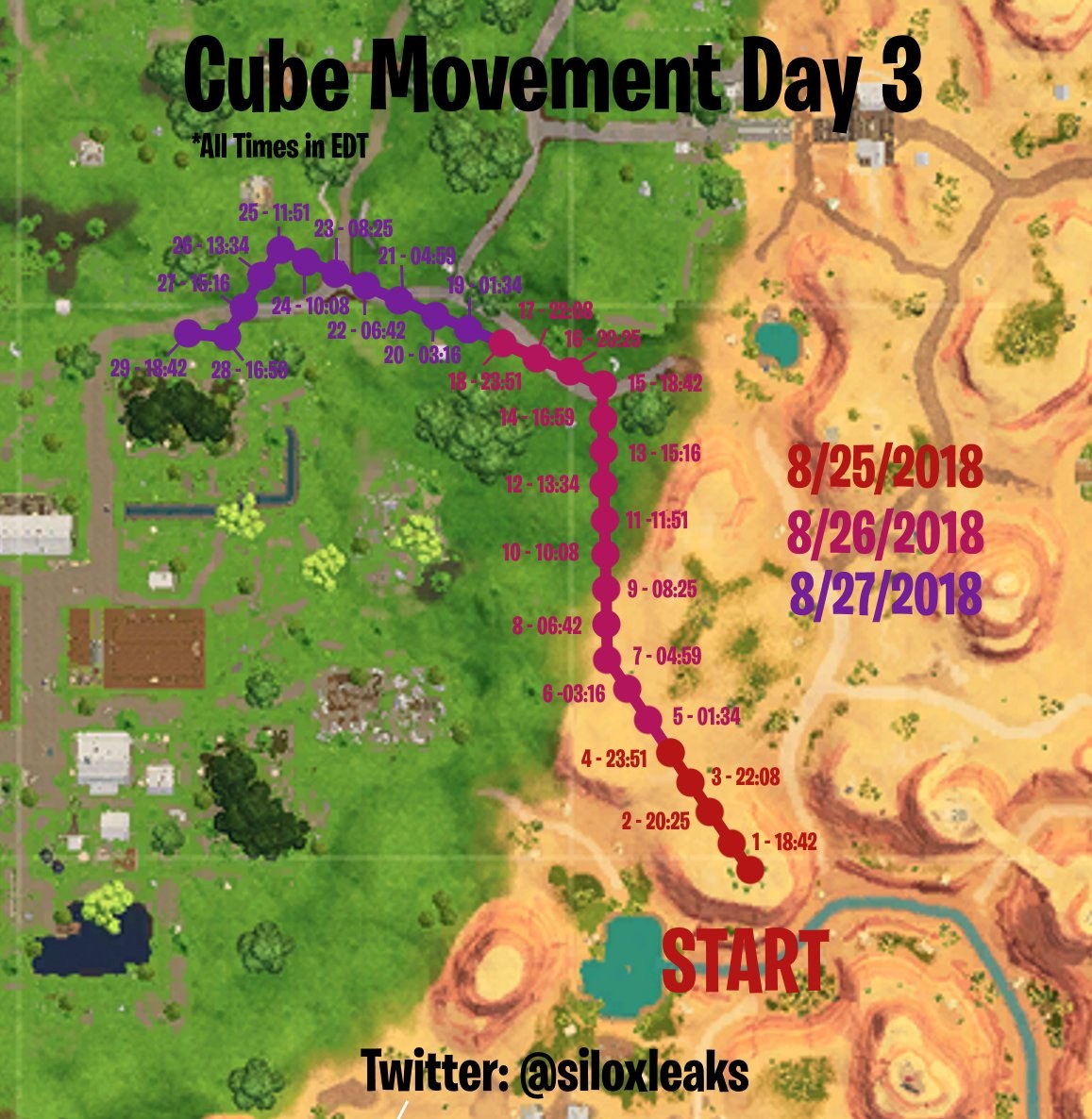 According to the map, the Cube, which began moving on August 25, did not make it out of Paradise Palms until well into the 26th.

It managed to make it all the way to Fatal Fields in Day 3 of its travels, with its last recorded location being in the northeast area of the point-of-interest at 6:42 PM ET on August 27.

However, according to various leaks, Fatal Fields will not be its final destination as the Cube will apparently continue traveling until it reaches a specific spot on the map, after which it will activate and reveal what its holding inside.

Many are speculating that the Cube and its contents are directly related to Season 6, which would mean that Epic Games have already started their usual elaborate transition between Seasons, despite the fact that the end of Season 5 has reportedly been delayed for a couple of weeks and will take place sometime in October.