One of the best mobile players of Fortnite Battle Royale has responded to his doubters the only way he knows how – by proving his skill.

As arguably the best known mobile Fortnite content creator, AdamxLegend’s exploits often get questioned and doubted by other players, including the likes of prominent Twitch streamer Ninja, who has publicly said that he “wouldn’t trust any mobile player or score.”

However, in response to the apparent criticism, the YouTuber published a video featuring gameplay of him completing a pro level editing course on an iPad.

In order to prove that his skill was legitimate and not the byproduct of using a gamepad, he also included a live recording of his hands tapping away on his iPad in sync with the gameplay.

The course he completes in the video was created by Team Secret pro player Mongraal and features a series of pathways blocked by structures that need to be edited in a way that allow the player to advance, all while never stopping their sprint.

Putting aside the fact that this video was made as a response to his doubters, it’s stunning to actually see someone possess that much skill in Fortnite while playing on a mobile device.

Seeing the handcam and gameplay side-by-side does inspire respect for Adam and the amount of time, dedication, and effort he’s devoted to perfecting his craft. \

The video was also posted on Reddit and many viewers commented on the post about how they could not play that well with a controller or mouse and keyboard, let alone an iPad.

In order to make it clear that the video was not meant to hate on Ninja or anyone in any way, the YouTuber also included this message, which reveals that he just wanted to convince his doubters that he was not using an external device. 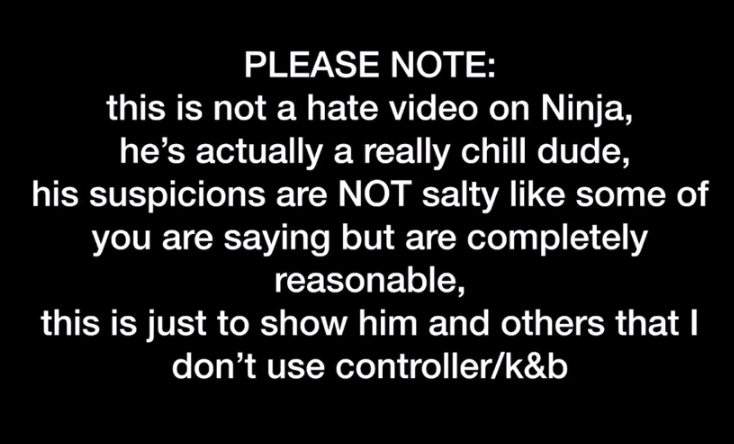