As with every major Fortnite update, new secrets are often uncovered by data miners who dig through the game files for any new additions.

After v6.30, assets were discovered for an item named ‘T-T-Icon-BR-TNT-Bundle-L’, a new explosive weapon that will presumably function similarly to the recently vaulted C4.

There is currently no shortage of other explosive weapons in Fortnite though, so the news of this TNT possibly being added will not please all players.

Although there are no details yet, the TNT will likely be throwable or placeable, and would deal serious damage to structures.

With the C4 vaulted so recently though, it begs the question why the developers would vault an item only to add something so similar, so perhaps this TNT Bundle will function completely differently. 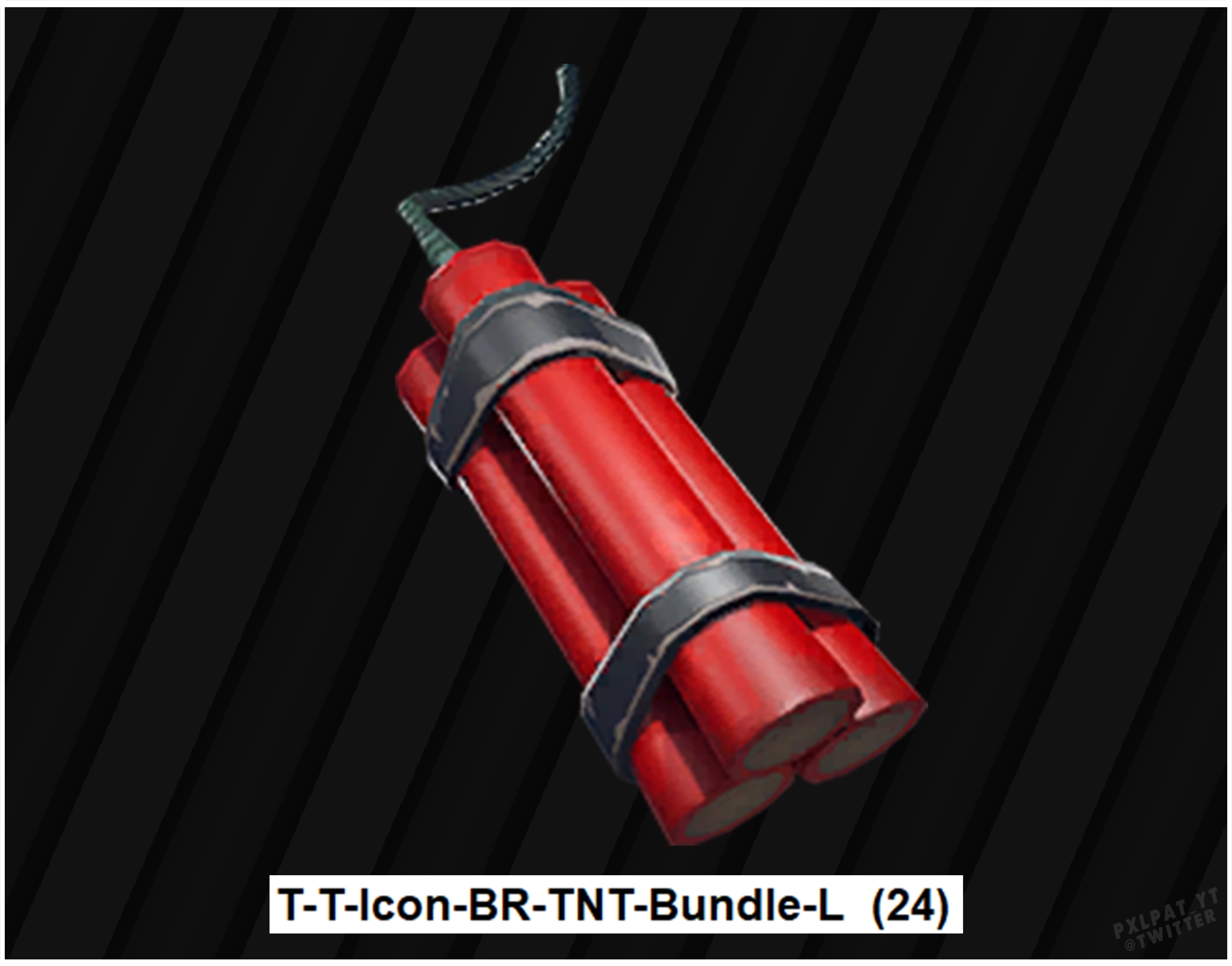 Leaked assets for the TNT Bundle in Fortnite.
[ad name=”article3″]

Of course this is just a leak from the game files, so there is nothing official yet. It’s possible that this TNT Bundle is still very much a work in progress, and may never see the light of day in game.

If it does operate like the remote explosives, their would be significant backlash from the community, much of which was vocally against such items in the past.

Epic Games never fails to surprise however, for better or for worse, so whatever the intention of this TNT Bundle is, it would be an intriguing addition.