A clever Fortnite fan has found an easy way to complete Fortnite’s Season 6 Week 9 challenge, which requires players to get 30 seconds of airtime in a vehicle.

The challenge asks players to fly one of the games vehicles into the air and keep it off the ground for 30 seconds, with the reward for completing it coming in the form of 5 Battle Pass stars.

The challenge can be completed over a number of jumps in a game, meaning players don’t need to do all 30 seconds in one go.

However, for Fortnite fans who want to complete the challenge easily and in one sitting, there is a handy way to earn your Battle Pass stars without learning how to do crazy tricks with the Quadcrasher. 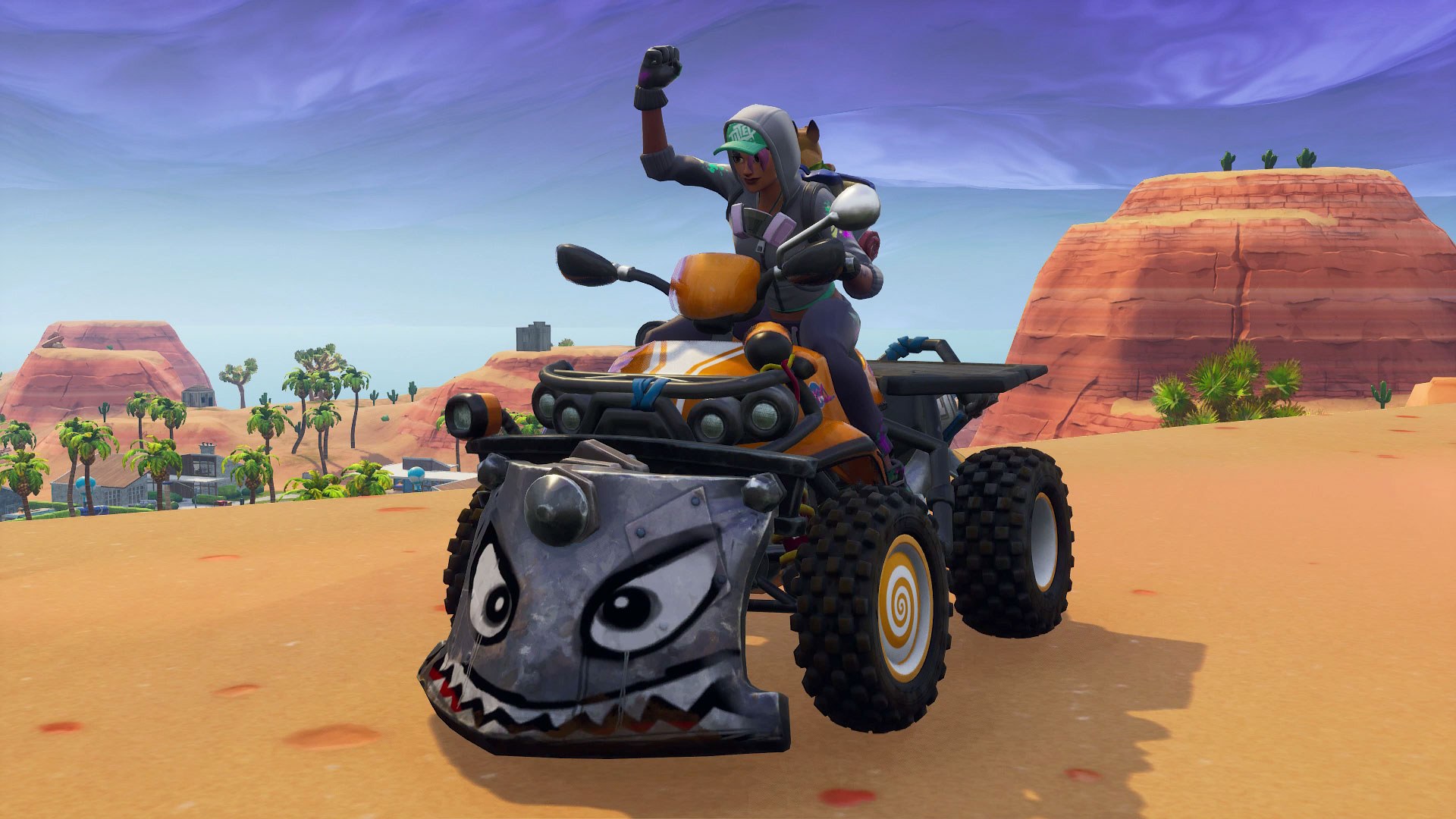 Using the Quadcrasher is the easiest way to complete this challenge.
[ad name=”article2″]

If a player can find some balloons on the map, and then find a Quadcrasher, they can use a combination of the items to complete the challenge with ease.

Once you’ve hit the thirty seconds mark, a pop-up will appear on the left hand side of the screen confirming the challenge is complete, allowing you to float back down to earth and be on your way.

How To Do The Air Time Challenge Easily from r/FortNiteBR

This challenge is included in the three weekly challenges that Fortnite release for free, while the other four challenges are only available for players who purchased the Season 6 Battle Pass.

One of the other free challenges for Week 6 requires players to play on the Carnival Clown Boards, a fairground game located at various areas around the map. If you’re having difficulty finding them, you can click here to find our handy map that has every location marked.