Fortnite Season 6, Week 9 challenges and how to complete them - Dexerto
Fortnite

Fortnite Season 6, Week 9 challenges and how to complete them

Believe it or not, Season 6 in Fortnite Battle Royale is already entering its ninth week, meaning that the Week 9 are upon us and the time remaining to earn to reach Tier 100 and earn the Dire outfit is running out!

Week 9 will once again provide players with three free challenges and four that are exclusive to owners of the Season 6 Battle Pass.

The official Week 9 challenges went live on November 22 and are in-line with what we expected following the November 21 leaks.

You can see the official list of challenges for Week 9 in the image below: 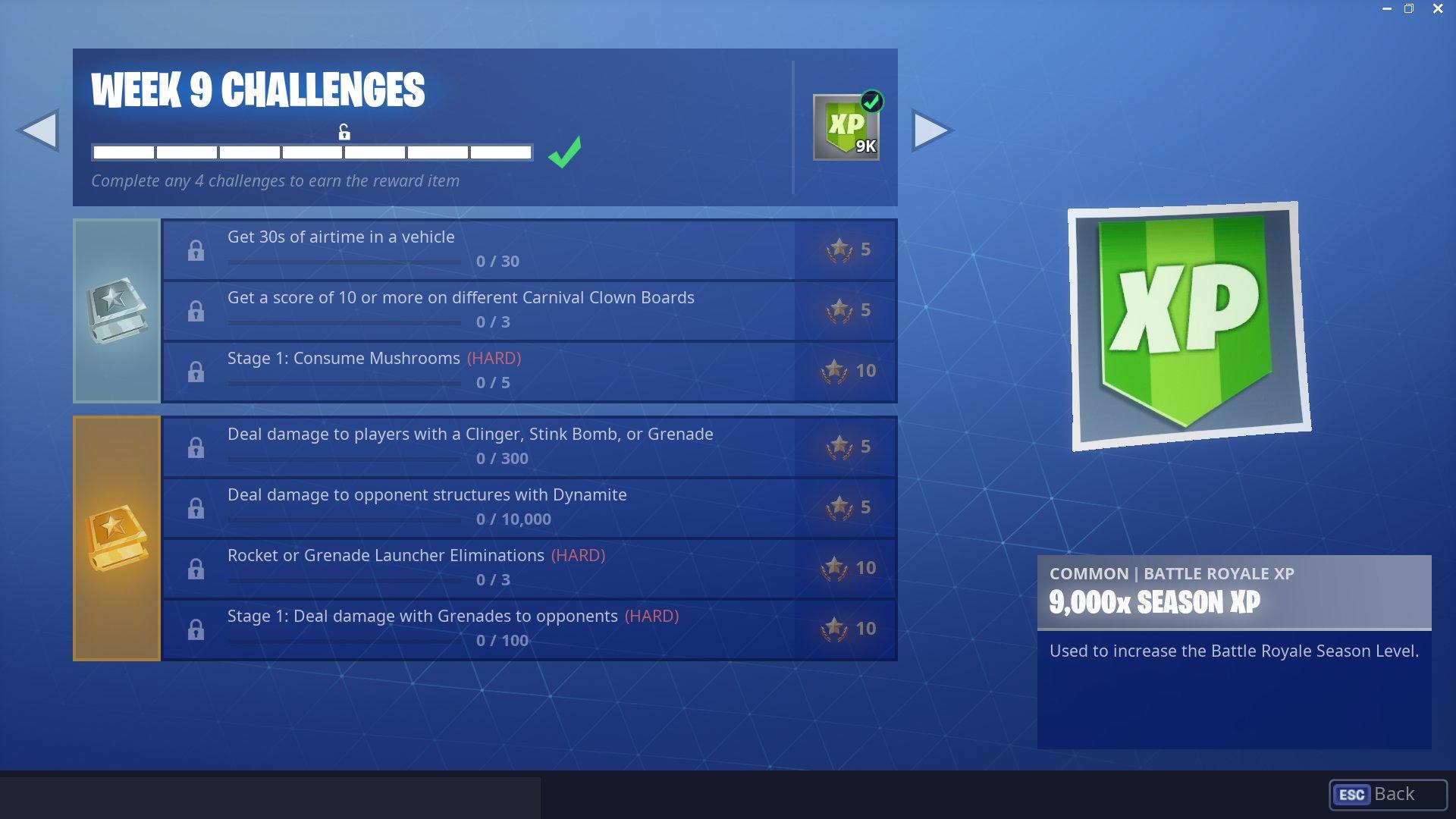 The challenges look significantly more interesting than most of the weeks in Season 6, and the inclusion of Dynamite and the clown boards means there’s something fresh about them. 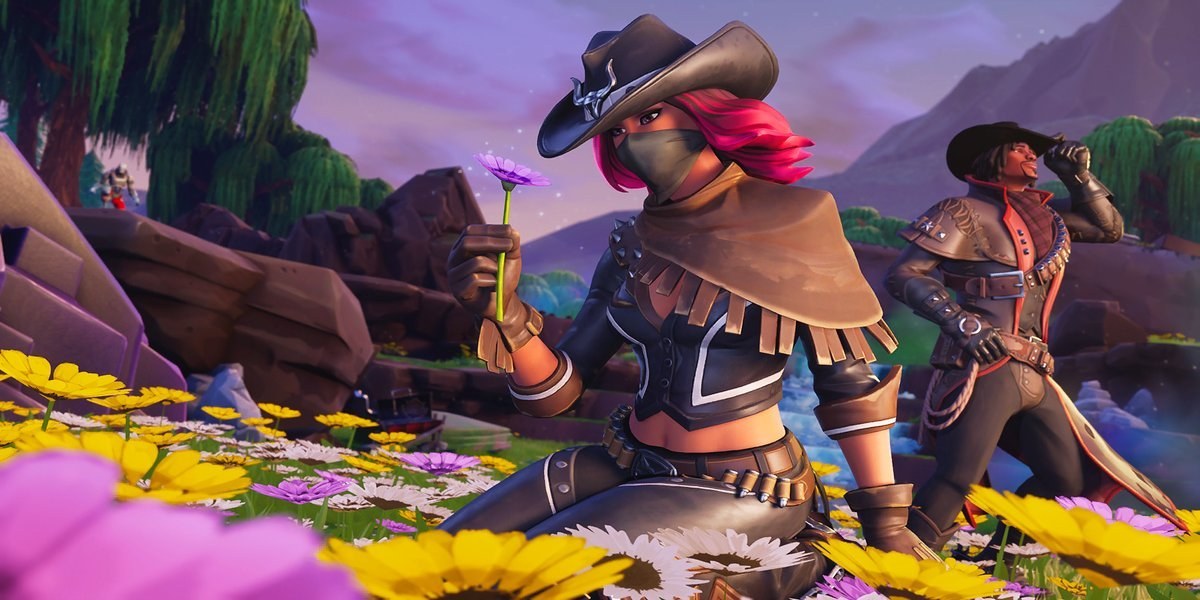 The weekly Hunting Party challenge returns for its eighth installment and this week you’ll be looking for a Battle Star!

For more information, check out our in-depth guide.

Get 30s of airtime in a vehicle

We’re assuming that you need to get a total of 30 seconds in different leaps, because one 30 second jump seems pretty far fetched!

Whether you need to accumulate all 30 seconds in the same vehicle, and during the same game, is currently uncertain.

So, Carnival Clown Boards have been added to Fortnite, and your task is to find some of the minigames and get a score of 10 or more on them.

For more information, including a map with all the clown board locations, check out our in-depth guide.

As there are five stages to this challenge, we expect you’ll be asked to consume various other health/shield as the challenge progresses.

Deal damage to players with a Clinger, Stink Bomb or Grenade

This is a pretty straightforward challenge on paper, so don’t be surprised if the wording changes slightly when they are officially announced.

This definitely sounds like a realistic challenge due to the fact that the Dynamite was added to the game in the November 20 v6.30 Content Update.

Completing it should be a simple case of lighting the fuse on some Dynamite and throwing it at anything built by an opponent. 10,000 damage might take a while though!

This is the sort of challenge that we wouldn’t be surprised to see switched out when the challenges go live. Check back later for confirmation.

Check back for more information on each stage once the challenges go live!